The haircut that inspired a movement

For Kalolo Steffany of the Samoa Voyaging Society, the idea to help a good cause came to him while he was aboard the Gaualofa contemplating a haircut.

"And then I thought why don’t I do a fundraiser and grow a beard for November? I know this was supposed to focus on men’s cancer awareness but cancer doesn’t discriminate. It isn't a gender thing, it's everyone's responsibility." 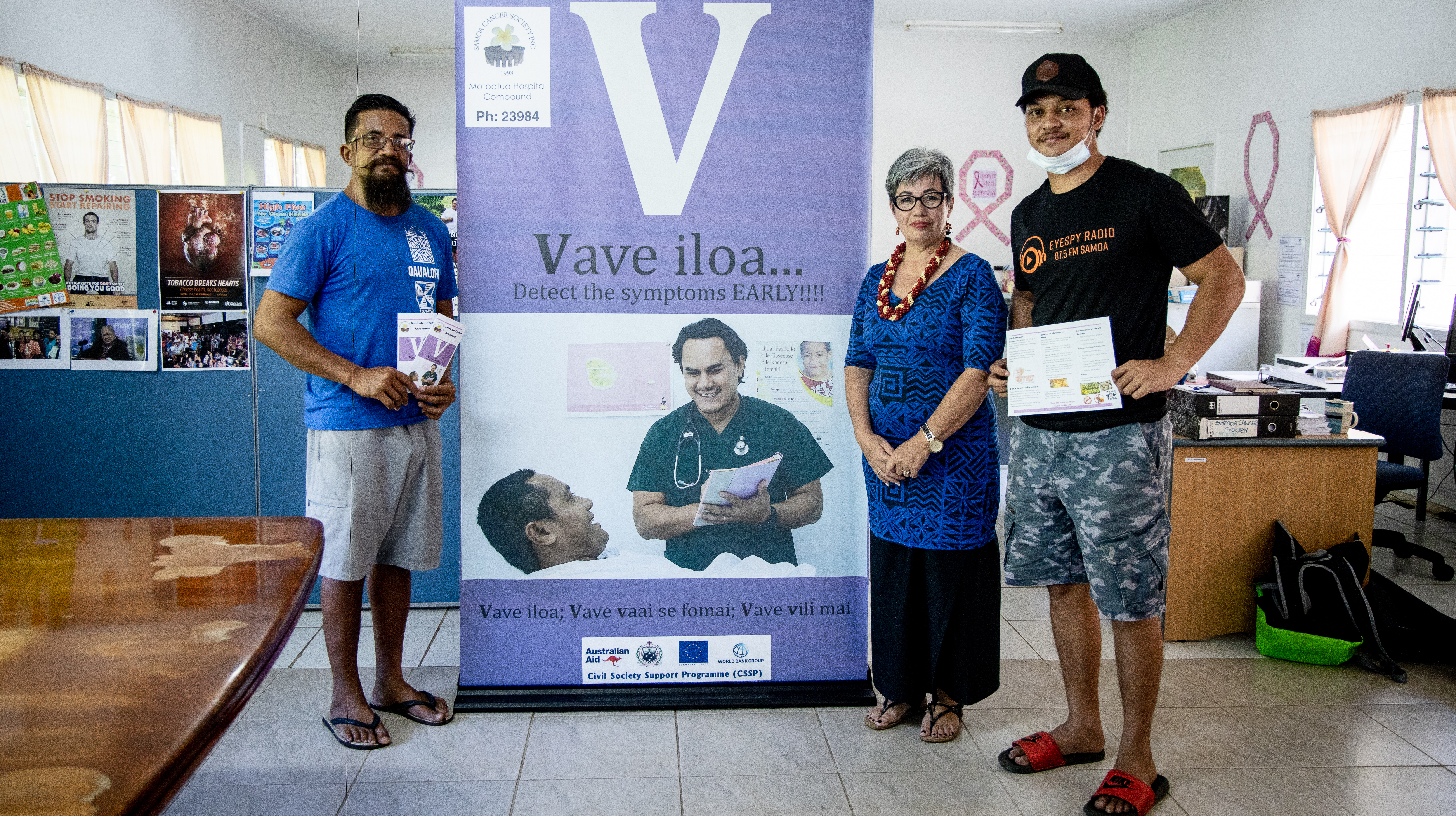 Mr. Steffany says that he also had his sister, Henrietta, in mind while formulating his plans. She lost her battle with cancer in 2013.

"So I got in contact with Danny Temu Malala at Top Cutz barbershop and I told him about my ideas, and then we got Ulugia Jay Schuster from Eyespy Radio on board to advertise. I just want to thank them both for coming on board and making this a reality," he saod.

It was then that the "Movember" fundraising was born, and Mr. Steffany plans to grow the movement in the future.

"It was all last minute [...but] it was definitely worth it. We’re looking to make it an annual event," he said.

The donation was received by the Chief Executive Officer for the Samoa Cancer Society, Shelly Burich, who says that she appreciates the efforts of local businesses promoting awareness in the country.

“I feel that the community has a very strong and important role to play when it comes to awareness and getting these messages through," Mrs Burich said.

"Take the measles epidemic for instance, it’s people being involved and sharing those messages and encouraging them to come forward. That is what we want to do with cancer awareness.”

Mrs. Burich says that in her time at the Samoa Cancer Society she has seen much growth every year and that she would like to partner with these local businesses in the future to further grow the movement of cancer awareness.

In time Mrs. Burich says that she wishes to get the same response for men’s cancer awareness as Pinktober, which is dedicated to breast cancer awareness, does every year.

"Just like Pinktober we wish to start small and gradually grow with businesses like these doing their part by raising awareness and complimenting our messages. They can help do the same for this future [Movember] movement.”

The future for November fundraising looks bright, as the Samoa Cancer Society accepts the donation and shows no signs of slowing down.

For Mr. Steffany, Danny Temu Malala and Ulugia Jay Schuster, their donations are given to a cause that is sure to make a difference in the long run.

The Congregational Christian Church of Samoa (C.C.C.S.) has postponed a 58th birthday celebration for their youth ministry after it was pushed back due to state of emergency restrictions.