The new Ambassador Designate of Japan, Genichi Terasawa, is eager to dispel any rumours of the efficacy of Kangen water for treating measles.

On Tuesday, Mr. Terasawa told the Samoa Observer that his Embassy confirmed Kangen water is not an approved medicine under Japan’s Pharmaceutical Affairs Law.

Kangen water is made using a machine manufactured by a Japanese company called Enagic, which is why the Mr. Terasawa was eager to assert the facts.

“The Embassy of Japan fully endorse the comment of the Samoan government officials, saying that local residents should not accept anything other than those recommended by health professionals, and that treatment delays can have life-threatening consequences,” he said.

He said he was anxious about the news that Kangen water had been used to treat measles when there is no proof it can do so.

The Embassy moved “quickly” to understand the facts of the situation, he added.

However, Mr. Terasawa said Japan itself cannot take any responsibility for how the Kangen water is used, and that individuals are responsible for their own actions.

But he was concerned for the health consequence of what he had seen.

For his part, Mr. Terasawa had never heard of Kangen water until he arrived in Samoa, nor had he tried it.

He researched it online for the first time after the news reports of its misuse were published.

Mr. Terasawa arrived in Samoa last month and will present his credentials to the Head of State next week in order to officially begin work as the Ambassador Extraordinary and Plenipotentiary of Japan to Samoa.

He could not confirm whether the Japanese Government will investigate further misuse of Kangen water, an alkalised water with advertised health benefits. 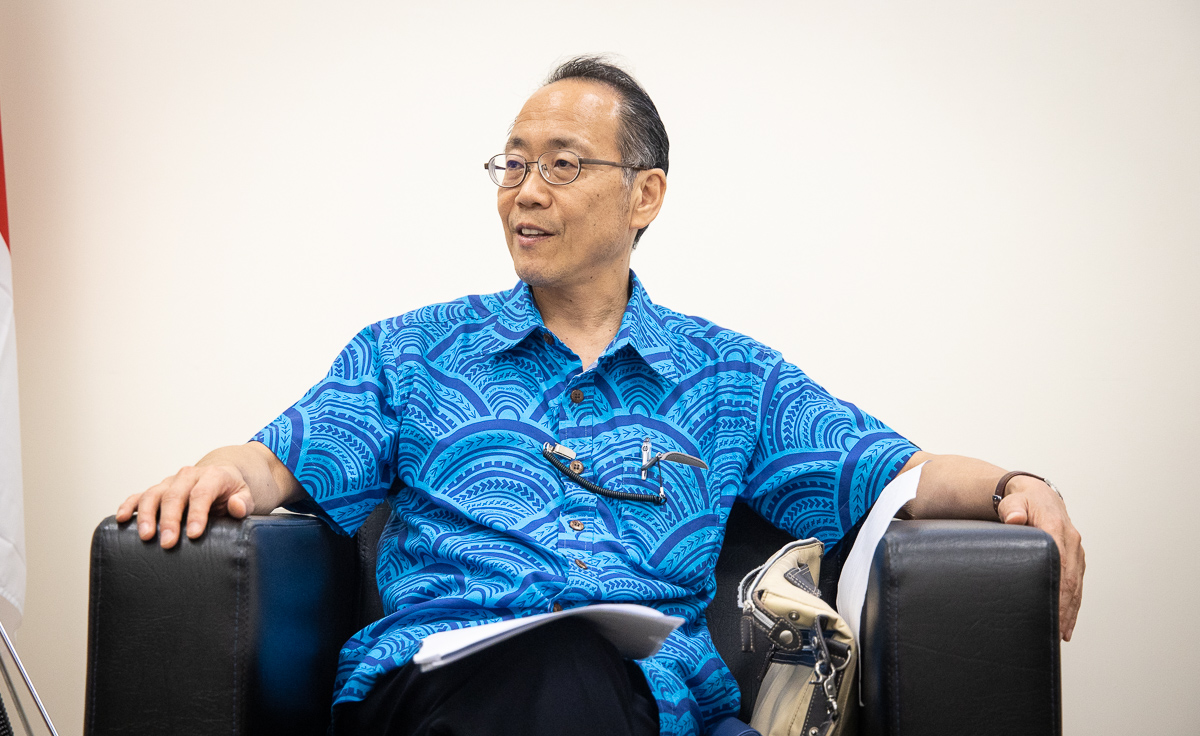