Along with nine nurses and a doctor, French Polynesia has delivered lifesaving immunoglobulin to Samoa’s most vulnerable babies sick with measles.

On Friday, a team from Tahiti arrived in Samoa to aid in the fight against measles, which has already claimed 53 lives and may yet take many more.

A neonatal doctor, Dr. Charline Leick Courtois has been deployed to the Tupua Tamasese Meaole Hospital while nine nurses are travelling on mobile units all week to vaccinate the population.

Team leader and nurse manager Lys Nguyen said the team will stay for a week and leave Sunday.

Two doctors, Marie Paule and Phillipe Biarez, were in Samoa last week to scope out what French Polynesia could still offer Samoa, while aid floods in from around the world.

During that mission, Australia’s Medical Assistance Team identified a profound lack of immunoglobulin in Samoa, a relatively rare treatment for a Pacific Island to have in stock. They told the scoping team who were able to answer that need immediately.

Immunoglobulin acts to fill in antibodies where there aren’t enough. For children too young to get vaccinated (under six months) this is lifesaving treatment. 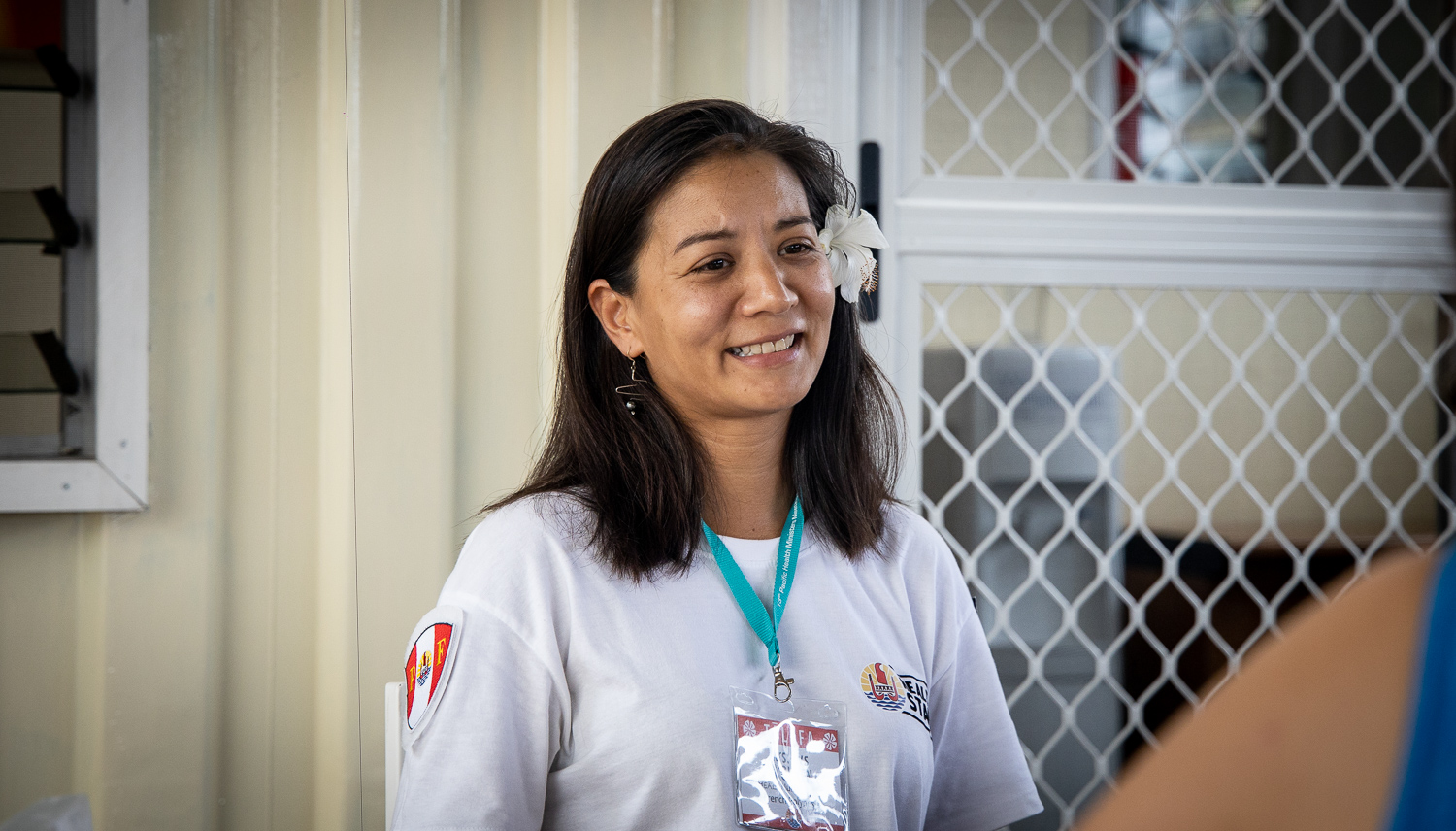 Francois Martel, assistant to the Honorary Consul of France, said the Australian team were not expecting to be able to source immunoglobulins in a hurry, and were surprised that French Polynesia had any at hand.

“They had stocks because they needed those for the epidemic of Zika,” he explained.

“They ordered a lot of this specific medication and it was in stock in Tahiti, so it was brought in within two days and used immediately.”

About 20 vials were brought immediately, and Mr. Martel imagines the country will need a lot more.

This week, members of the team have already travelled as far as Solosolo and Falefa in mobile vaccination units. One nurse, Line Urarii said Samoa looks exactly like home in her small atoll group outside of Tahiti.

Ms. Nguyen said the district hospitals and healthcare facilities are similar to what the team work in at home, making a smooth transition for everyone.

“It’s natural for them, the nurses say to me it’s like our hospital in Tahiti or the district hospital where they work. It’s exactly the same, they are not lost,” she said. Even the language barrier has not been an issue.

“We are Polynesian, so we’re the same.

“We are an island of the Pacific, you are our neighbour, and our friends. It’s very natural for us to come [and help],” Ms. Nguyen said.

Upon arrival, they were given the detailed treatment protocols translated into French, which is their native language.

The team have been struck by the warm welcome they have received in the villages they travel to for vaccinations. Women’s committees have been providing the spaces and shelter for their operations and making sure the nurses leave fed afterwards.

Soon, Samoa will join French Polynesia in making vaccination compulsory for children before they are allowed to start school.

Ms. Nguyen said it has been compulsory for so long there are very few issues. But whenever someone is nervous, having doctors talk to them about the importance of immunisation and explaining the science behind them has been the best way forward.

“They can have many, many [reasons they don’t want to vaccinate]. We have to give some scientific response. It’s important to give a real response to that.”

The team are here as organised by both the Government of France and of French Polynesia. 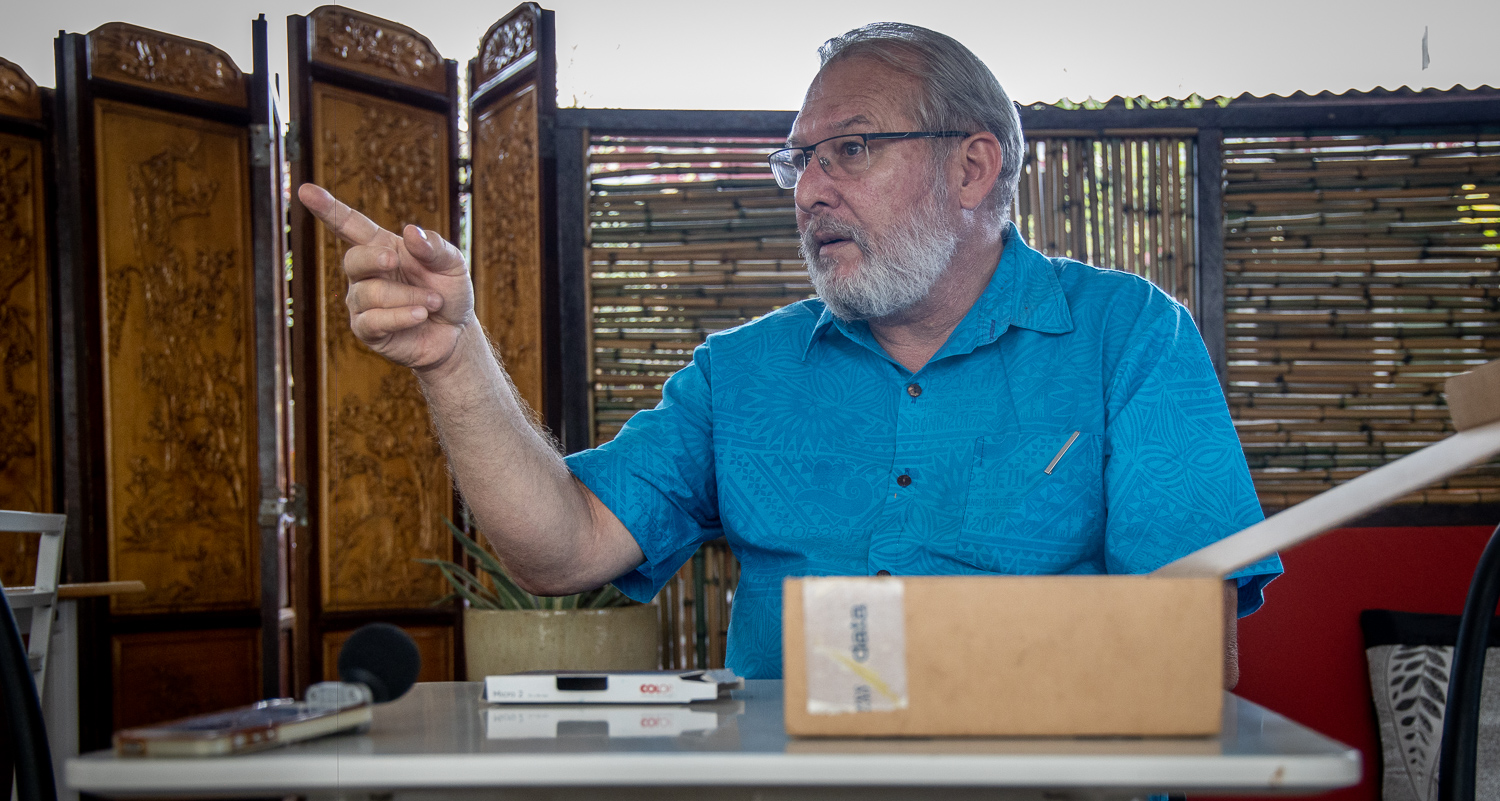 The Chairman of the Fa'atuatua i le Atua Samoa ua Tasi (F.A.S.T.) party, Laaulialemalietoa Leautea Schmidt, believes the Prime Minister's plan to "close loopholes" in legislation designed to stop M.P.s from crossing the floor and leaving their political parties is the ultimate admission that not all is well in the party.

The University of the South Pacific’s Pro Chancellor, Winston Thompson’s job may be on the line with another Council meeting being urgently scheduled this week.