Don Opeloge is ready to take on some of the best weightlifters at the World Cup in China (Photo: Aufai Areta Areta )

Samoan weightlifter, Don Opeloge is ready to take on some of the best weightlifters at the World Cup in China held in Tianjin.

Opeloge will leave the country with Weightlifting coach, Tuaopepe Jerry Wallwork, next week Sunday for the competition in two weeks’ time.

Speaking to the Samoa Observer, Opeloge said his preparations are on track.

““I acknowledge the Lord for blessing me with strength to continue my trainings,” he said.

The 20-year-old from Vaoala added that they train twice a day, from 5-6 am every morning and 5-7pm in the evenings.

“In all honesty the sport I have chosen is not easy; from trainings to competing it is a journey that challenges you greatly but with God nothing is impossible.

Don lifted a Personal Best total of 361kg, Snatching 160kg and Jerking 201kg, improving by 10kg since the World Championships in September earlier this year.

The Junior World Champion had personal best lifts of 160 kg in the snatch and 201 kg in the clean & jerk for a 361 kg total, all new Commonwealth and Oceania records.

“The competition in China will have some strong weightlifters from around the world and I know all these competitors are not competing for second place or third, no they are after the first place.

“Despite all that, I have faith in God who will give me strength and take away fear when competing for our country. 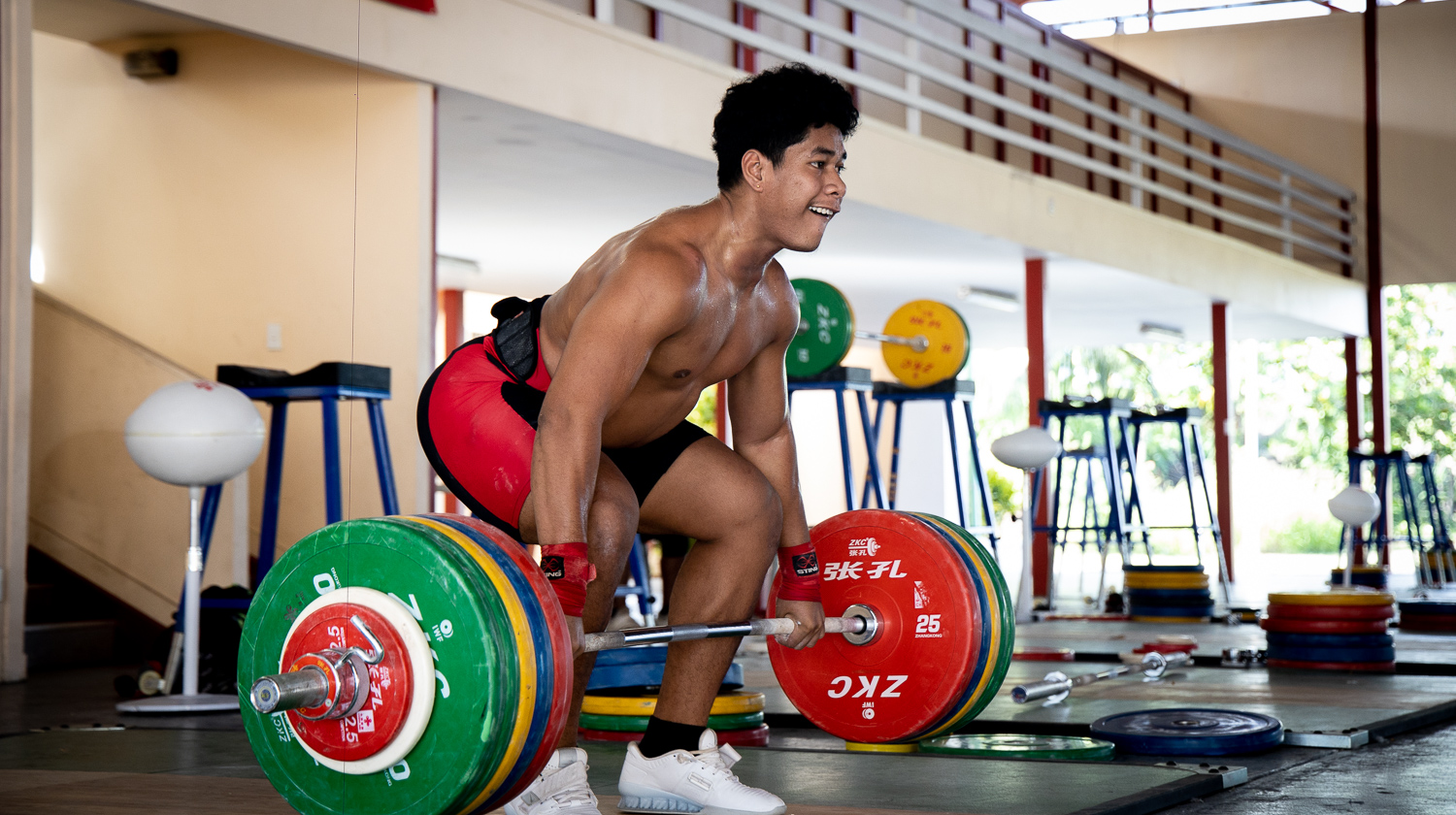 “If all goes well, glory to God first, then to my coaches, sponsors, supporters and families for believing me.”

Opeloge is ranked 29th in the world, and is an impressive feat given he was the youngest of the eight competitors in Peru at age 20.

His global standing improves to 18th when compared with just one athlete per country, as will be the case at the Olympics next year.

“My whole journey throughout this year has been challenging but it is a challenge that has allowed me to progress and improve in every way.

“With every competition and training it enables me to grow even more than before.

“In 2015 I first tried lifting weights at the age of 15 but I chose to pursue weightlifting because I wanted to continue my family’s legacy in this sport.”

His family has been his greatest support. 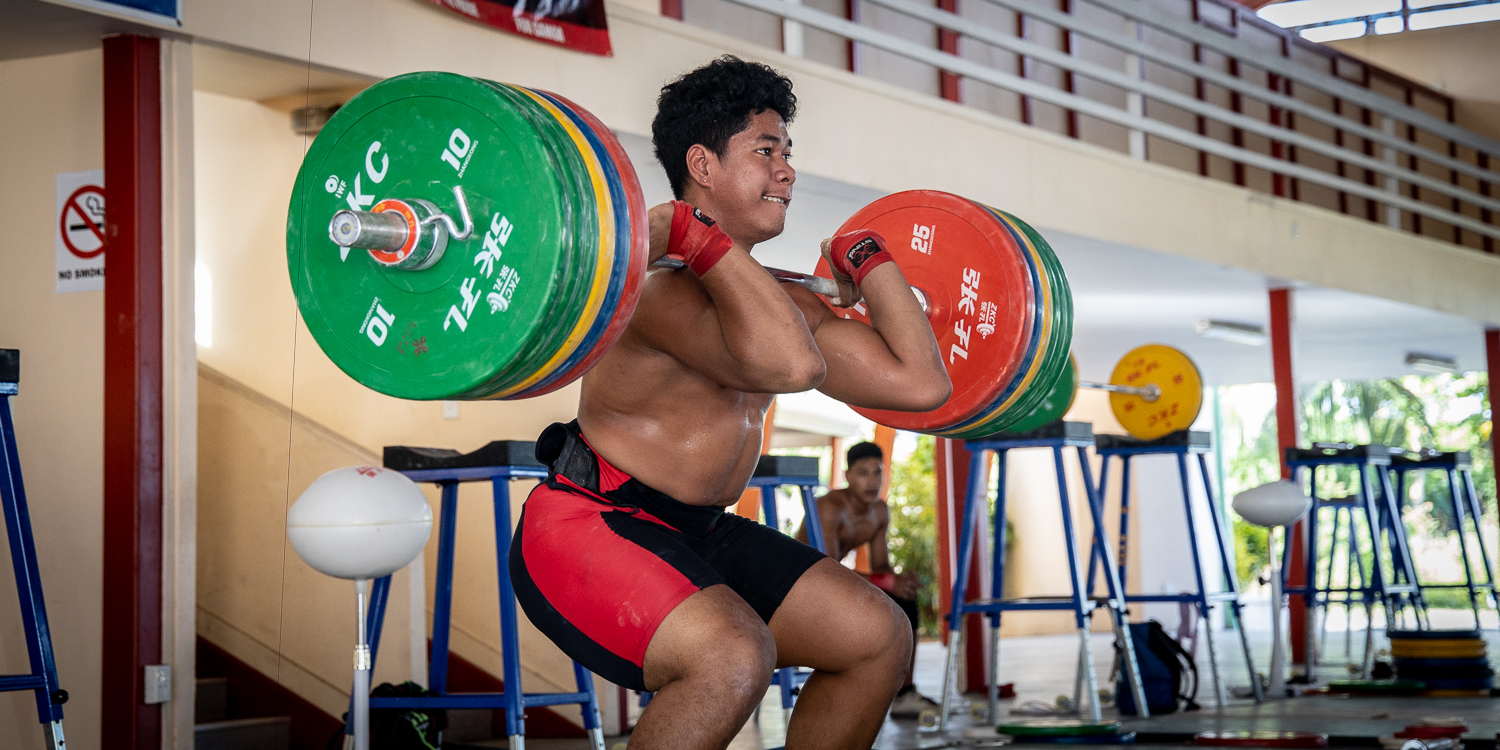 “I hope to achieve what some of my families members who were weightlifters have done in the past which is part of the reason why I am so determined to the best I can be to make them proud.

“My dream is to win a gold medal in the Olympics next year for my country. When I was eligible to compete I was overwhelmed with happiness because this is a great honour and I hope to do my best.

“I thank my coach Tuaopepe for believing in me and pushing me to be the best in my training, my family for their never ending support, supporters and also our major sponsor Samoa Water Authority (S.W.A.).”

Tuaopepe acknowledged S.W.A. for sponsoring the past three trips including the one they will leave for China.

"The goal for Don is to keep climbing up, he has great potential and win medals next year.

"Some people might say that it is impossible but I have seen how he has improved in 12 months and I know how he will improve in the coming months. He has proven he can become a junior world champion and I think he can do it again for the seniors."

More than 200,000 Samoan citizens have registered for the Government’s census and national identification scheme.