The model plane made out of gingerbread and on display in the lobby of the Sheraton Samoa Aggie Grey's Hotel, confirms that Christmas is just around the corner.

It is the brainchild of the hotel's Executive Chef Jiju Rajappen, who has been working on the gingerbread theme for the last three years he has been in Samoa. 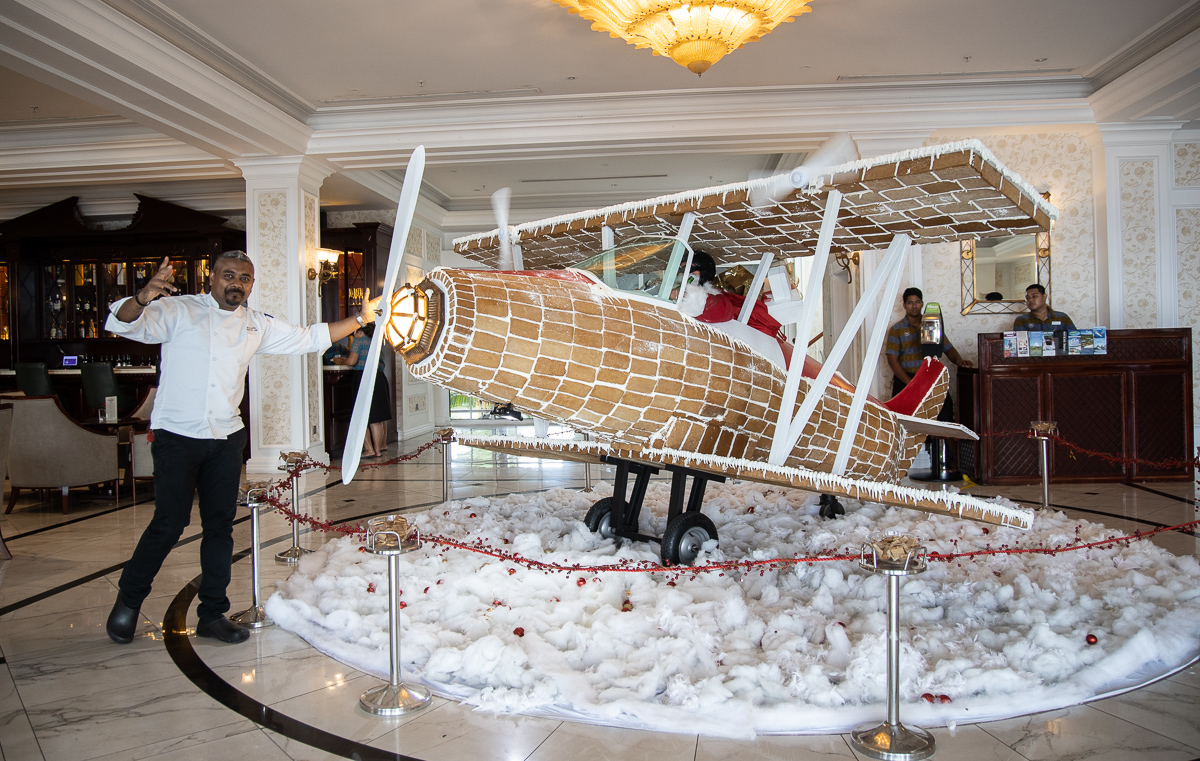 “On my first year here, we built a classic gingerbread house, last year we had a sleigh, but this year is the biggest model in Samoa to date," he said.

Mr. Rajappen says that this could not have been achieved without the work and dedication of his engineering and kitchen team.

Three engineers from his team helped construct the wooden model of the plane which took just over a month to build.

“We had a mix of carpenters and electricians who installed the spinning propellers and lights for the model. But we found the difficulties came from making the pastry.”

Due to the humidity, Mr. Rajappen says that the kitchen staff had trouble with sticking the gingerbread onto the airplane. But he says that the icing sugar acted as a glue to solve that problem.

It took Jiju’s team 3 weeks of meticulous baking to supply such a large amount of gingerbread. 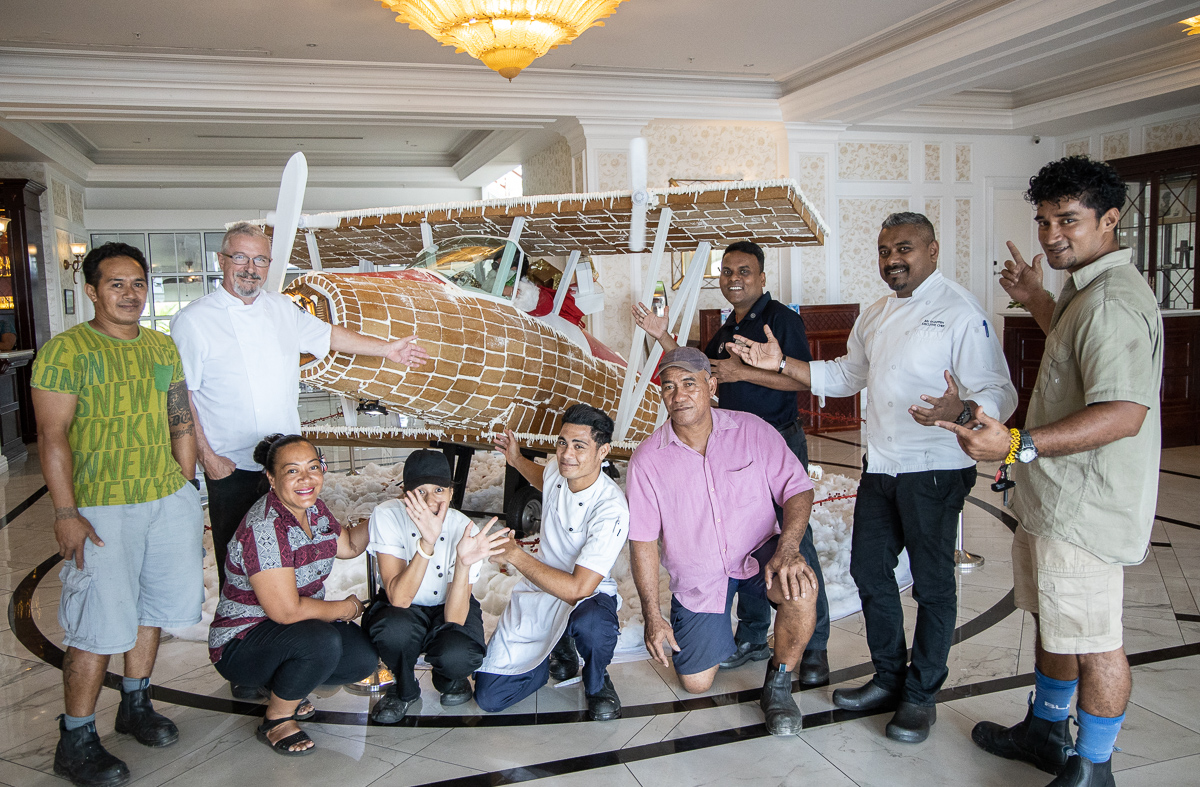 “It was a group effort, half-engineering, half-baking. It took us about 8 hours overnight to finish. It’s something that I have loved working on since coming to Samoa, and as you can see we’re loving the results," he added.

Mr. Rajappen has a history of building large gingerbread models in the past, his largest masterpiece being a life size gingerbread castle while working in Mexico.

“For our next project, we will be looking at making Samoa’s first sustainable Christmas tree made entirely of coconut husks which will be on display in our banquet area.”

The gleeful reaction from the crew members of Malindo Airways, who are in house guests, delighted the executive chef.

Mr. Rajappen’s creations will undoubtedly continue to amaze guests at Sheraton Samoa Aggie Grey’s Hotel, but for the moment they would like to take a moment to step back and fully appreciate their hard work.