Over 200 cases reported through campaign

The Samoa Victim Support Group's Saving Lives Campaign has enabled a mother to seek assistance for her daughter who was sexually abused by her step father.

This was highlighted by the Group's President, Siliniu Lina Chang, in a press conference at their headquarters in town on Wednesday.

A Board Member of the S.V.S.G., Mulipola Anarosa Molio'o, said that the campaign was revived due to the increasing incidences of infant deaths following their abandonment by their mothers.

“It is significant to promote awareness of our Help Line so that our people will know the number to call when they need help in any way,” she said. 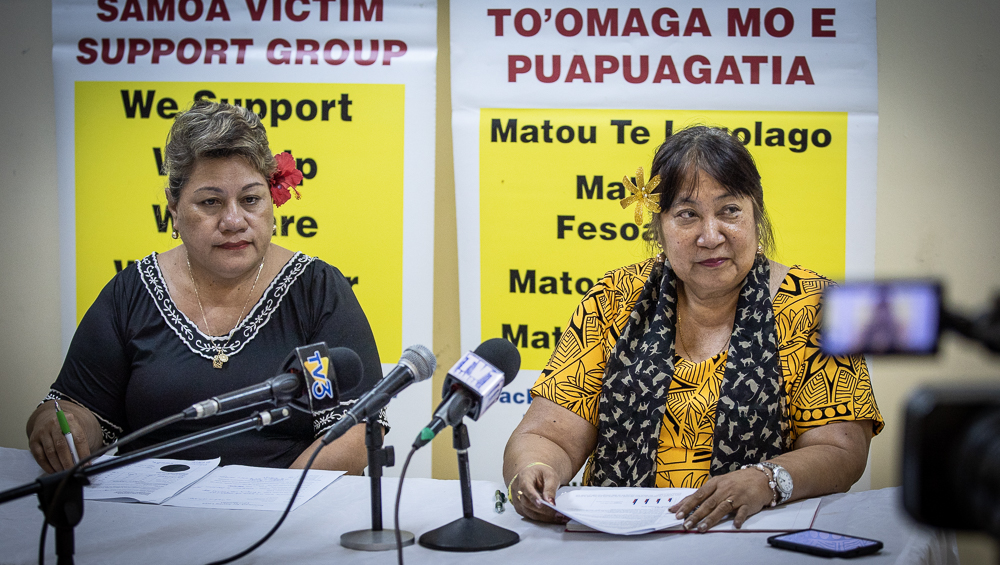 Siliniu added that there were 168 people who sought help via their Help Line while 115 were cases of people walking into their office.

“We have noticed a great improvement in terms of awareness, that our people have used the Help Line to contact us directly seeking assistance and support for any kind of situation.

“Our role is to provide assistance and if it is a legal matter we have to refer to Police to conduct investigations.

“The goal of the campaign is for the Samoan people to have improved awareness of support services offered by S.V.S.G. so as to minimize taking matters on their own hands.”

She added that some of the cases that were brought to their attention through their Help Line, included one of a family member reporting how a 2-year-old with disability was abandoned by his family.

“Another case was a young man with disabilities calling in to report matters requiring assistance when his family kicked him out of their home," she said.

“It also showcases that there is an increasing number of people calling for counselling support. An increase of in the number of people who called to become families for any abandoned babies.

“Some of the cases where people walk into our offices is a couple referred two child vendors who were abused on the streets of Apia."

The campaign's online support network also reported the case of a woman who was verbally abused and had suicidal thoughts.