Originally from Hawaii, anthropologist Dionne Fonoti moved to Samoa in 2009 and began work at the National University of Samoa’s Center for Samoan Studies (CSS) a year later.

She said that before she began, she had no idea about the archaeological significance of Samoa at the time, and was blown away by what she found out in her time at the Center.

There was progress in growing the field of archaeology amongst local Samoans – thanks to the support of the National University of Samoa – through former CSS director, Meleisea Leasiolagi Dr. Malama Meleisea, the foremost historian of Samoa, his anthropologist wife Penelope Schoeffel and the Centre’s current director, Togialelei Safua Akeli Amaama.

There is currently a major in archaeology and cultural heritage among three programs being offered at the CSS, but currently no Samoans with a PHD in their field to help progress this field of study.

The archaeological work undertaken by Mrs Fonoti and her department is not fully supported, consequently, the need for them to seek the support of donors as well as grants in order to carry out research projects.

“The work that we do is not easily affordable, and we understand that there are many more important work that needs to be done to infrastructure and environmental issues, and the University and the Samoan government can only do so much.”

Their first project in 2016 was funded by the U.S. government’s Ambassadors Fund for Cultural Preservation, which was earmarked to establish an archaeological heritage database in Samoa. They have also looked at funding from the UNESCO and the World Bank.

This growing interest in the conversation on Samoa’s archaeological developments is what Mrs Fonoti says is the reason, why they have to look deeper and that they must do so in a way, which is respectful of Samoan culture and protocols.

“It has been mentioned before that early ethnographers and records of Samoa were all palagi – and if it wasn’t recorded by them – then we tend to think things like the star mounds and other archaeological evidence never existed.” 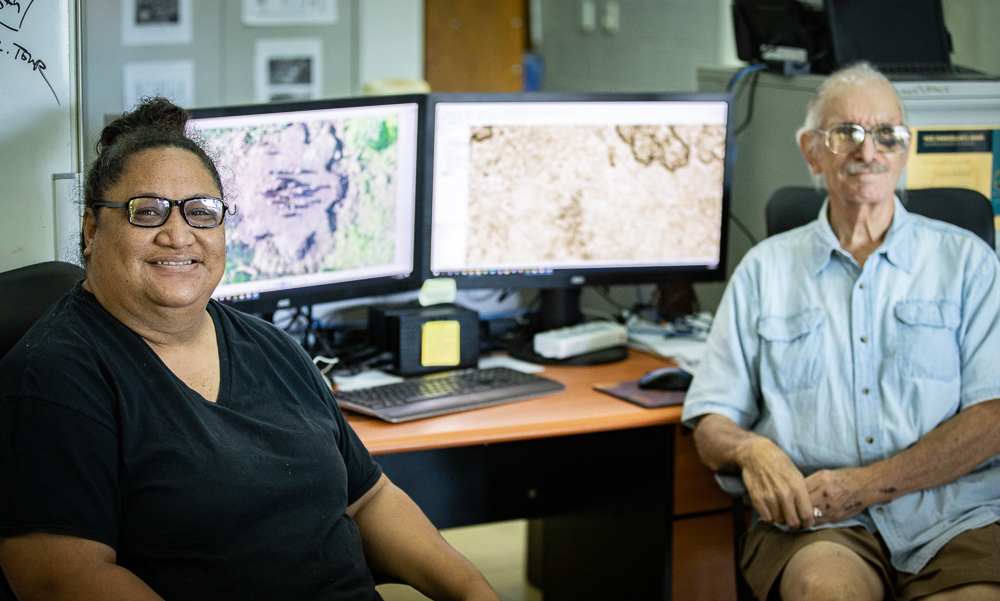 The work being done today by the University’s cultural heritage and archaeology department is changing the way Samoans see their history.

Mrs Fonoti finds that not only do these things exist, but they can be found in oral history and are not recorded in the early writings.

“We’ve gone through the literature of these ethnographers and seen that not everything is correct, and since all the research that has happened in the 80’s has been taken as the truth, Samoans who don’t know about these conversations in academia don’t have the chance to challenge them.”

Mrs Fonoti said the reaction of local academics at seminars and presentations of their research were stunned.

“They have never heard of this and heard about any of it and to see the photos is very shocking. I suppose us Samoans, being very confident in our culture and to uncover all of these mysterious findings can be uncomfortable.”

But the excitement seems to outweigh the shock, as Mrs Fonoti has seen an increase in the number of students in their classes.

When she first joined the Centre, she said she would be lucky to have at least 15 students in an archaeology class, which she attributed to the perception among local students that archaeology is a western discipline.

“The truth is that not a lot of Samoans are archaeologists. It isn’t something that’s taught in primary and secondary here in Samoa,” she said.

But that hasn’t been a problem for university students who want to learn more about their cultural past.

Having a strong sense of cultural heritage when conducting research is very important to Mrs Fonoti, who says that it helps as a practical element in exposing local students to archaeology. From the 16 or so students that she had in her initial survey, she now has over 50 students signed up for more exciting adventures.

“We like to use these projects as an opportunity for our students to get into the practical part of our line of work. That seems to be what appeals to them the most, using their hands and finding what our ancestors left behind,” she added.