His preliminary work on Samoa’s archaeological sites garnered interest over the years from scientists around the world and wooed regional and global media.

Coming to Samoa in the late 1970s as an American Peace Corp volunteer, Gregory Jackmond took an interest in prehistoric sites and did a survey of the Pulemelei star mounds in Palauli, Savai’i that had intrigued others 10 to 20 years earlier.

He found remnants of stone structures that dated back hundreds of years and upon his return to California in the U.S. at the end of his volunteer stint, he passed on his work to colleagues on the island.

But in October 2016 Mr Jackmond returned to the island, expecting his 40-year survey work to have answers to Samoa’s prehistoric past, but only to find that there was still more work to be done.

“There’s so much that is not really known about Samoa that basically every time that we go out to do archaeological work we find something new,” he said.

New findings include evidence of a greater population in Savai’i than previously thought, and their work suggests that Samoa’s population was twice what it is today.

Fieldwork in Palauli, Savai’i was successful, thanks to the help of Samoan anthropologist Dionne Fonoti.

“Thanks to the ground work that she laid out and with the help of students and Lidar technology, work that would have taken years only took about 3 to 4 months,” he said.

But Palauli in Savai’i is not the only area of archaeological interest to Mr. Jackmond, with different sites around Samoa, most notably in Aleipata, where ancient drainage systems were discovered in a first for Polynesia. 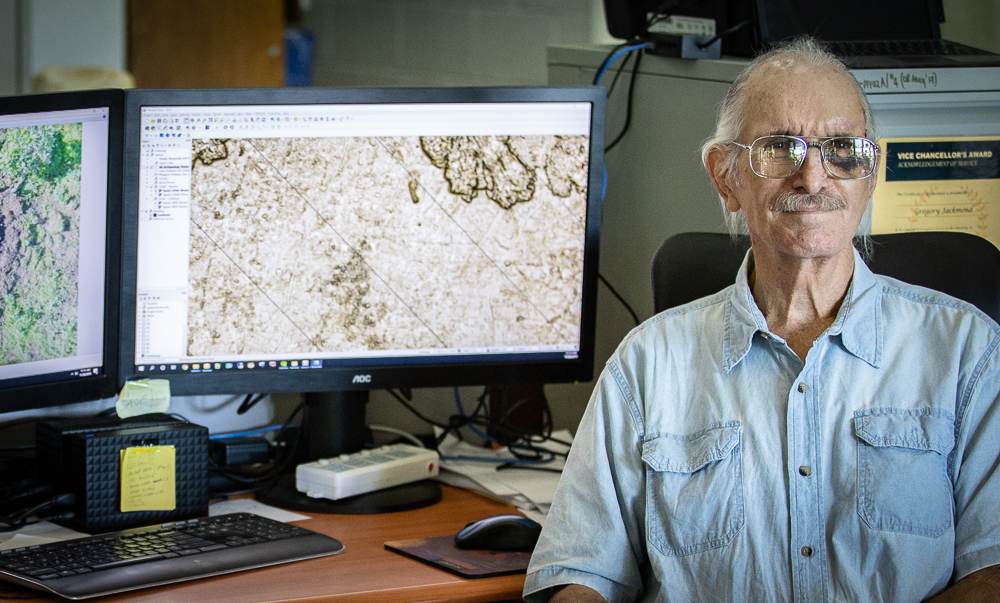 “These large drainage systems were not those that brought water to the fields, that is commonly found in Polynesia, but rather those that took water away from the fields due to so much rain in Aleipata,” he added.

The archaeological discovery would not have been possible without the use of lidar technology, which came courtesy of the Ministry of Natural Resources and Environment (MNRE), and is mainly used to assist land surveys uncover what laid beneath the undergrowth.

The large drainage systems, according to Mr Jackmond, showed large communal responsibility as opposed to chieftains and the important rules of other islands compared to the small groups of the Samoan aiga.

Mr Jackmond claimed Samoa has always been looked at by other archaeologists as a ‘strange place’, due to its different archaeological history from the rest of Polynesia.

“We kind of have to look at that and say, if this is the supposed birthplace of Polynesia, how can we have so much difference between us and every place else?”

In order to answer the question, the former American Peace Corp volunteer said he is studying the ‘virgin soil disease’ in north and south America. This was when migrant settlers introduced new diseases that decimated the indigenous populations of Polynesian countries such as Hawaii and Tahiti. However, this did not happen in Samoa until the arrival of the missionaries in the 1830s.

The findings of Mr Jackmond’s work remains inconclusive to this day. Questions such as the fate of Samoa’s missing population remains unanswered.

One takeaway, though, is he was able to use his information technology background to advance methods of conducting fieldwork from tape measures and compasses to the use of smartphones for surveys.

“When I did surveys in the late 70’s the idea was that what most archaeologists had found in American Samoa they did not expect for us to find here,” he said. “But the truth is it is everywhere in Samoa, everywhere you look there is something new to uncover.”

It would seem that this is where the heart of his work lies. In furthering Samoa’s reputation as an archaeological hub and unravelling the mysteries of Samoa’s ancient civilizations.