Fiji Airways first in the Pacific with Airbus A350-900

Frequent flyers of the Nadi-Apia route will have to wait to find out if they will travel on one of the world’s most modern wide-body aircraft, after Fiji Airways became the first airline in the region to commission a new Airbus A350-XWB.

The A350 touched down at Fiji’s Nadi International Airport last Saturday with airline staff and Fiji government officials part of the welcome ceremony.

Fiji Airways CEO Andre Viljoe said the airline was proud to be the launch customer of the A350 in the Australia-New Zealand-Pacific region.

“We are proud and humble about the leading role we play in aviation in the region, taking bold steps and accepting any challenges that comes our way,” he said.

A Fiji Airways spokesperson told the Samoa Observer that the new aircraft will be seen occasionally on the airline’s other routes but he was unable to confirm if it will be used on the Nadi-Apia route.

It is understood the A350-900 will fly its inaugural commercial flight on December 1 from Nadi to Sydney and Nadi to Los Angeles and is scheduled to operate daily between Sydney, Nadi and Los Angeles from January 1, 2020. 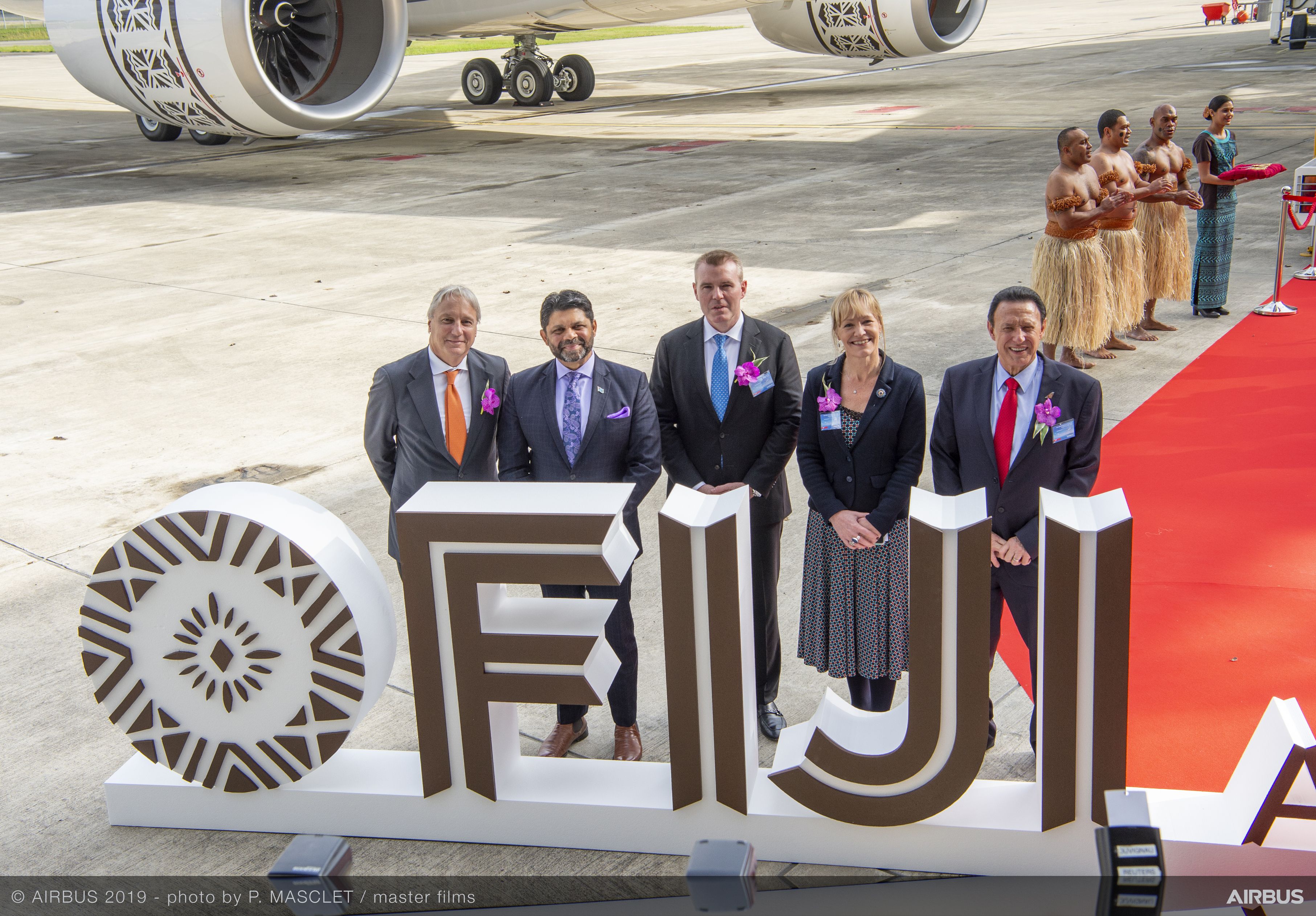 Announced in May this year along with its majority shareholder the Fijian government, the new A350 is part of the airline’s expansion plans for widebody aircrafts, with a second aircraft due in Nadi mid-December.

The selection of the new aircraft is part of the company’s five-year strategic business plan since October 2016.

The airline successfully brokered a deal between European aircraft manufacturer Airbus, Rolls Royce and Dubai Aerospace Enterprise (DAE Capital). This arrangement enabled the preparation of pilots and engineers for essential maintenance work on the aircraft in just five months, making Fiji Airways the only airline to achieve that to date.

The expansion of the airline’s fleet with two A350 sets the bar high for competing airlines in the region, such as Air New Zealand, Virgin Australia and the national airline Samoa Airways.

According to the Airbus website, its A350-XWB family of aircraft is one of the most successful wide-body aircrafts ever made, receiving 913 firm orders from 50 worldwide customers at the end of October this year.

It offers fuel efficiency using the latest aerodynamic technologies to reduce fuel emissions by up to 25 per cent, thanks to the aircraft's two fuel efficient Rolls Royce engines and carbon fiber design. The aircraft also has extra legroom space and an in-flight entertainment system for the added comfort of its 300-350 passengers.