Eleven suspects, including two couples, charged in connection to the nation's biggest-ever drug bust, worth an estimated $10 million, following a raid at Faleatiu this month appeared in Court Monday.

Nine men and two women appeared before Justice Leiataualesa Daryl Clarke in the Supreme Court yesterday. They have been charged separately.

Represented by lawyer Unasa Iuni Sapolu, the couple who reside in Faleatiu, are charged for possession of marijuana seeds uncovered during the Police raid on 8 November 2019.

Unasa sought bail for the couple, which prosecutor and Attorney General lawyer, Fuifui Ioane did not oppose.

Ms. Ioane also asked the Court for an adjournment to finalise the charges against the couple.

Justice Leiataualesa granted bail on conditions that the couple do not set foot at Faleatiu, are to reside in Vaiala and refrain from contacting any police witnesses including via the use of social media.

They are facing charges of possession of narcotics namely a plastic bag containing 13 marijuana branches and possession of marijuana seeds and about 40 rounds of ammunition for a 22 caliber rifle. 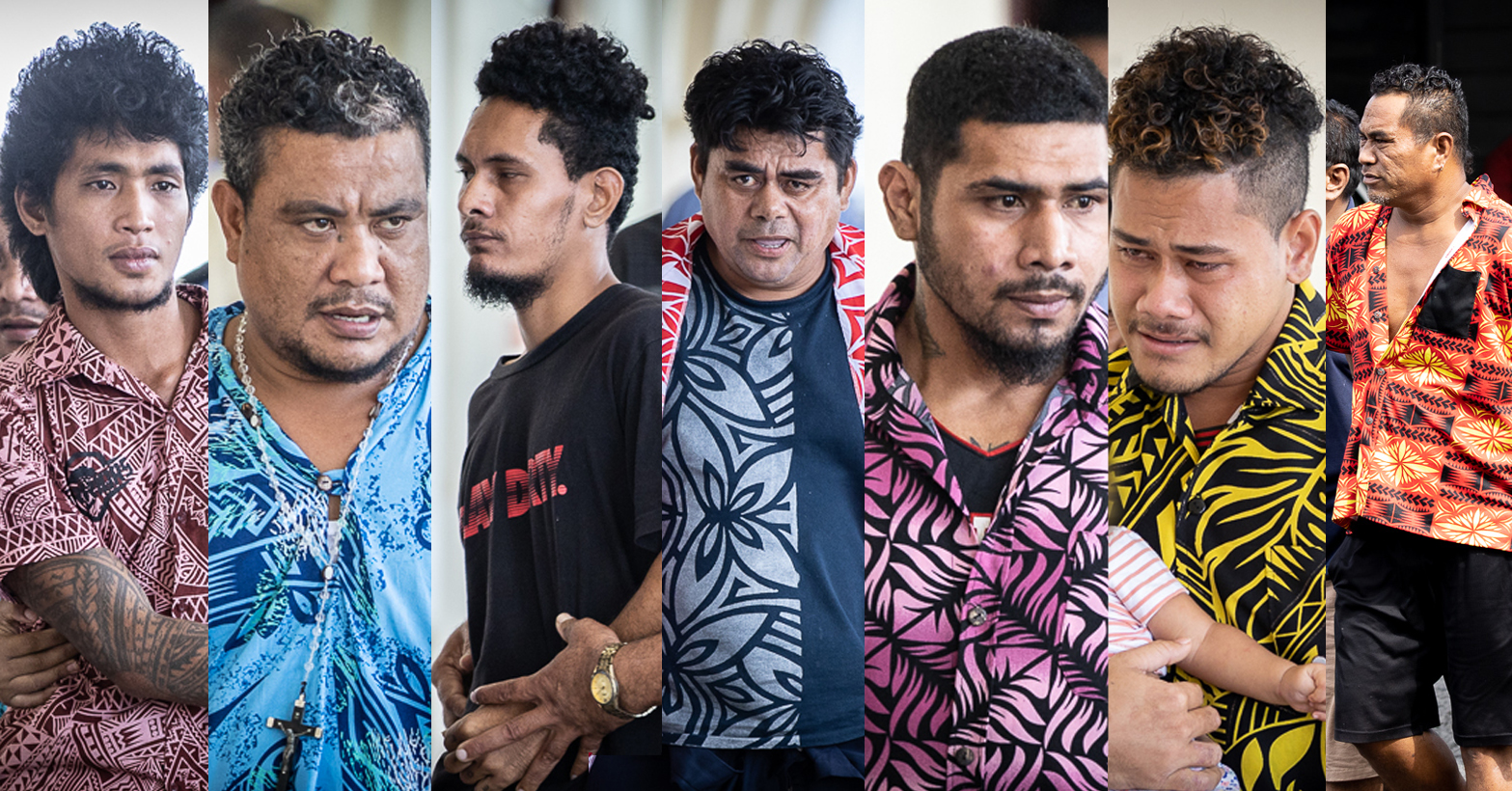 The prosecutor had opposed bail for the couple and are remanded in custody while Police finalise the charges.

Lealaitagomoa had been serving a life imprisonment term until he was recently released on bail.

Another suspect arrested from the raid, Tuanai Loka, is charged separately and appeared on his own.

Loka - who is also known as Tua Satia Leota - is charged with cultivating 10,900 prohibited marijuana plants, possession of ammunition and firearms; two 12 gauge rifles; one .22 rifle; and one .303 rifle.

Two other men: Iakopo Iakopo and Fauea Faavae have been charged separately with charges of possession of narcotics from the Police raid in Faleatiu earlier this month.

The prosecutor had asked for an adjournment to finalise all the charges against the defendants being separately charged in relation to the police raid at Faleatiu.

Justice Leiataualesa reminded the eleven accused that due to the nature of the offending they are not entitled to legal aid.

He urged the accused to seek legal counsel of their own expense if they wish to be represented by a lawyer for their proceedings.

The matter for all suspects has been adjourned until 9th December for Police to finalise charges.

Regulator to decide on wifi claims

The Office of the Regulator will make a decision on allegations that a free wifi programme being rolled out in schools is "illegal" and determine whether it went through proper processes. This was confirmed by the Minister of Communication and Information Technology, Afamasaga Rico Tupa'i.

Businesses across the country are registering a surge of interest and orders for clothing and food ahead more than a fortnight ahead of White Sunday.