Samoa’s flora and fauna will receive extra protection in new legislation that regulates their access including from companies, researchers and others that may be seeking to extract value from them.

Researchers or companies wanting access to Samoan plants, or genetic resources, will have to go through the Ministry of Environment and Natural Resources (M.N.R.E.) first to get a permit. In doing so, she will need to negotiate how the owners of those plants will benefit from giving some away.

The work is part of the wider project to conserve and protect biological diversity, sustainable use of resources and the fair sharing of benefits from them –whether that means cold hard cash, or something less concrete.

Alejandro Lago, who is in Samoa to support the work on legal access and benefit sharing, says ensuring the genetic resource custodians or owners get a fair share of their value is essential and there is an international instrument helping to make that happen. 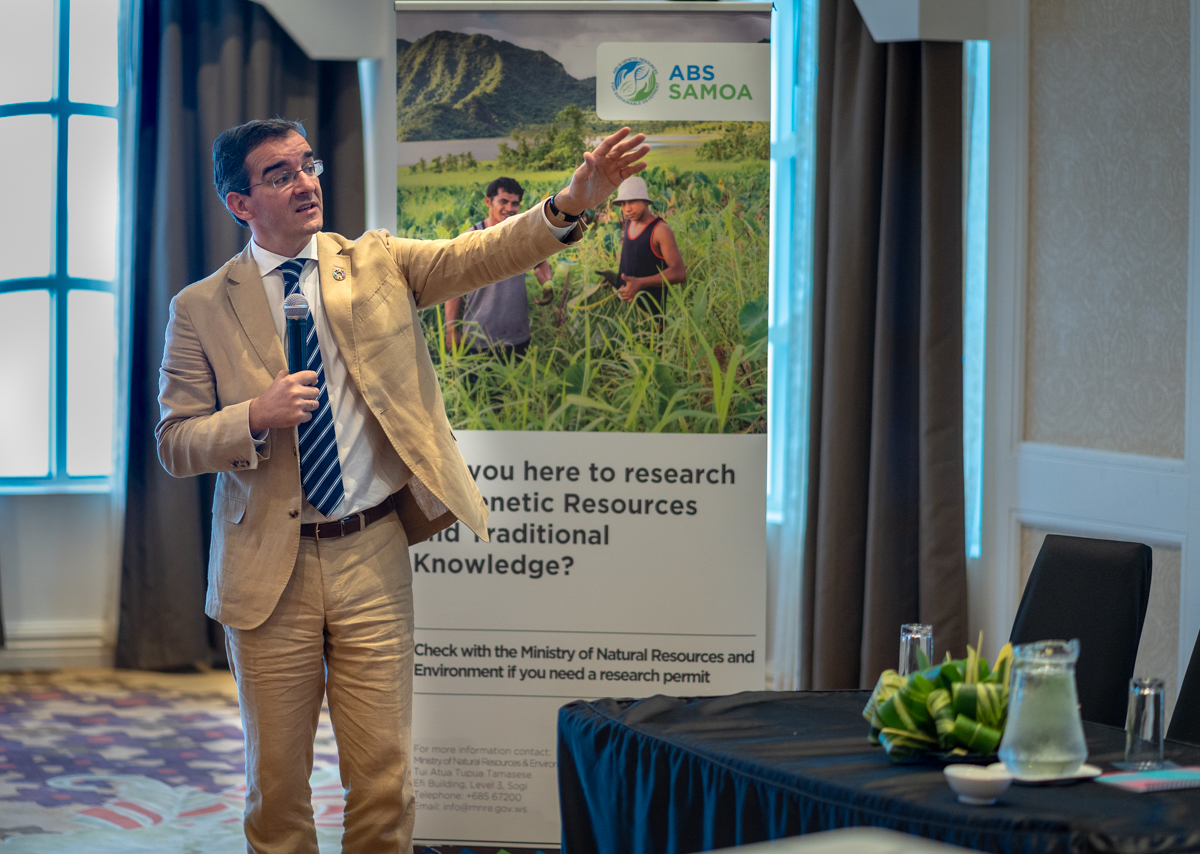 “The Nagoya Protocol is trying to introduce an international system in order to ensure that benefit sharing, legal access to genetic resources is taking place and that benefit sharing is going back to the countries and in particular to the indigenous people and local communities that are more connected, that are the custodians of that biodiversity,” he explained.

Mr Lago is the Manager of the U.N.D.P.-G.E.F. Global Project on Access to genetic resources and Benefit-Sharing (A.B.S.).

He said even in the recent past, genetic resources have been taken by researchers and private companies with no arrangement to return a benefit, be it financial or not, to the community from where the resource came from.

There need to be legal frameworks and systems in place in each country to protect people from having benefits withheld from them, he continued.

Samoa has prepared a draft of the legislation that would cover this activity and consultant Geoffrey Burton has reviewed it and found the gaps that need to be plugged before the draft is submitted to Parliament.

That includes issues like making permits for taking genetic resources exempt to people who want them for “research” purposes, and not commercial ones and allowing for situations if that researcher should change their mind later, Samoa may still not see the benefits from their work.

Having everyone across Samoa understand this protocol and its relevant legislation exists is the only way to ensure its success. In this way, if a researcher comes to collect samples of genetic resources without seeking a permit first, the custodians will know to ensure they go back to get one from Government.

Those custodians might be individuals on freehold land or entire families on customary land.

Before the redrafted bill is submitted to parliament, M.N.R.E will conduct further consultations and programming to ensure this is understood.

Mr. Lagos explained the important thing is custodians give free, prior and informed consent to their resources being used for research and commercial purposes, and that they get something out of it.

Monetary benefits like royalties are one way of benefit sharing, but that is not the whole picture.

“Imagine that you have a winning thing, a genetic resource that is the cure of cancer,” Mr. Lagos said.

“That is a winning lottery ticket, you want it in your pocket, but that may or may not happen; only one out of ten thousand genetic resources give us that kind of lottery ticket.

“Then the important thing is to get benefit from the entire process.”

If researchers have to include the custodians of the flora or fauna in their research process and share the learning benefits, upskilling local scientists or developers on the procedure, the community may gain more than merely the promise of royalties from a possible drug or treatment.

“What the convention (on biological diversity] is saying is that you should be fully involved in the process and that as far as possible the research should be conducted here,” Mr Lagos said. If the resources to conduct the research are not available in Samoa, custodians should be enabled to follow the research where it may go.

“This gives importance and relevance to your knowledge, to your resources.”

Samoa is the first Pacific nation to implement a registration system to ensure legal use of genetic resources, called an Access and Benefit Sharing Clearinghouse.

It works by building a checkpoint to anyone attempting to use or move genetic resources. If someone takes resources from Samoa all the way to Spain, for example, anyone they turn to for funding is required to see that genetic resources permit, Mr. Lago explained.

The clearinghouse may help grow an understanding of which resources are being sought after by researchers or biotechnology companies, he added, something that is not fully known yet.

“One of the problems is that we don’t know the value of Samoan genetic resources in general and in particular which ones are more interesting for biotech companies.

“It could be an approach for Samoa to identify which are our key endemic genetic resources to check what is happening with them around the world.”

There is a catch – these rules only work in the jurisdictions that are party to the Nagoya Protocol. There are 114 of them, including the entire European Union, but Australia and New Zealand, Samoa’s close partners and home to potential researchers, are not parties.

It could also protect that knowledge from being patented by a third party.

“Imagine you are a holder of traditional knowledge,” Mr. Lagos said.

“You can go to the register to register your knowledge, or the knowledge of your community, and that will protect it from being appropriated by a third party.

“Then, when I go to register my patent they will say no, look, they registered this as traditional knowledge, so there is no innovation and therefore you cannot receive that patent.”

But sometimes, in registering traditional knowledge at all, especially when it comes to medicinal plants, their value is diminished.

Some traditional knowledge has been confidential to its practitioners for generations, so publishing it and protecting it are in tension.

“To a certain extent we want to register that knowledge before we lose it but if we publish that we lose connection and rights of the holder,” he said.

Then, if the register was somehow confidential too, that wouldn’t help protect traditional knowledge from disappearing.

“But that doesn’t solve the problem at the community level because you keep losing that knowledge, because it’s hidden and because new generations don’t live in the community or they don’t care about it.”

Samoa is one of 23 countries getting support to implement the Nagoya Protocol with some funding and expertise to get legislation and regulation in place before any more genetic resources are taken without agreements over how the benefits will be shared.

The Nagoya Protocol is a treaty under the Convention on Biological Diversity, a convention which focuses on the conservation of biodiversity, the sustainable use of  resources and the fair and equitable sharing of the benefits arising from the utilisation of genetic resources.