A California-based Samoan has been bestowed with the Suluape title at Lefaga.

Fourty-three-year-old Suluape Aiku Sale was bestowed with the title during an intricate ceremony on Saturday.

In an interview with the Samoa Observer, the new holder of the Suluape title acknowledged that with the title comes responsibilities and it was a journey he is willing to take.

“I’m on a journey to take it around the world and let everybody know that this little rock in the middle of the Pacific Ocean has very powerful men,” he said. “I’m very honoured actually I’m six foot three and I feel six foot six so I feel taller so it’s a very great honour.”

Tattooing has been an important part of Suluape’s life as well as his three children, and he continues to cherish his Samoan culture and roots, which he is bringing with him around the world.

First getting into the ancient art in his freshman year, he said he is now looking into learning how to ink the traditional Samoan tattoo (Tatau). He plans to return to Samoa next year to get his tatau done.

“I know a lot about tattooing and it’s all I’ve been doing. The art of Samoan tattooing is very difficult. I’ve seen a lot of tattooists and their art and a lot of them portray and try to imitate our work that they’re not Samoan descendants.” 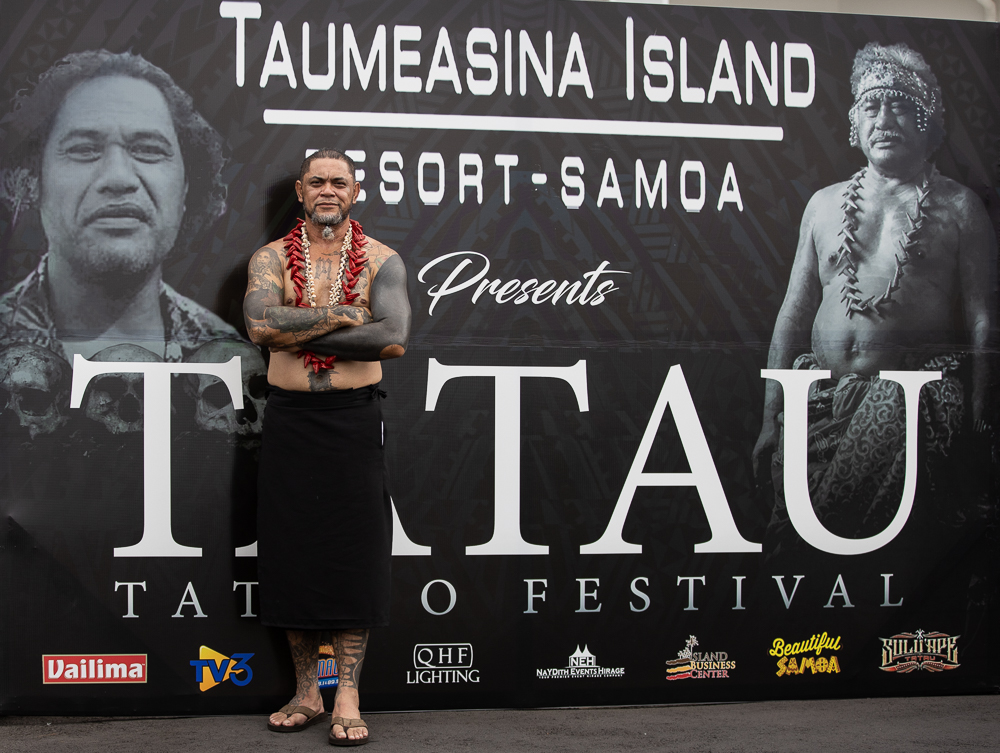 While not saying that of the practice of non-Samoans taking up the skill is bad, Suluape said it was sad seeing they were treating Samoan culture.

“I’m not saying that it’s bad but it’s sad to see our art being butchered or something so with my title like this and I reside in California, I’m very warmed up and respectful.”

The bestowment ceremony was a wrap-up for Su’a Suluape Alaiva’a as he passed on his tools and responsibilities to his sons.

Now with his new responsibilities following the bestowal, Suluape said things will change.

He said his style of tattooing will be more traditional and more targeted as it will show respect and honor for the Suluape name and family.