Vaccinating the entire population of Samoa is the “right thing to do” in light of a measles epidemic.

That's the message from a respected voice in the medical profession and the Vice Chancellor of the National University of Samoa, Aiono Dr. Alec Ekeroma.

Since late August, there have been 1,797 cases of measles in Samoa, with daily reports of new cases in the hundreds.

Fourty per cent of cases have required hospital treatment for the disease which can result in deadly complications.

The only prevention against measles is vaccination, typically given in two doses to children aged 12 and 15 months. It is a highly contagious disease, one case of which can spread to dozens of people, and so the only prevention for epidemics is national immunisation rates of 95 per cent, according to the World Health Organisation. 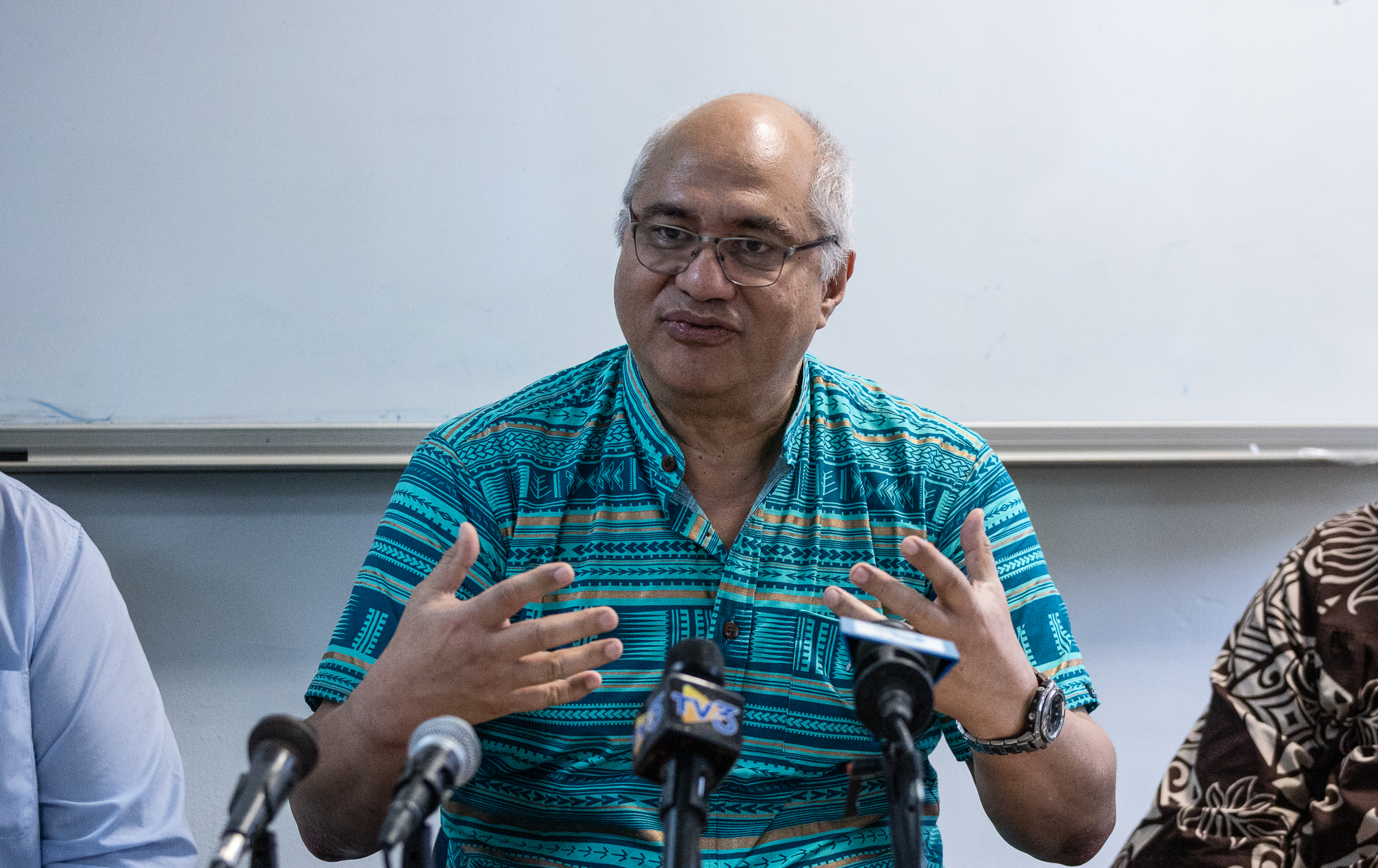 Aiono believes that while action could have been taken sooner, vaccinating everyone by way of a mandatory State of Emergency order is the “right thing to do,” even if it doesn’t prevent more cases or even deaths this year (the vaccine takes two weeks to take full effect).

“It will prevent complications and build herd immunity in Samoa, preventing further epidemics down the line,” he said.

“I am hoping now that more staff from New Zealand and Australia have arrived with more vaccines, hopefully that will mean by the end of next week the whole population could be vaccinated,” he added, optimistically.

“If people are actually showing up to those vaccination sites with the number of people coming across we should be able to vaccinate the population, providing we don’t run out of needles and vaccines.”

There are more than 30 fixed stations established for vaccination and mobile clinics are roaming villages.

On Wednesday, clinics at the Red Cross in Tuana'imato, Myna’s old Supermarket in Vaoala and village houses in Lepea and Vaimoso reported vaccinating hundreds of people each.

The high turnout is encouraging. The higher rate of measles cases may also be slightly attributed to more people reporting their cases to the hospital and not treating sickness at home, Aiono said.

“It looks like everyone is aware of the emergency and the importance of vaccinating and getting to hospital early,” he said.

“People are more sensitive to having things checked before they get worse.

“There are now more and more doctors at the hospital now who are ready to see and diagnose children with the illness that come through their doors.”

While measles ravages the country, other life threatening illness are not taking a break, he added, saying not every case presented to hospital will be measles.

Aiono has been a practicing doctor for decades, and was instrumental in the establishment of the N.U.S. School of Medicine.

He said the Ministry of Health may have been caught off guard by this measles epidemic.

“I think the Ministry of Health were hoping really that this was going to be only a few cases and I think they were caught out, for sure.

“Looking at other countries like American Samoa who have called [a State of Emergency] early, that is because they have learned from the experience in Samoa.”

Like Director General of M.O.H Leausa Dr. Take Naseri and others, Aiono points to historically low rates of vaccination coverage as the cause of the rapid spread of the disease.

But he suspects the Ministry could not have known quite how low the rates were, or they would have acted sooner.

“If the Ministry of Health were aware that immunisation rates in Samoa were that low, then seeing how the measles virus was spreading in Auckland, we should have actually called a State of Emergency earlier and actually vaccinated the whole population,” he said.

“If adults are being affected it means either the vaccination was not done effectively for many years.”

The majority of cases are in younger people, the bulk of which are between one and four years old. World Health Organisation figures reveal the last five years have seen vaccination rates skydiving from 90 per cent in 2012 to 31 per cent in 2018 (for the first dose of measles containing vaccine).

Sadly, 231 of cases are in children six to 11 months old, who are not scheduled to be vaccinated until 12 months. 145 cases are in even younger children, ineligible to be vaccinated at all (but typically somewhat protected by antibodies inherited from their mother or passed on through breastmilk).