Families say they are stuck, divided or have had their end-of-year plans in disarray as a new state of emergency measure preventing children from travelling to the big island took effect on Thursday.

The state of emergency provisions prevent children from gathering in public but also from travelling from Upolu - where 98 per cent of the epidemic is concentrated - to Savaii.

A mother-of-six from Safotu, Savaii was in tears on Friday when she was told her children could not board the ferry due to orders of state of emergency.

"No child under the age of 19 can travel between Upolu and Savaii, until further notice," according to the orders which took effect from Thursday evening," she said. 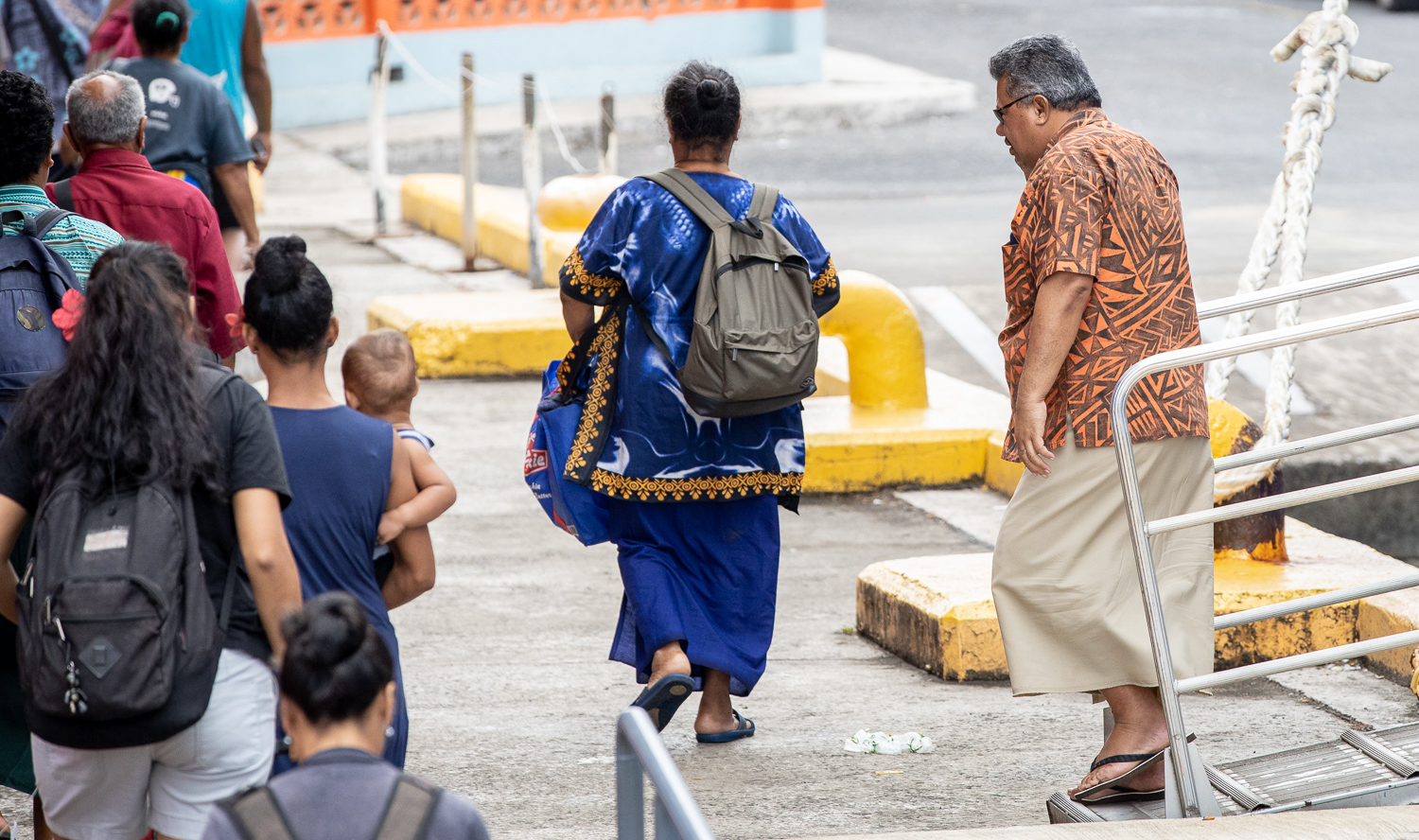 But despite the travel ban’s strict enforcement, the Samoa Observer noticed another of the state of emergency conditions being flouted in the presence of senior officials on Friday: a ban on children under 19 congregating.

The MV Lady Samoa III that departed Salelologa had several children on board..

Also aboard the vessel were Associate Minister of Health, Tofa Li'o Foleni and Director General of Health, Leausa Dr. Take Naseri who were travelling to Upolu.

When the Samoa Observer approached Tofa for a comment, he declined to comment and said that everything has been referred Govt. Press Secretariat.

Leausa had only last week blamed local schools for disregarding Government edicts banning school prize-givings for the rising epidemic, which now has infected a suspected 1,100 people.

Speaking to the Samoa Observer, 34-year-old Faifua Siala, said her family had travelled to Upolu by boat on Thursday to visit a relative who was gravely ill on the assumption that they could return on the Friday morning home.

“We had no idea that a ban has been put in place for children to travel between Upolu and Savaii,” she said.

The 34-year-old added that they only found out about the ban upon arrival at the Mulifanua wharf.

“My children were not allowed to board the ship, I cried and begged the ship operators to please let us leave because last night my husband called that our ten-year-old child got sick and was rushed to the Tuasivi hospital," she said.

“We were told that the ban is for the children’s safety but I tried to make them understand that it was [given with short notice] and we did not hear anything until today.

“The saddest part is that the ban does not have any date which indicates when it will finish but what if something happens to my child back home.”

She added that there is no use returning back home when something worse could happen to her sick child.

“My family, which stayed at in Upolu, is at Falealili, we do not have enough money for travelling expenses because the only money left was for our fares for the ferry back home,” she said.

“I can’t think straight, my mind is filled with worry and concern for my sick child and yet, it is scarier with all these children losing their lives to the measles epidemic.

“How can I sleep at night knowing that my child needs me but there is nothing I can do? 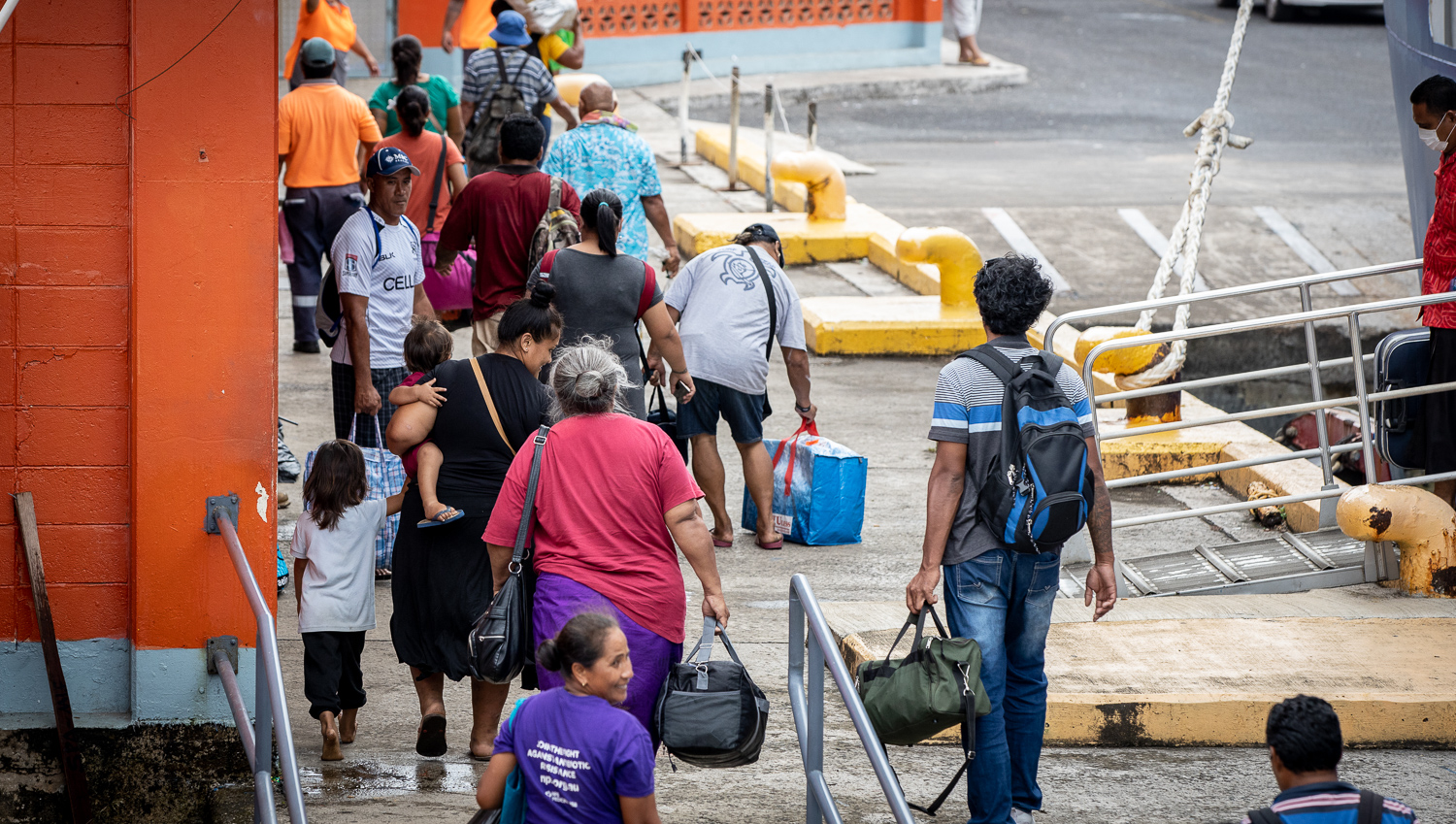 Another distraught father, Fialii Tuilimu, who was planning to leave for the ferry to Savaii with his wife and one-year-old child supported the fact that there was not enough awareness on the ban.

“We had no idea that there was a ban, originally we came to Upolu last week Friday to say farewell to my brother who is leaving for New Zealand,” he said.

“They should have notified on television stations that they will enforce a ban because some of us travelled from faraway villages just so we can catch the boat.

“But we are concerned that our families back home in Taga will worry about us not returning.”