A three-year-old boy from Toamua-uta has become the latest child to fall victim to a case of suspected measles.

And, while they are mourning the death of his son, the family lives in fear as seven other members of the same family have fallen ill with the disease, he added.

“His untimely death is worrying us and I fear for my other children if they are even safe at home or anywhere,” he said.

“My children including my youngest son have been kept home since the epidemic so I don’t know how he got the disease.”

Attempts are being made to get a comment from the Ministry of Health about the death of Meki and other separate cases.

But Mr. Tavita explained that his son could not be admitted at the hospital when they took him there on Tuesday last week.

“We were told he could not be kept at the hospital and so we went to find help from traditional healers,” he said.

“We took him back to the hospital on Saturday when he was really weak and wasn’t responding. He died there.”

His son will be buried today.

Mr. Tavita lives with his in-laws, a total of 14 people in the household.

Just ten meters away from their family home is his in-laws immediate family of eight people.

According to Mr. Tavita, most of them including five children are suspected to have measles. 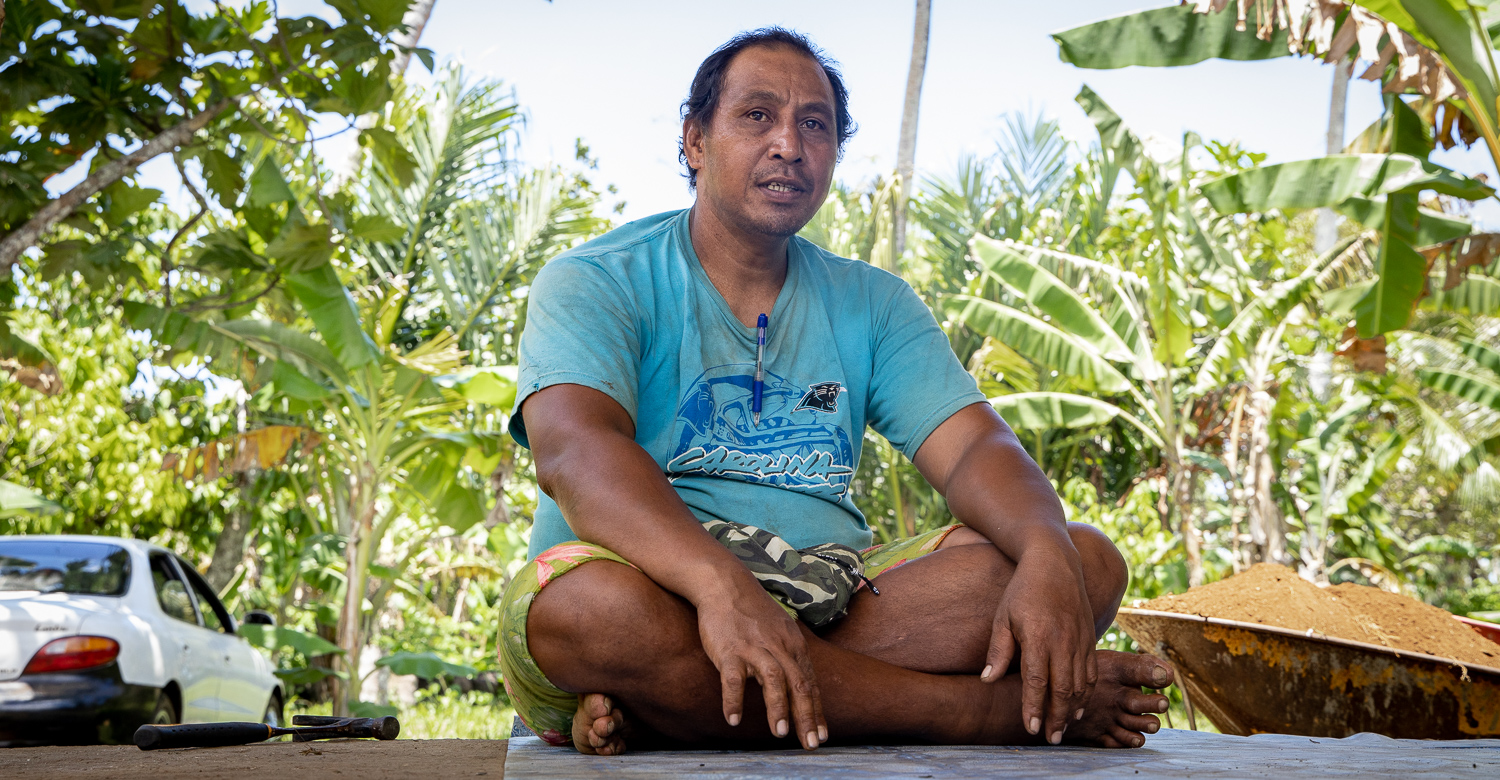 “Unfortunately about five other children from our family [my sister’s children/grandchildren] and two other adults are seeking treatment due to the disease,” said Leitulua Salaki, the grandfather of the deceased 3-year-old.

Mr. Salaki said the family is not aware of the Orders from the State of Emergency that was declared.

“We have not received any word from village representatives or others and we are unclear of the orders as you have mentioned from the government [on compulsory vaccination],” he said.

“If that is the case that it is compulsory to vaccinate then we will do so but we have not been informed or made aware of those orders and where the clinics are setup.”

Asked if the family will get vaccinated in light of the death of his grandson, Mr. Salaki said it is a must to ensure they are safe.

The grandfather said it is his hope that a mobile clinic is dispatched nearby for the convenience of his grandchildren and families living inland of the village.

“To be honest that is the other problem that we have is transportation,” he said.

“We have one family car but it hasn’t been registered (with L.T.A.) because we do not have the money to do that. It is just me and my son in-law that works.

“There is not enough money spare to do registration and we basically can’t use the car during daylight we might get caught by police.

“But if there is a clinic that goes out in the villages it will help families like us to get our children vaccinated there without breaking the law by driving an unregistered car.”

The mass vaccination campaign ordered under the declaration of the national state of emergency is underway.

Vaccinations for measles are now available at the Samoa Family Health Association, the Samoa Red Cross in Tuanaimato and in Community Health Centres in Faleolo, Lufilufi, Saanapu and Satupaitea.

These add to the services already available at the seven hospitals and healthcare facilities.

Children from six to 19 years, and women (not pregnant) from 20 to 35 years are the first priority groups to get vaccinated.

Under the State of Emergency Orders issued on Saturday evening, it is now compulsory to be vaccinated, if older than six months and not pregnant.