Women, children and rural Samoans often suffer the most when it comes to access to justice.

That's according to the Commonwealth Secretary General, Patricia Scotland.

Earlier this month, she was in Colombo, Sri Lanka, with an international cohort of legal minds attending the Commonwealth Law Ministers’ Meeting on equal access to justice across the world. 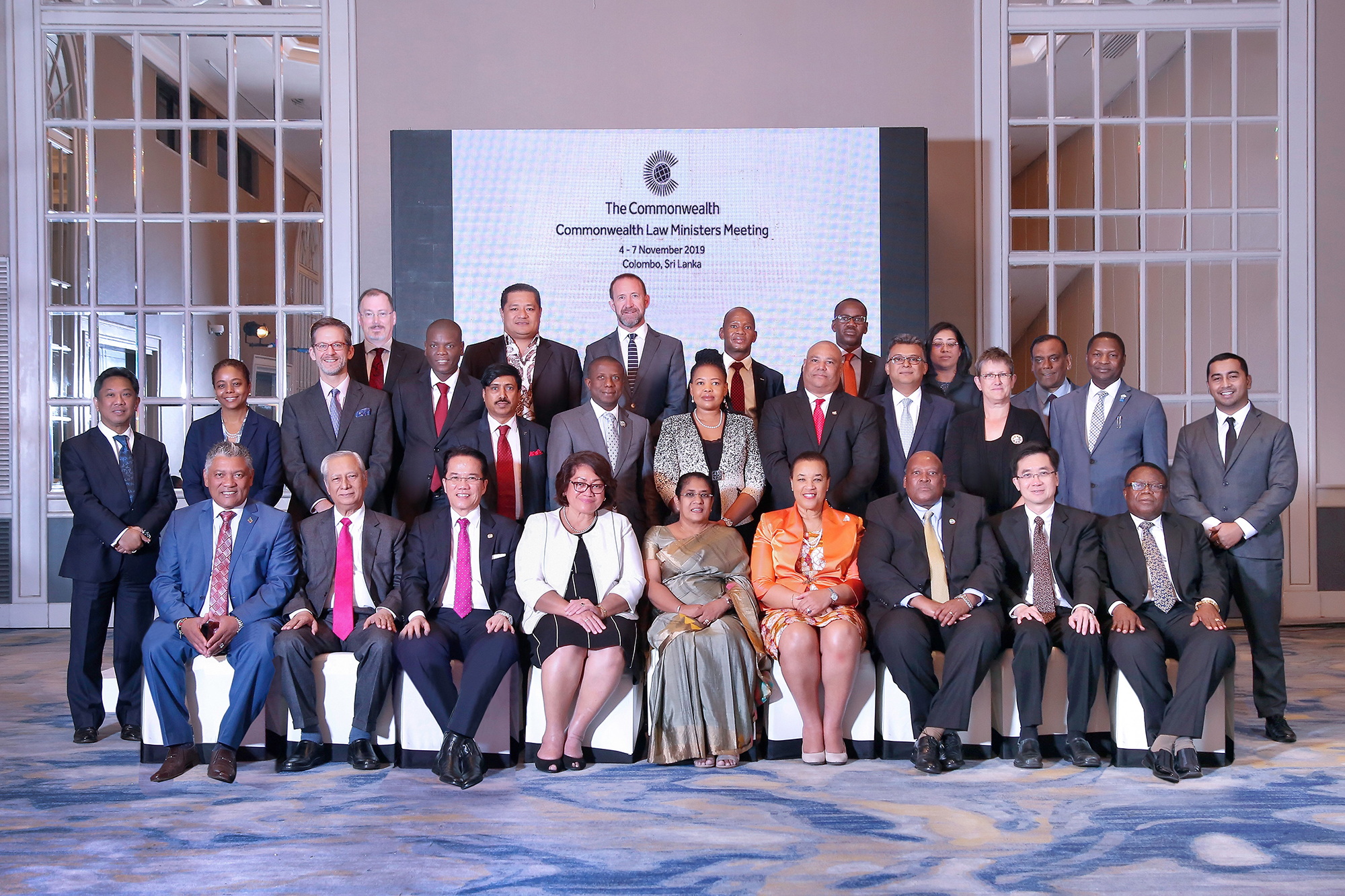 The meeting focused on the barriers that exist to ensuring victims of crimes get justice, and that perpetrators receive a fair trial. That might be the cost or language of the courts, or corruption in the system, for example.

The Ministers also committed to removing all barriers to access to justice by 2030.

In response to questions from the Samoa Observer, Ms. Scotland said in the Pacific, the rights of women and children are especially vital, as well as ensuring the poorest and most rural can access legal services.

“Often it is the poorest and most marginalised people who tend to suffer most,” she said.

“Vulnerable groups such as indigenous people, those with disabilities, women and children are often let down and left behind.”

Addressing this means writing good laws that people understand and that benefit society as a whole.

And in looking to be inclusive, Ms. Scotland said alternative ways of delivering justice are just as meaningful as the court system, so long as they are fair.

“People should be aware that the justice does not have to be delivered in a courtroom.

“Alternative methods of resolving disputes, including community-based [or] traditional approaches to delivering justice can be leveraged to ensure access to justice for all, especially those who have difficulty accessing the court system or other justice services.”

Samoa’s village council and village chief system can either help or hinder access to justice. Ms. Scotland said if cultural rights and individual rights are not aligned in the pursuit of justice, this can become an issue.

“It requires a balancing act, but traditional justice systems and the Common Law approach can co-exist,” she said.

“For example, with restorative justice, community-based approaches can help heal the wider community in a more sustainable way, that simply a legal procedure or punishment meted out in court.

“The Commonwealth will be conducting a study on restorative justice to explore its merits and identify best practices, taking due note of indigenous, traditional and customary justice systems.”

In Samoa, village councils have enacted various village laws over the years to manage social issues, or punish bad behaviour. Village banishments and fines are commonplace, and often occur alongside the police and court systems. 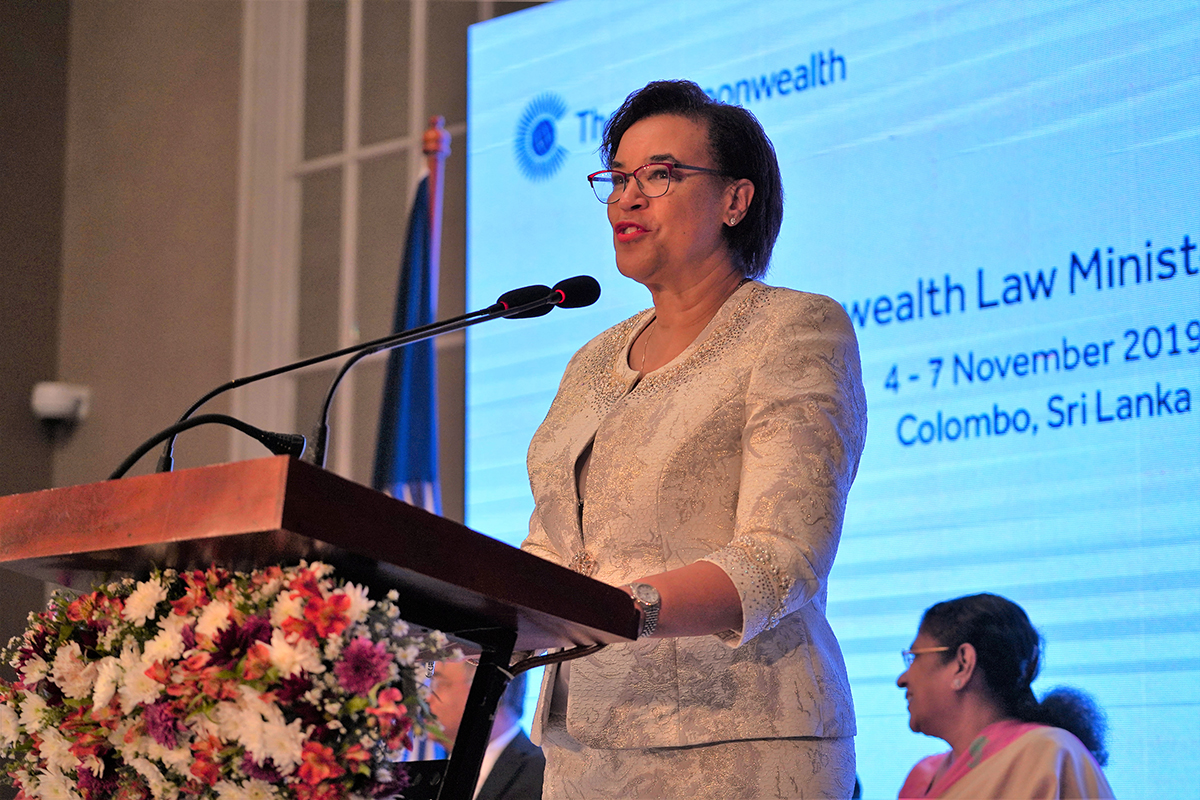 In rural parts of Samoa, the United Nations has been piloting a programme to make justice services more accessible. Ms. Scotland said the Law Minister’s Meeting also discussed solutions to inaccessible services, like including technology to teach about the services available in the first place.

“These include: the use of technology to make information about rights and services more easily available, for instance, through mobile phone applications, web-based services, teleconferencing; enhancing specialised justice services, such as those focused on domestic violence or welfare of children; and problem-solving institutions, including community-based approaches which seek to address the underlying causes of legal problems, such as those related to drug addiction or mental health.”

Mobile courts and free legal aid are also potentially solutions for families too far away from the nation’s courts, or unable to afford a lawyer or legal fees.

She said the meeting also resulted in Law Ministers agreeing to share information and help each other adopt technology for better access to the justice system.

“The Commonwealth provides a range of support for governments, including the training of legal professionals, legislative drafting, provision of model laws and regulations, and the Commonwealth Pro Bono Placement and Mentoring Programme,” Ms. Scotland added. 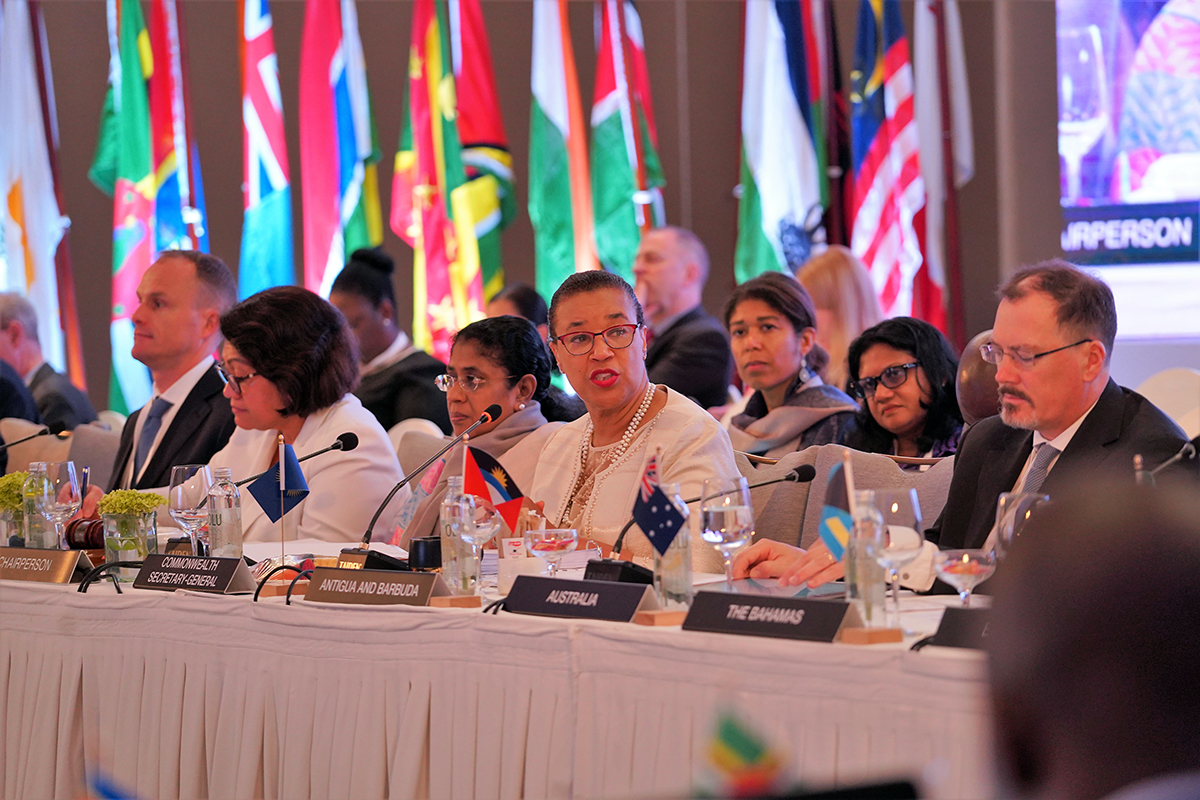 A major challenge to any successful justice system is trust, especially where corruption may have eroded that trust for the public.

If the law is upheld, applied equally and consistently and is accessed conveniently when needed, the justice system can be trusted, Ms. Scotland said.

“To be effective, it has to be trusted, which means it has to be accessible to all and composed of strong institutions which are legitimate and beyond reproach.

“Corruption must be tackled head-on in order for people to feel confident that their disputes will be addressed fairly.”

She said the Commonwealth as drafted anticorruption measures, to help governments stack themselves up against and improve as necessary.

There are 25 areas in the measures and one is dedicated entirely to the judiciary. The Commonwealth Heads of Government will review the measures for final approval at the biennial meeting in June next year.

The Commonwealth is a political association of 53 countries, largely former territories of the British Empire. Among the secretariat staff is Samoan Katalaina Sapolu, who is the Senior Director of Governance and Peace, who managed the conference.