The measles outbreak has forced the cancellation of the Samoa College Old Pupils Association (S.C.O.P.A.) netball club's planned first-ever combined Kings and Queens Netball Tournament with the Juniors this year.

The Juniors division starts from age groups of Under 10, and continues up to Under 16.

The annual tournament had plans of joining the mixed teams with the Juniors for the first time this year, but those plans have been forced to be abandoned due to the epidemic.

Acting Prime Minister and Minister of Health, Faimalo Kika Stowers, declared a state of emergency over Samoa last Friday evening, in response to the measles epidemic that has been sweeping through the country for more than one month.

Speaking to the Samoa Observer, Vice President of the S.C.O.P.A. netball club, Siosinamele Lu,i said they have had five additional Junior teams this year alone whom they were excited to have play in the Kings and Queens tournament.

“This year we were supposed to have combined tournaments with our age groups, this year, SCOPA netball, we started on our age group development teams,” she said.

“We do have an annual tournament called ‘back to school’ so for this year in support for the measles outbreak we’re also not doing that.

“This was supposed to be the first time we bring both together; we’ve always held the competitions separately but this year circumstances changed and of course we have to support the Government initiative." 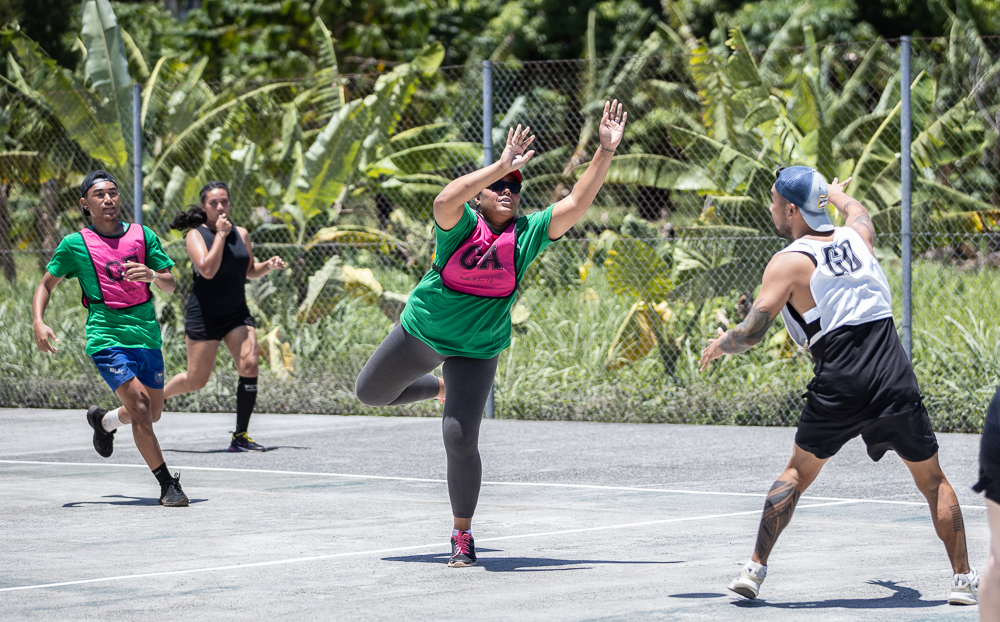 But the cancellation of the Juniors’ tournament did not stop the fun for the 21 teams that participated. And for the first time in the 11 years of the tournament, a team from American Samoa had joined in.

The Kings and Queens Tournament is considered the ultimate conclusion of all netball tournaments throughout the year and a highlight on the sport’s calendar.

The tournament is one of the Association’s main fundraising events of the year, raising money for scholarships and maintaining their sports facility in the school grounds at Vaivase.

“This is also where we foster some of the young talents that have come through our club, but also from other clubs as well,” said Lui.

“All the proceeds that come out of this tournament funds our development for the whole year but also fund for scholarships we provide six scholarships for Samoa College as well as going towards our sports facilities, so this is one of our main fundraising activities. So it is a celebration but also a fundraising [drive].”

Lui said over the years, they have had great support from the business communities, Government ministries as well as families coming through with teams to play in the one-day tournament.