A Minister on the move

The Minister  of  Communications and Information Technology (M.C.I.T), Afamasaga Rico Tupa’i, is hard to miss these days.

As one of the most energetic Ministers in Prime Minister Tuilaepa’s Cabinet, he is in the limelight all the time. For good reason.

And for that he is a man to be admired. Take for example his vision to make Samoa the “tech haven” of the Pacific so that our country can be spoken of in the same breath as leading nations such as Singapore and the like.

“The level of I.C.T. and the way I.C.T. is changing businesses and changing the landscape and lives in Singapore, that’s our benchmark in terms of I.C.T. development,” he said.

But how is isolated small Samoa going to get there?

Well it’s simple really. Think Cable. That’s what the Minister has been preaching for as far back as we can remember.

Since Cable connections play an integral role in improving I.C.T. development, the Minister has been living and breathing cables for the past few months.

Afamasaga said the Tui Samoa Cable will be up and running by December.

“The survey is done and that means the cable manufacturing will start soon.  The cable will be here end of July and the installation will start.  It will actually arrive in Samoa beginning of October but there will be some testing period before it’s switched on.”

But hold on. Note that it’s not just one cable. There is the Tui Samoa Cable as well as a couple of other cables in the pipeline. One of them is the Manatua Cable.

“When one Cable comes, there’s going to be a question, what if this cable cuts off?” the Minister explained.

“Well ladies and gentlemen, we have another cable that will arrive next year and it’s in the development phase at the moment called the Manatua Cable.

“This cable comes from Tahiti. It connects Tahiti, Cook Islands and picks up Niue.  At the moment we’re negotiating with Tonga to jump on the same cable and land in Samoa.”

Now if you think two cables are enough, you are mistaken. There is a third cable the Minister has been busy negotiating.

“When we were in Hawaii earlier this year, Southern Cross approached us. We started discussions and these discussions are ongoing at the moment.

“We have already signed the letter of intent. The plan is Southern Cross to arrive here by 2019.  That means we will have three cables by 2019.”

So what are we going to do with all these cables?

Don’t fret ladies and gentlemen; the Minister has it all covered.

“We are working on a regional plan, not just a Samoa plan,” he said.

“We’re going to build a data centre. In this data centre, we’re going to host applications like e-health, e-government, e-education.  We‘re talking to U.S.P. to put all their educational content in here.

“We’ll bring all this here and share it with the whole region of South Pacific.”

Again Afamasaga envisions Samoa as being the ‘tech hub’ of the Pacific.

“We will be in a position to enable other economies around us,” he said.

“I’m talking about Wallis and Futuna, Niue, Tonga. By 2020, possibly 10 or 12 islands will be connected, with the hub being Samoa. It will be good business for us.

“From Samoa’s position we will have a lot of cable and great capacity. We will need to share this capacity. Some will be shared for other services. That’s why we need to become a hub.”

No wonder the Minister was irritated by questions from the media – especially this newspaper - about these negotiations.

We can see why. He certainly doesn’t need any interruptions. He doesn’t have time to waste answering those silly questions. He needs to be focused, he needs all his energy.

Negotiating for one Cable is tough enough but to hammer three at the same time, that is superman material.

Well we’ll leave you to it Sir, good luck. 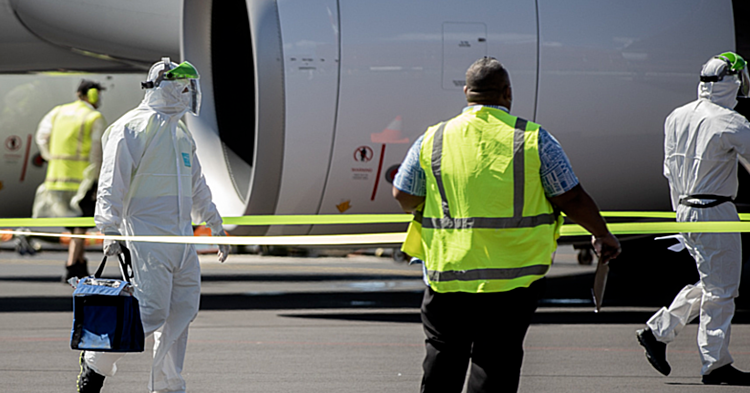