Four patients highly suspected of catching measles have been transferred from Savai’i to Apia for urgent treatment.

Two out of the four were flown to Upolu on an emergency charter flight while the other two were put on the inter-island ferry.

This was confirmed by the Associate Minister of the Ministry of Health, Tofa Li’o Foleni, in an interview with the Samoa Observer on Wednesday.

Giving an update on the impact of the measles outbreak in Savai’i, he said last month there were a total of nine admissions and this month has already seen 11 admissions.

“These (patients) are treated here in Tuasivi. However, the ones who have been transferred to Apia are those with very severe cases and need to be seen by a specialist in Apia,” he said. “So far, there are more than 120 suspected cases of measles from Savai’i.”

Most of the cases were children under the age of 5, according to the Associate Minister.

He appealed to everyone to get vaccinated including young adults as it is the best way to fight the disease.

“Primary health care is key, from the beginning we have been asking the general public to get the children vaccinated, and to isolate their children from those have been suspected to have been affected by measles,” he added. “We encourage parents to avoid taking their children to crowded places and that it’s best to let them stay at home.”

Tofa said the responsibility to ensure the virus is kept at bay now rests with families and they had to make sure their children were vaccinated, kept hydrated, and are strict on personal hygiene such as hand-washing.

“Early detection can help eliminate the danger and later effects of the disease,” he added.

The public in Savai’i has also been asked to avoid bringing their whole families to the hospital, with the Associate Minister warning that public gatherings are hotspots for the virus.

“We encourage the public and parents to bring in only those who are suspected to have been infected with measles and have only one care-giver at the hospital.” 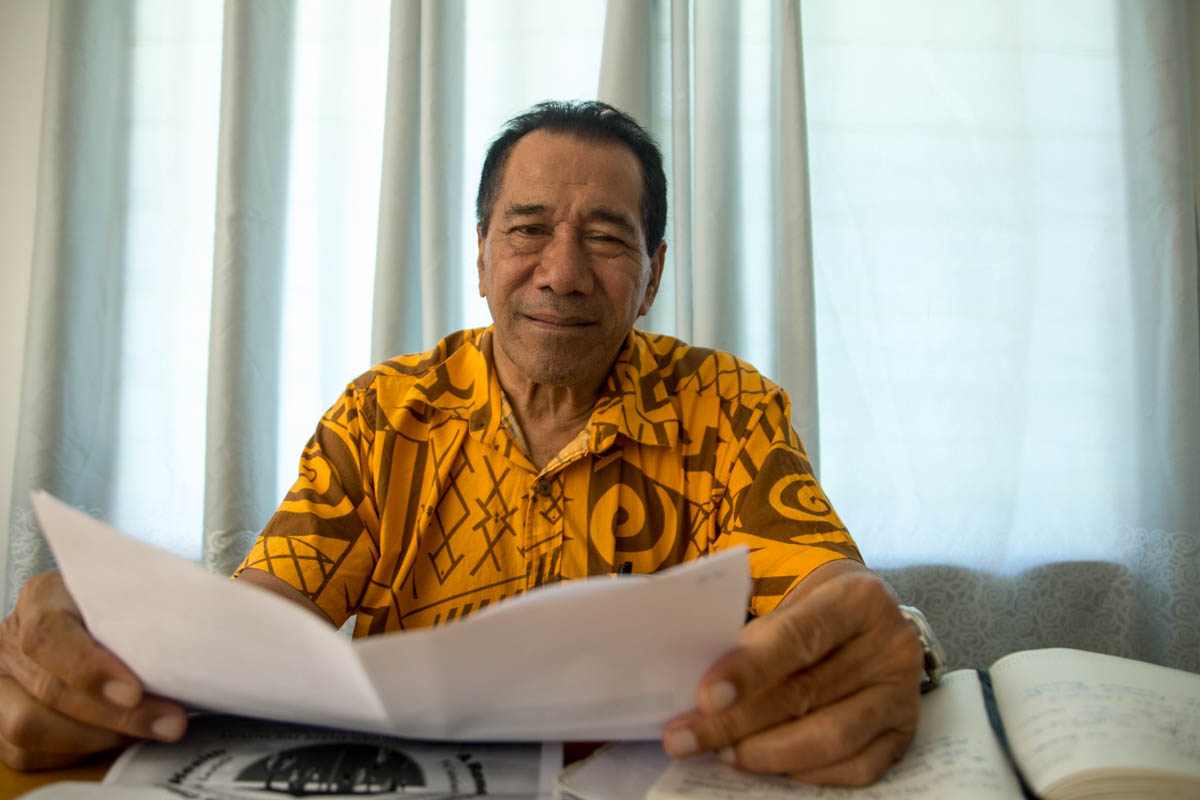 As the infection figures continue to increase, Tofa said collective effort is needed to ensure the disease does not spread further.

“This is a serious issue at hand and we all need to work together to minimize the number of people to be affected by this epidemic. The Ministry of Health and doctors aren’t the only ones who are responsible,” he said. “The parents have a part to play, the village council, the churches and the community at large. We need to start from our families. Get your children vaccinated, promote hand-washing at home, keep hydrated, and cover your mouth when sneezing or coughing. Most importantly isolate those who are suspected to have been affected.”

Like the Tupua Tamasese Meaole National Hospital (TTM) at Moto’otua, an isolation unit has been set up at Tuasivi, to specifically cater for suspected cases of measles in Savaii. The aim is to avoid crowding the emergency unit at the hospital.

When asked about the shortage of vaccines on the island, Tofa said the issue is out of their control: “We make the request to Apia and they are the ones who deliver it to the main hospital here (Tuasivi) before we distribute it to other district hospitals around the island.

“It’s not easy, but we are trying our best to make sure that we follow the right procedures.

“We’ve vaccinated over 6,000 so far in Savaii according to our reports and we are waiting for 2,000 doses from Apia then we will continue with the daily vaccination of children and adults.”

There are four doctors now based at Tuasivi to cater to medical needs of the people of Savaii.

Two out of the four are assigned to community and mobile clinics throughout the week.

The Associate Minister is the first official from the Ministry of Health to respond directly to questions from the Samoa Observer in close to two weeks.

The M.O.H. Director General, Leausa Dr. Take Naseri, has not responded to questions and requests for interviews from this newspaper.

“We had a meeting last week on Thursday with the advisory committee of the Ministry and Leausa. We were advised that we reach out to the community and increase our community outreach to help with the spread of the disease,” he said. “But I know Leausa is a very busy man and has a lot of work to do, maybe that’s why. I cannot speak for Leausa.”