Samoa has lost at least six people to measles-related deaths, the Ministry of Health has revealed.

In a press release and national Situational Update, the Ministry said suspected cases of the disease have grown to 716 as of 10 November 2019, but confirmed cases remain at 48.

The six deaths include previously reported on 14-month-old Peter von Heiderbrandt, an eight-month-old and the 37-year-old, whom the Director General of M.O.H., Leausa Dr. Take Naseri, suspects succumbed to M.R.S.A. (methicillin-resistant Staphylococcus aureus) sepsis, a severe infection immune to antibiotics.

Sepsis is the body’s response to infection and is often deadly. 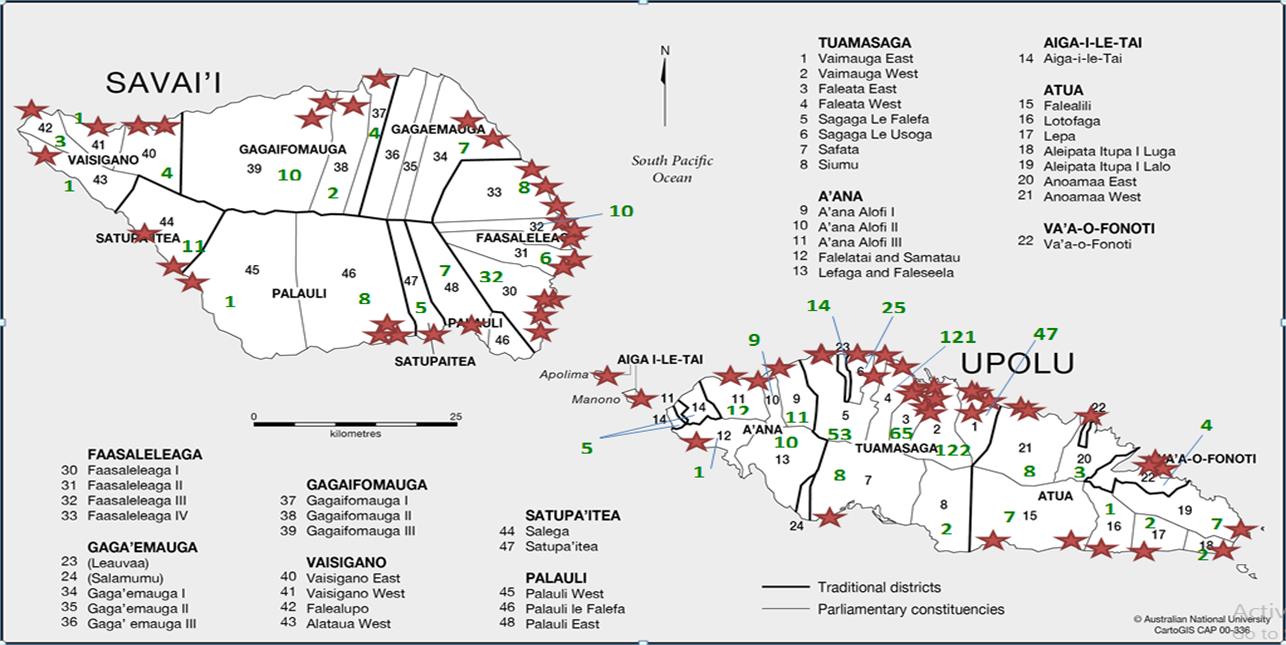 In the video, Leausa said in the last week Samoa has also lost a five month old child who fell victim to meningococcal, and the prematurely born child of a pregnant mother sick with measles.

Nearly 80 per cent of cases (539) are in Upolu, largely in Vaimauga West and Faleata West with 243 cases in those districts.

Faleata East has seen 65 cases, and Sagaga le Falefa has seen 53. The other districts in Upolu have less than 50 cases.

In Savaii the district with the highest number of cases is Faasaleleaga I with 32, out of 120 across the island.

There are 57 cases whose village or island is not recorded.

Leasua says people are responding well to the vaccination drive, with 20,176 doses of the vaccine delivered since the epidemic was declared on October 16.

Associate Minister of Health Tofa Li’o Foleni said at least 6000 of those doses were given in Savaii this month alone.

To address the crisis, Samoa has turned to Australia, New Zealand and India for support, Tofa said.

The Ministry last week welcomed five Australian Medical Assistance Team members to Samoa to first of all stock take the situation across the country.

They told Leausa Samoa’s response to the measles epidemic needs to be strengthened, and that healthcare staff will need the most support as they burn out from working around the clock on the hospital floors.

By the weekend, the Australian team will have built a makeshift ward to help isolate critical cases of measles, and will be funding the renovation of older hospital wards to create more spaces.

Australia has also pitched in money for the Ministry’s media campaign, Leausa said.

With New Zealand on the tail end of its own measles epidemic, Leausa said he is mindful not to over burden its healthcare services with Samoa’s epidemic.

But they have offered assistance which Samoa accepted in the form of medication and supplies for treating people sick with measles, and intend to send a team of medical officers too.

Leausa said the government is trying to coordinate New Zealand and Australia’s responses so that they are staggered and more sustainable.