Residents of Sauniatu and Manunu villages have requested the Government to fix roads in their village, which they say are in such a state of disrepair that public buses have stopped using them.

According to Suai Too, from the village of Manunu, their community is in great need of assistance for road repairs.

“We humbly request for the Government to please assist our communities by fixing the roads we use every day,” she said.

The 57-year-old told the Samoa Observer that their family used to own a car but it broke down after frequently using the bad roads.

“The states of the roads we use are very bad and now that our family does not own a car, we have no choice but to walk and yet it is such a long journey," she said.

“We hope that public busses would come this way and make our lives easier but that is not the case.. 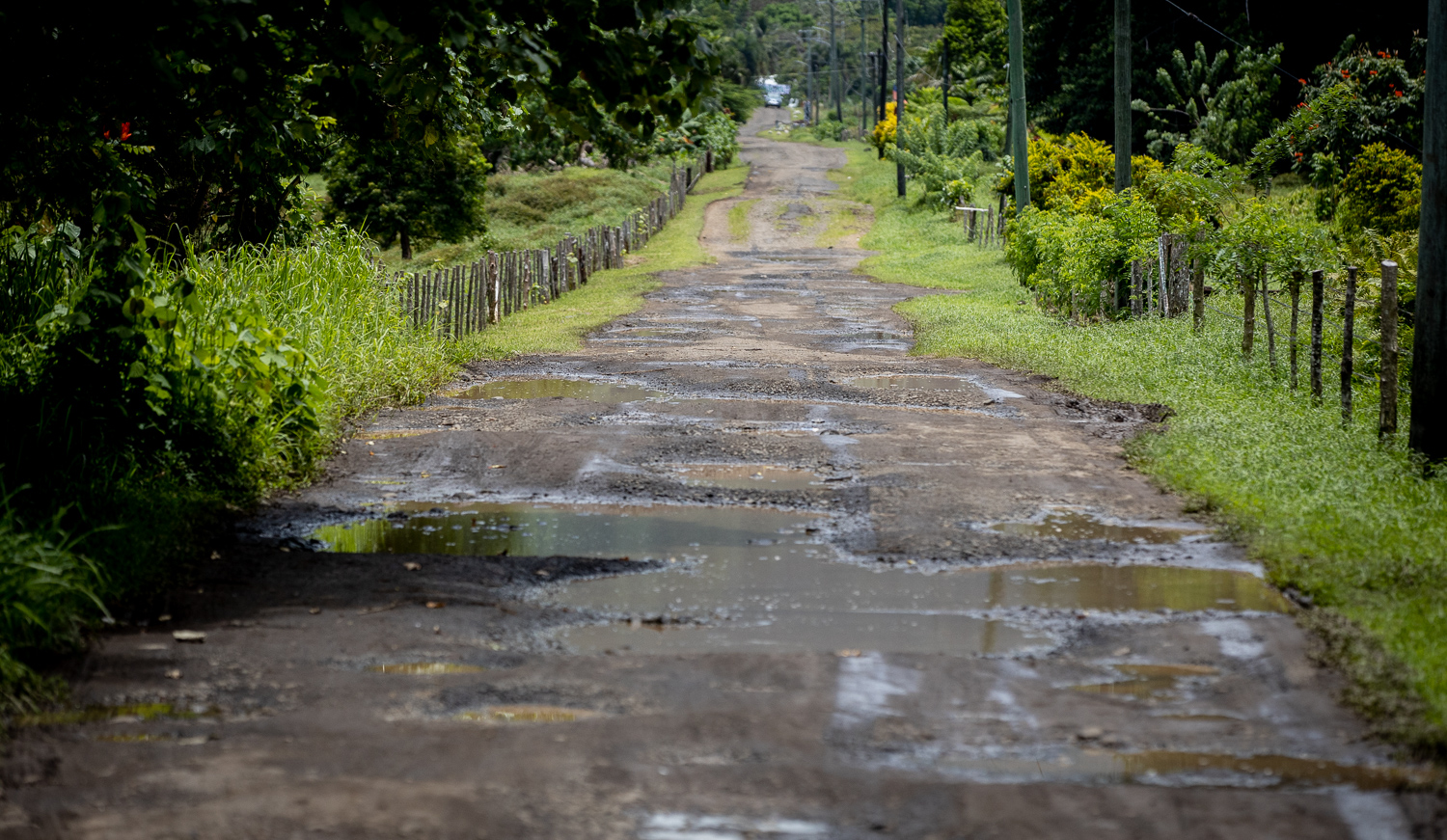 “There were public buses that came before but it led to damages to these vehicles and owners stopped their services from making the trip through our roads.”

A Sauniatu resident, Rubina Kaio-Aiono who is also the principal of Sauniatu Primary School supported the plea by Mrs. Too for a need to fix the roads they use.

“I do support the voice of the people of our community. I know that before we did fix the road but then since it rains a lot here.

“I think that maybe the roads are damaged through having drainage problems, during rainy days the water kind off just seeps through the road and form little waterways on the main road and that’s why it damages it and starts forming potholes.

“It is a great concern because the road is frequently used daily by our community and its neighbours.”

She added that the road is used daily by their school’s bus to transport students back and forth.

“We have a bus that picks up students every morning and drop them home after school from villages of Luatuanuu, Falefa.

“We also use the road to go to town for supplies, whether it is food or other needs. We hope the government considers fixing the road because this problem has been here for such a long time.

“There are more than two schools and churches which everyone uses this one main road. If our road gets fixed it will benefit our people greatly in terms of saving money, car maintenance, and taxi drivers do not want to use the road.”

Ms. Aiono stated that there is no public transport such as busses that use their roads.

“It is because the owners do not want any damage to happen to their busses which I do not blame them,” she said.

“The majority of residents who do not have cars will have no choice but to walk a very far distant just to catch the bus to go to town.

“But if they are fortunate residents who do own any vehicles [offer rides because...] you feel bad because they have to walk a very long journey.”