Based on the 2018 book "Tatau: A History of Samoan Tattooing", by Sean Mallon and Sébastien Galliot, the exhibition is a doorway into the changing practice of tatau in the 21st century.

As well as the author and curator of the book, Mr. Mallon is Te Papa’s Senior Curator for Pacific Cultures. He said having a chance to display the book’s photographs in a gallery is to show them as the photographer intended for them to be viewed.

“Tatau gives Samoans a rich resource to pin their sense of cultural identity to,” he said.

“[The photographer’s] combined works speak to a story of tatau as a highly visible, highly valued but also contested practice that has changed over time and across locations.”

Mark Adams has been photographing Samoan tattooing in New Zealand since the late 1970’s in ordinary household settings. Greg Semu creates self-portraits of his own tattoos as they changed and grew.

John Agcaoili photographs the work of Samoan tattooists and their tools, while artist Angela Tiatia uses her work to specifically look at the female body and Samoan identity. 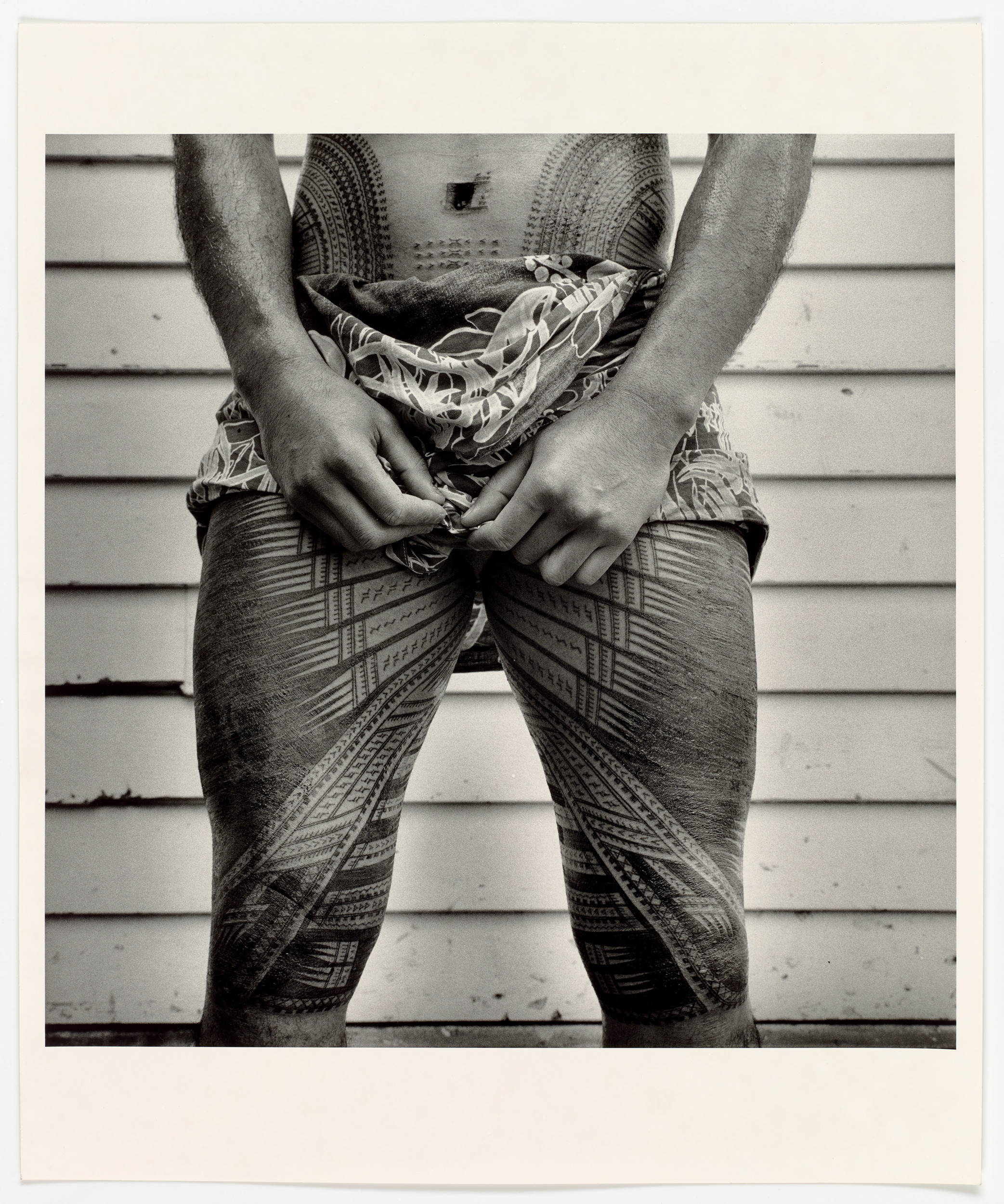 Mr. Mallon said he hopes the exhibition will open up conversations about the “significance and changing contexts” for tatau.

“It is not an encyclopaedic presentation but rather a collection of subjective views and interpretations,” he explained.

“Samoans might feel a sense of pride about this wonderful measina (treasure), but be challenged about aspects of its contemporary practice.

“I hope palagi will gain some insight into a set of markings they may have seen on television, the sports field or at the beach, but might not be entirely familiar with.

The book, Tatau: A History of Samoan Tattooing, was the first of its kind to look at 3000 years of Samoan tatau. It argues that Tatau's long history goes across all of Polynesia, and some of it was lost to the forces of colonisation and Christianity.

The photographs, essays and research within explore the journey of tatau  as an art form, cultural practice and act of resistance too.

Mr. Mallon said tatau is his way of exploring his heritage.

“As a Samoan, tatau has provided a medium for me to explore Samoa’s cultural history and some of the processes of continuity and change in society over time.

“It has helped me understand the language better, and offered me insight into how Samoans in Samoa and across the diaspora think about history, culture and identity.” 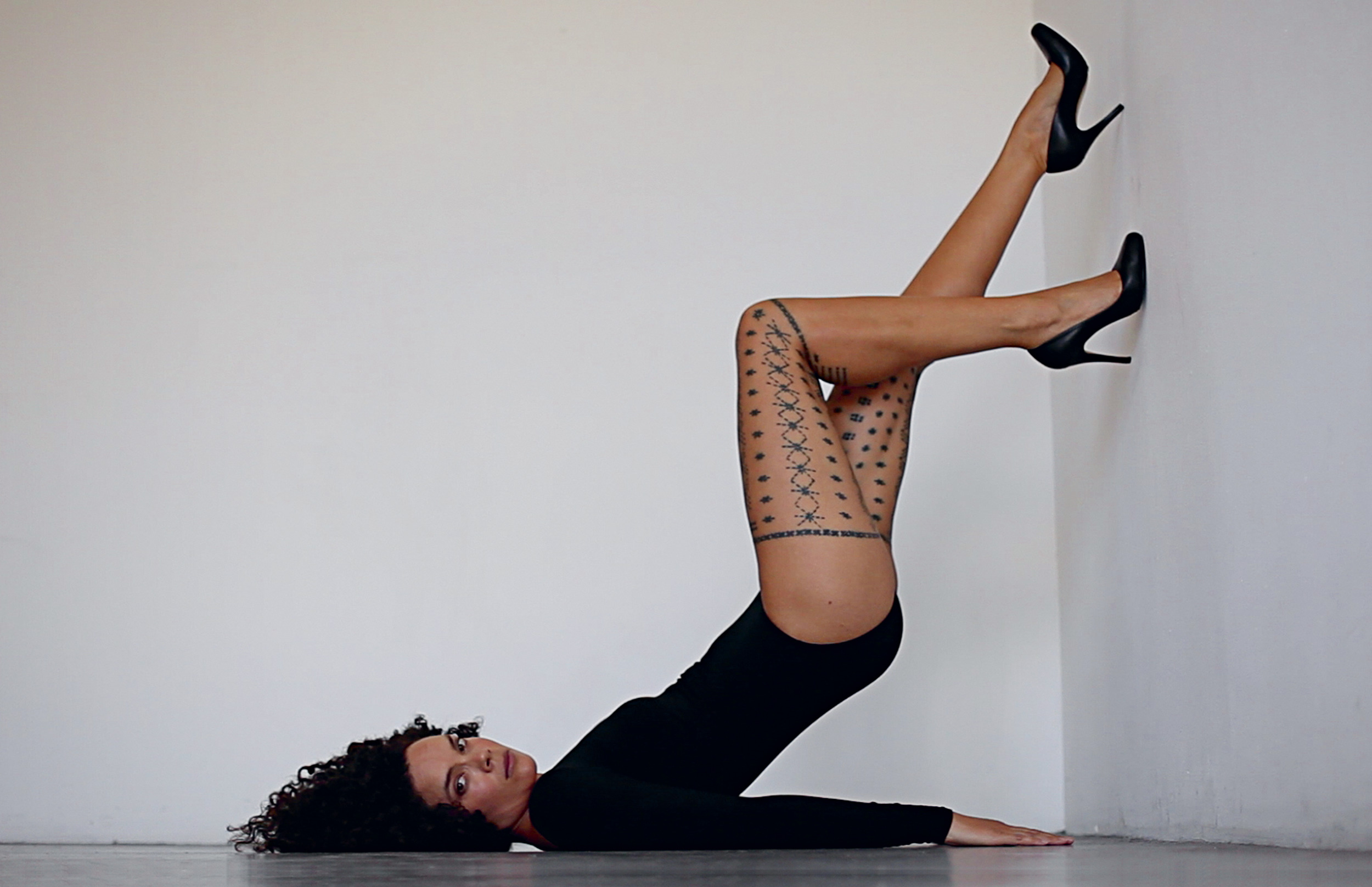 The female tatau called the malu is featured in Angela Tiatia’s work, Walking the Wall. Mr. Mallon said it was important to include a piece which highlight a female perspective, and a critical one at that.

“In the archival record relating to Samoan tattooing, women’s stories and stories relating to the malu are under-represented,” he said.

“We included Angela Tiatia’s “Walking the Wall” in our exhibition because we value the perspectives and cultural critique of artists and other creative people. They often ask or shed light on difficult questions, respond in a range of ways and influence the discourse on particular issues or events.

“Walking the Wall offers one perspective, and it’s a critical one relating to the different ways men’s and women’s bodies are thought about and presented in Samoan society.

“Why, for example, can the pe’a be presented in public and the malu only in ceremonies and performances? Who decides and what has been the impact of processes such as colonisation on Samoan cultural practices and how we think about and present ourselves?”

The exhibition also explores the different ways tatau are inked onto the body, be it with traditional tools or new electric machines.

When it comes to tattooing traditional pe’a and malu, tattoo artists are mixed on whether they should be done with new tools or not.

In August, the Samoa Observer explored whether contemporary applications of traditional tatau as well as their placements are acceptable to the people who ink them.

“I support the use of electric tattooing machines, and the way tattooists and tattooed people are experimenting with different placements of tatau designs on their bodies.

“In my view, these changes reflect the desires of Samoan clients and help them connect to and represent their Samoan identities especially in communities outside Samoa.

“The changes, due in part to customer demand, reflect the present generation’s discovery that they can be tattooed without the cultural obligations, time and expense of getting a full pe‘a or malu.”

He said the electric tattooing machines, or masini ta tatau do not threaten the ancient art of tattooing practiced by a tufuga (expert), because the two have coexisted for so long.

“The client base and motivations for people seeking the pe‘a and malu overlap but have many differences to those seeking work by masini (machine). 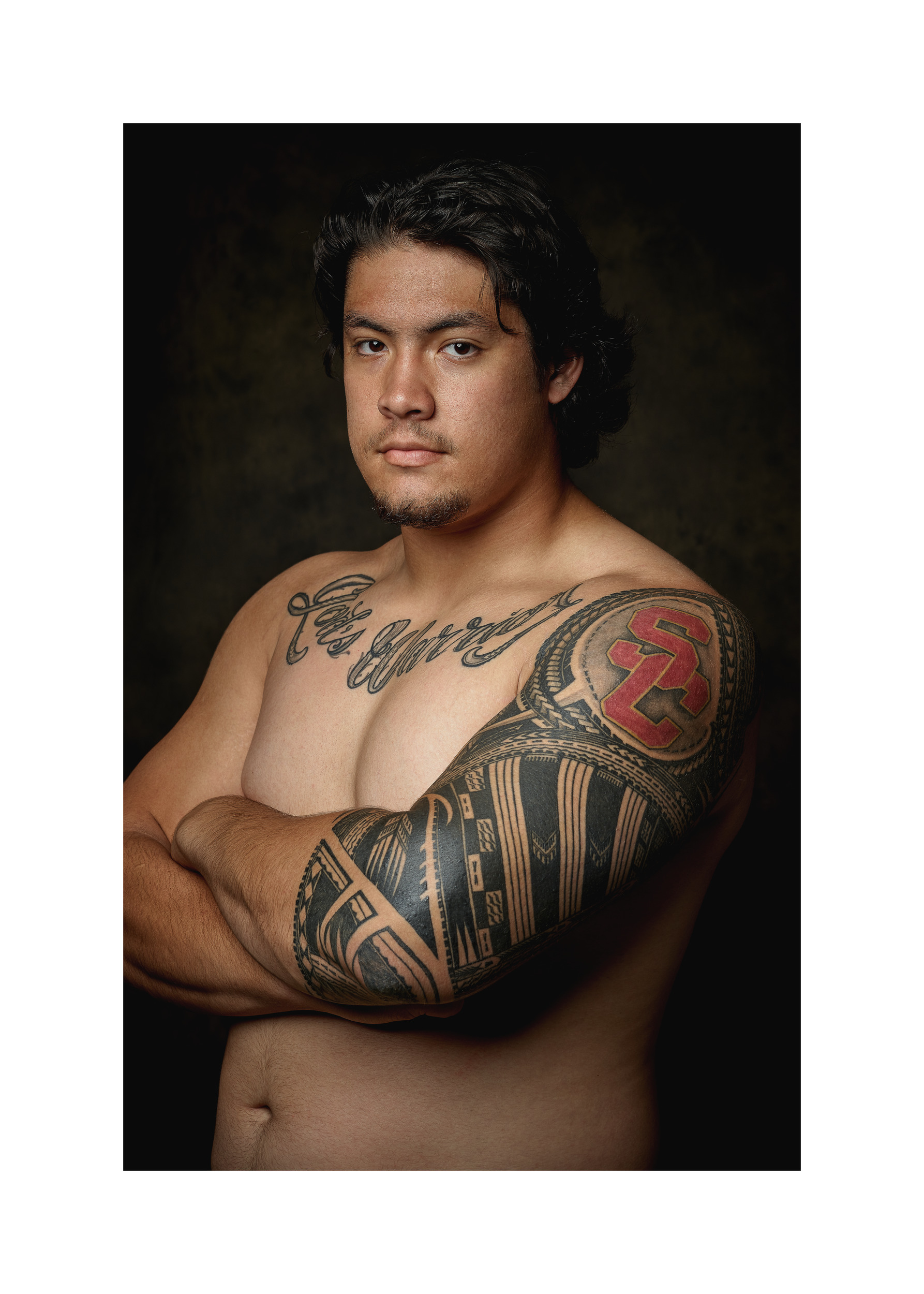 Artist John Agcaoili said he is drawn to photographing tatau because of the stories and meaning imbued within them.

“It is a commitment getting a tattoo and is always interesting hearing the stories about how and why subjects chose the tattoos they wear.

“What really helps me connect with the subjects that I’m photographing is that I have been in the same position as them. I wear a Japanese style back piece that has also been photographed, so having that commonality with my subjects makes it a bit easier.”

Mr. Agcoaili is based in California, and his photographs have been exhibited there before. He said he imagines the Pacific response to his work may be quite different to the American one, as it is the region where “the art of tatau has expanded.

“My photographs showcase the work of the newer generation of tatau artists. It showcases not only the roots of the art form but also the innovation and creativity of the younger tattooers [sic].”

“I think my work shows where this art form originated and where it is going.

“It features the younger artists that have dedicated their lives to this tradition and how they are adding their own interpretations while maintaining the traditional techniques and motifs.

The exhibition opens on November 9 in Level 4 of Toi Art, Te Papa. Opening Day includes a talk by Mr. Mallon, and Andrew Matautia from St. Andrew Photography will be on hand to photograph guests own tattoos. 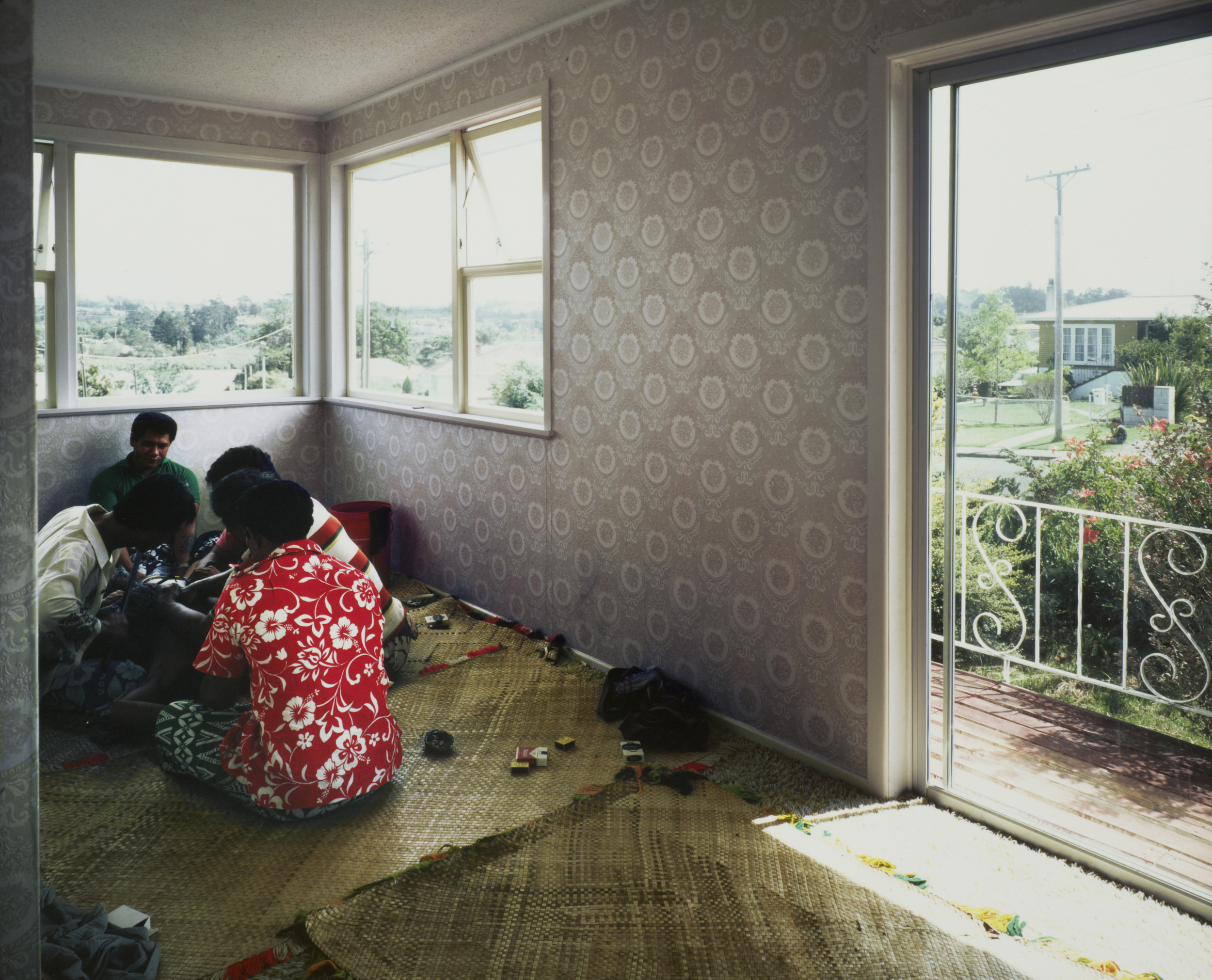