A dispute over land boundaries sparked an alleged machete attack on a man who sustained severe injuries to his left leg.

Oliva Malio, a man of Salesatele Falealili who is deaf and has speech impairment, was allegedly attacked by Fesilafai Iosefa from the same village.

Fesilafai is facing three charges of grievous bodily harm, actual bodily harm and being armed with a dangerous weapon in the Supreme Court.

He is represented by lawyer, Leilani Tamati, and he has pleaded not guilty to the charges.

Malio, who now relies on crutches to walk around, testified that the banana and nonu trees he had cut were planted on his land, and not that of the accused.

Assisted by an interpreter, the 36-year-old told the Court he had cut down the trees because a woman had stolen the fruits of his plants. 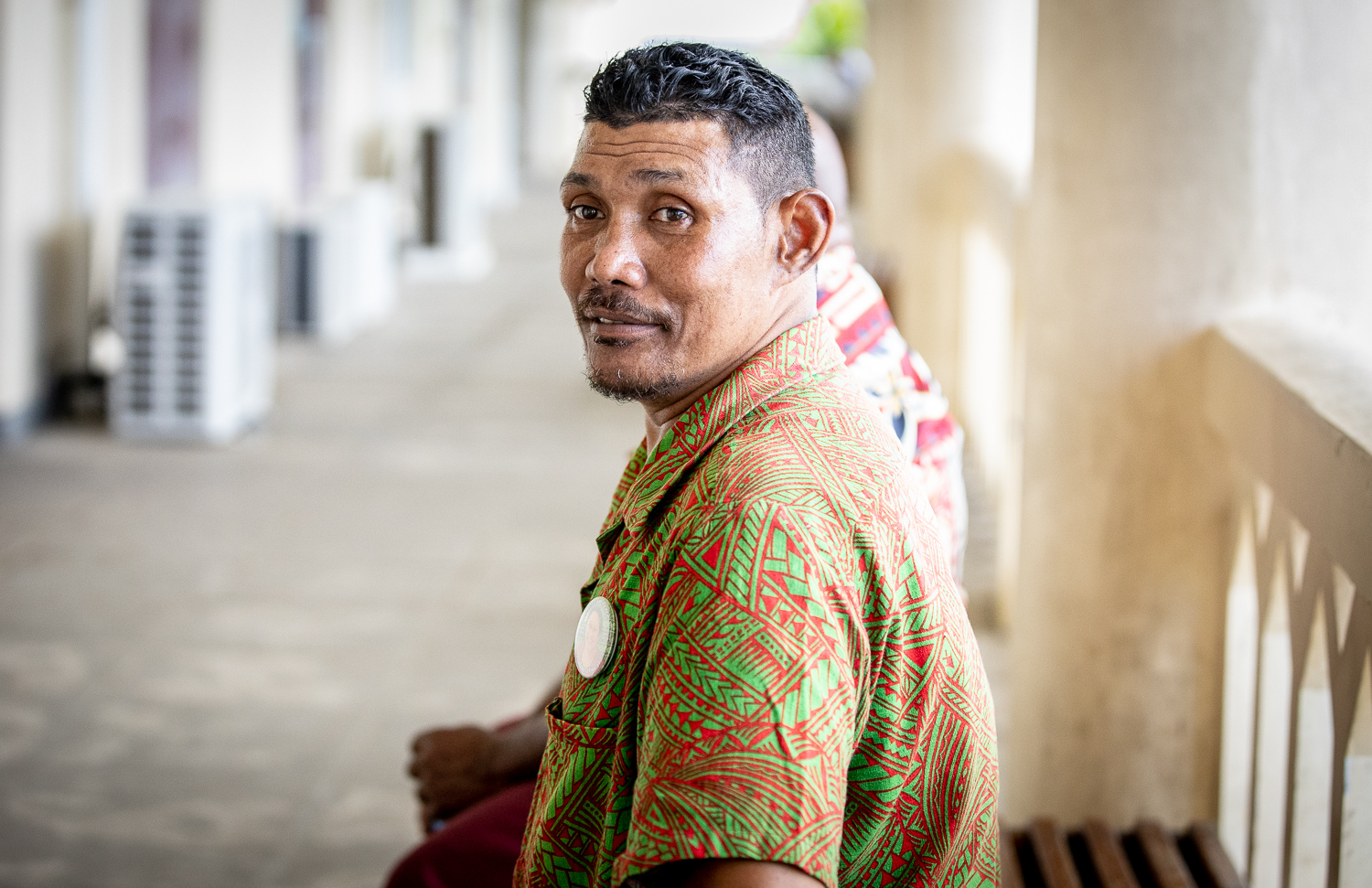 “I was working on the land planting my talo,” Malio told the Court.

“I didn’t see anyone but then a man came out of nowhere and cut my hand. I ran for help and fell.

“When I was on the ground, he came up to me and slashed me with the machete on my back and then he also slashed my leg.”

In his evidence, Malio said the attack was unprovoked.

But during cross examination, Mrs. Tamati put it to Malio that the trees he had cut down were planted on the accused's land and belonged to him.

In addition the lawyer told the complainant that it was him that attacked the accused first with a machete.

“No it was the man that came up to me and slashed me with the machete on my hand, my back and my leg,” he testified, showing the Court his injuries.

“I don’t know why he did. The plants belong to me, I planted them for one year.”

Acting Chief Justice, His Honour Vui Clarence Nelson, then asked Malio to show him the injuries.

As the man struggled to stand up to walk towards the Judge with assistance of the Court officials, Justice Vui got out of his chair and walked towards Malio to see the injuries on his hand.

The Judge later queried Malio why he would cut down his plants.

In response, he said he was angry that the woman stole his produce.

In continuing his evidence, Malio said he did nothing to the man who allegedly attacked him.

He added that after he was allegedly attacked, the man walked away and waved goodbye to him.

“I then screamed for help,” he said.

Mrs. Tamati told Malio if he knows of two other men that were also working on the land the day of the incident.

The lawyer said the men had asked Malio something on that day.

In response, the alleged victim said the men were standing from a distance from him but he would not have heard anything as he is deaf.

In addition, the 36-year-old said he was planting his talo and maintaining his plantation on the day of the incident.

The Court heard that the accused and the complainant's land were next to each other.

It is also Malio’s evidence that another man came to his rescue and carried him to get help. 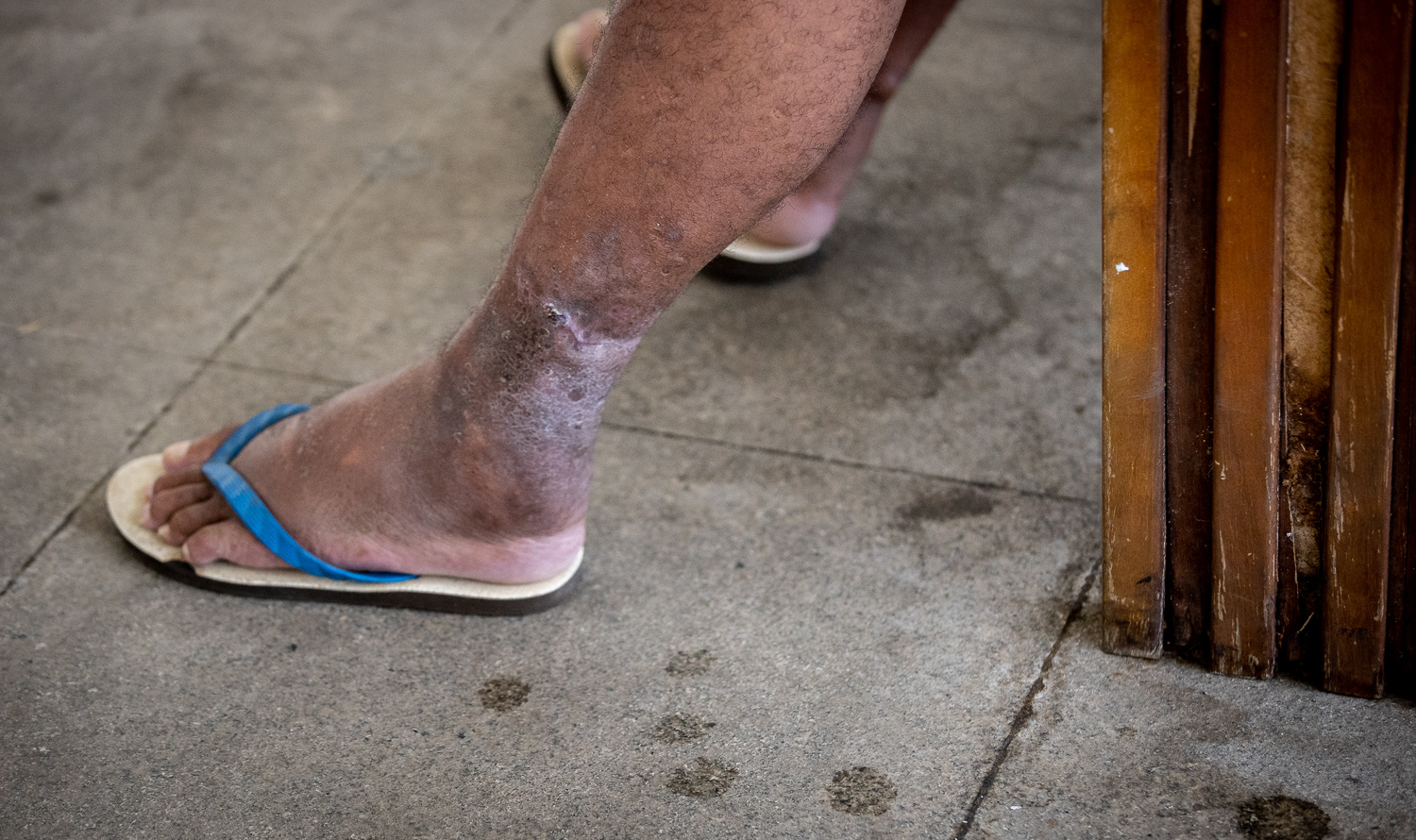 Itagia Malio, 61, of Salesatele said she depends on her son to work on their plantation and to help with village and church obligations.

Mrs. Malio said since the incident occurred in April this year, it has been difficult to care for her son.

“He has disabilities but he was the abled body of our family that cared and provided for our family,” said the mother.

“I felt really sad about the severe injuries he sustained but I still do what I have to do to care for him and being patient.”

According to the mother her son was admitted at the hospital for more than a month.

Throughout the duration of the time they were in hospital, Malio had undergone four surgeries, said his 61-year-old mother.

The mother told the Court she does not know what happened to her son as she was not with him at the time.

She explained that he had gone to the plantation on that day when a man had called out for help and said her son was seriously injured.