An official at the Legislative Assembly has been "warned" to remain "impartial" after a social media post about Judges allegedly drinking in public became widely shared and stoked controversy.

The Clerk of the Legislative Assembly, Tiatia Graeme Tualaulelei, said “public servants” should know better than to weigh into controversial issues involving other branches of the Government and to maintain their "impartiality".

Darrell Tuioti, who holds a senior I.T. post at the Legislative Assembly, took material from the Samoa Observer website in order to make a Facebook post about an ongoing dispute between the two other branches of Government and this newspaper.

His post on Tuesday night referenced to the response of the Acting Chief Justice, Vui Clarence Nelson, to the Samoa Observer’s coverage of a letter from Prime Minister, Tuilaepa Dr. Sa’ilele Malielegaoi, which had warned Judges to refrain from drinking in public.

The letter was published in Wednesday's edition of this newspaper ("Acting Chief Justice responds to P.M's alcohol in public letter). 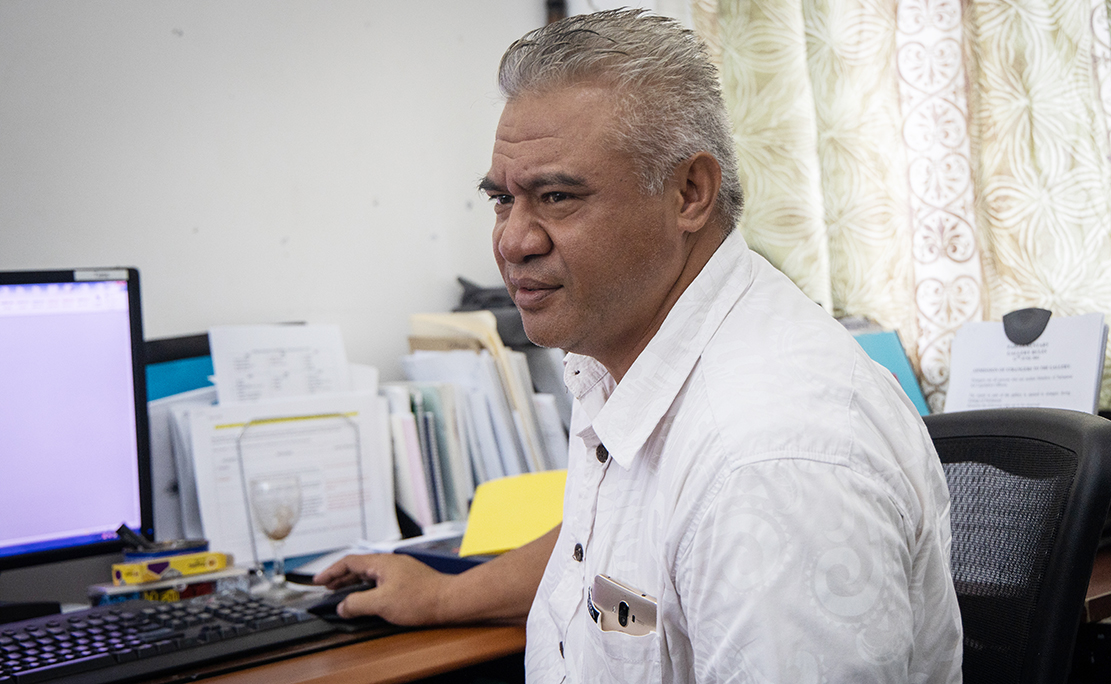 On Tuioti’s Facebook page at 8:59 pm, a screenshot of Justice Vui’s letter, taken from the Samoa Observer’s website, was posted with an accompanying message: “Acting Chief Justice response to Judges alleged public drinking. This is the letter for those who have no access to Samoa Observer. You’re welcome."

That screenshot was shared more than 60 times. 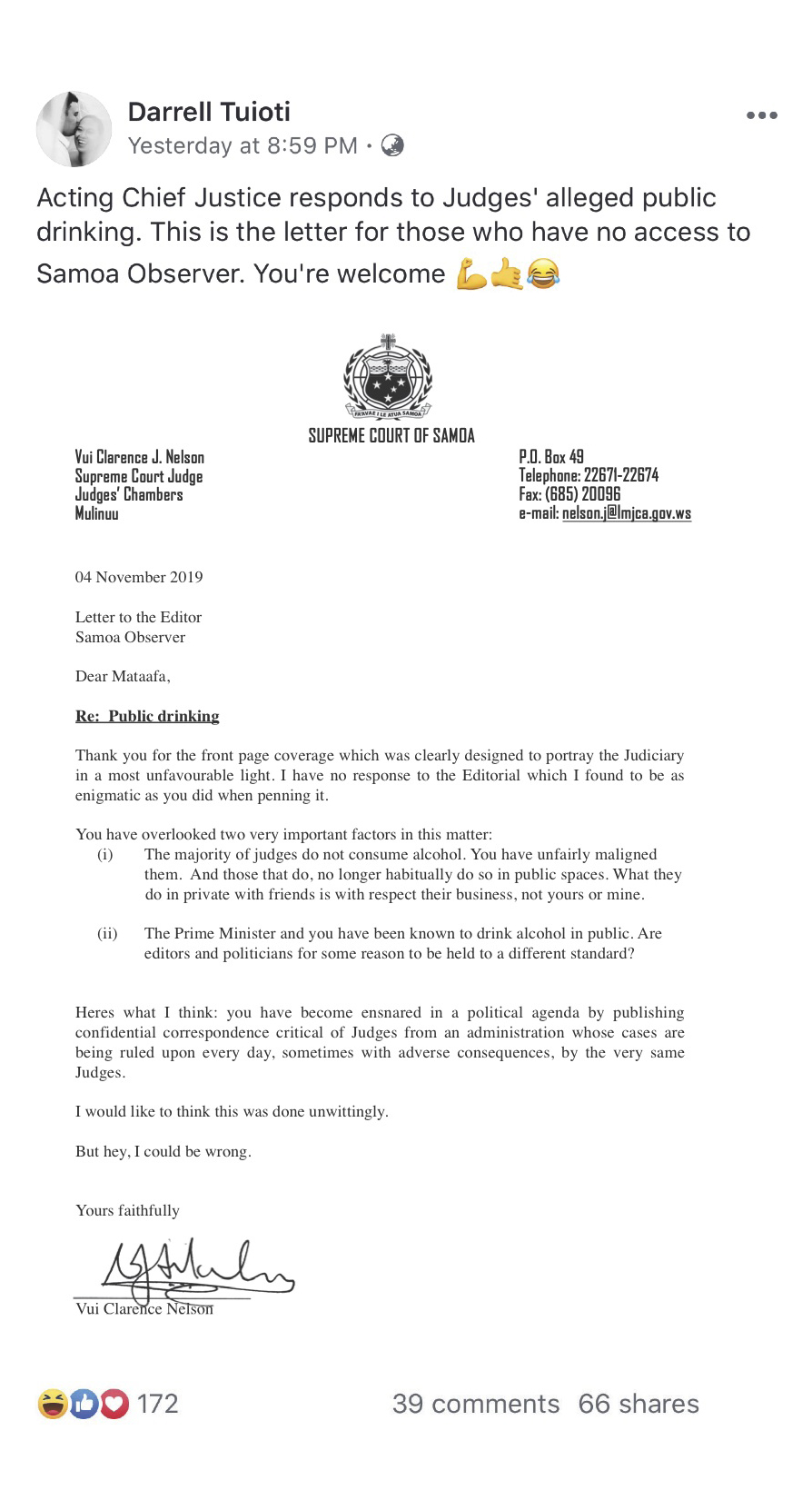 The Samoa Observer contacted Mr. Tuioti for comments and left messages at his office, but there was no response at press time.

“What he did was irresponsible,” said Tiatia, who acknowledged that while it was posted on his own personal page, it is still wrong given he is employed by the Legislative Assembly.

“I already met with the Mr. Tuioti and he was instructed to remove the post.

“I also emphasised to him the importance of maintaining the integrity of the Legislative and the mutual respect with other branches of Government, most especially the Judiciary.

According to Tiatia, the concerns raised by the public are valid.

“The mutual respect between the three branches of government should remain intact and again we should remain impartial when it comes to sensitive issues as this," the C.E.O. said.  “This is unacceptable behaviour coming from our staff".

The Samoa Observer was unable to seek comments from Mr. Tuioti about one of his earlier Facebook posts about the Samoa Observer website, where he posted a screenshot noting someone had used computer skills to covertly insert a profane message into the "source code" of the newspaper's website.

The government is trying to protect the rights of the village council. “And so anyone that does not support [these bills] is not Samoan and does not understand our tradition and culture and certainly does not want to be Samoan,” said the Prime Minister.

F.A.S.T. candidate runs for Faleata No .3

Protecting Samoa from a future where the country is overrun by immigration is one of the major motivations 65-year-old Paloa Louisa Stowers lists when asked why he is running for office.