Parents remember the boy lost to an epidemic

They were called to Moto’otua Hospital.

Their two youngest children, Peter and his two-year-old sister Ulalei were being treated for what was believed to be measles in the paediatric isolation unit of the national hospital for the past week, after doctors twice incorrectly diagnosed them with the common cold.

Earlier that morning, Ulalei had been discharged. She had recovered enough to go home.

But as soon as Mr. and Mrs. von Heiderbrandt got home with their daughter, they were called back. Peter had taken a turn for the worse.

“When I got there, the nurses explained to me that his oxygen levels had dropped and he had a very high fever,” Mrs. von Heiderbrandt said.

She bathed him and changed his clothes, and left to wait outside while the nurses prepared Peter to be moved to intensive care.

“But not long after we sat outside, around 15 minutes, the [Head of the Paediatric Unit] came to tell me there is nothing they can do, [the] baby has [died],” she recalled.

Mrs. von Heiderbrandt said she was so shocked she could hardly absorb the news that day, October 13. 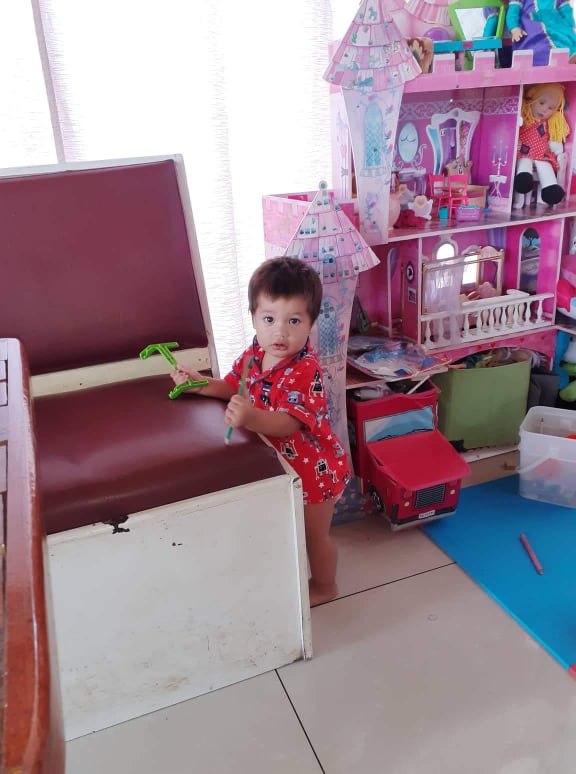 Peter's immunisations were up to date and he was about a month away from his first scheduled measles, mumps and rubella vaccine, his parents say. (Infants can receive immunisations as young as 12 months in Samoa despite New Zealand lowering the age range to as low as six months in the wake of its epidemic).

She has since stopped working and been given six months' leave to recover. She describes feeling like she hardly wants to do anything any more.

The parents of 14-month-old Peter von Heiderbrandt say they are shattered and heartbroken by their loss. But they are speaking today to urge those with unvaccinated children to go and seek protection from a disease that has been described as the world's most contagious.

The Ministry of Health last month declared an epidemic of measles. Peter is one of three deaths the Government suspects is linked to the disease, but it is awaiting further testing for his and more than 300 other suspected cases. It has not provided an official update on the current scale of the outbreak since mid last week.

For his part, Mr. von Heiderbrandt returned to work the next week, as the third engineer on a cargo vessel bound for Tokelau. His first trip away felt unreal, he said, knowing he wouldn’t be coming home to his son’s embrace.

“Sometimes during my job I pause and just sit there and think about it: the feeling of my son being gone again, and again and again," he said.

“When you are out on the boat there is really not much to do; it’s just you and the sea, and the job. I tried to keep myself busy, to keep my mind off it, because when it’s time to work, especially in my type of job, I can’t let anything go wrong.

“It was unreal, knowing when I return I won’t be seeing his face again."

Both Peter's parents have a strong network of family and friends who they say are the reason they are able to endure this experience.

In the family home, Peter was all his cousins’ favourite little baby, his parents recall. His older cousins mothered him while his parents worked. He was a voracious eater, Mrs. von Heiderbrandt said. His favourite food was apple juice, from McDonald's Happy Meals. It was one of the last things his mother would give him before he died.

His father recalls a soft child who mostly kept to himself, that is until the family would gather and being around a group would get him excited.

“When we’re all together he’ll start playing up, laughing, having the biggest smile," Mr. von Heiderbrandt said.

“He’s not one of those ones where you have to try and get close to him; he was close to everyone.

Peter, having begun walking at seven months, was already learning to play soccer, like his mum and dad. When the topic comes up, Mrs. von Heiderbrandt is suddenly unable to withhold tears.

“The way I saw Peter, he was going to grow up to be humble, strong, independent, plus he’d have his brothers and sisters to rely on,” Mr. von Heiderbrandt said.

“They grew up close together and they would always be there for each other.”

For unvaccinated young babies like Peter, avoiding exposure to measles is the only defence against the disease, because they have not yet been provided with immunity. 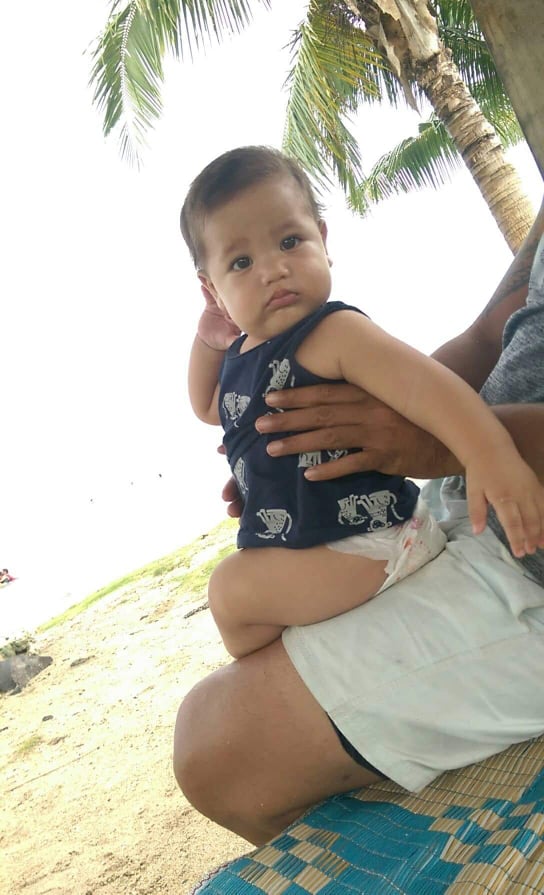 For two-year-old Ulalei, who missed out on her 15-month appointment, while the vaccine programme was suspended last year, her parents said they weren’t made aware the program was restarted in April and so never took her for her first dose.

It is hard to know how they were exposed to the virus, but their four-year-old brother Lloyd was also infected, as well as four of their cousins, ranging from nine years told to eight months. They were all treated in the hospital and have since been discharged, and are recovering.

The couple are insistent that fellow parents seek out advice if unsure.

“If you don’t understand, ask: that is the only way of knowing anything, just ask the questions of doctors, nurses, anyone,” Mr. von Heiderbrandt said.

“That is the only way you can properly understand what the situation is.”

They know the fears other parents have of vaccines after the terrible incident that killed two babies in Safotu last year, because they felt it themselves. But both urge parents to push through reservations and choose to vaccinate anyway.

The couple could see Peter was getting exhausted from fighting off the disease. But his condition deteriorated so rapidly that they still can hardly comprehend how he passed away.

“He was breathing so fast,” Mrs. von Heiderbrandt said. “I think he got tired.

“It was unexpected for him to leave the way he did.”

Mr. von Heiderbrandt added: “He had been fighting the whole week and I think he just needed a rest.”

Peter is buried by the sea, at his mother’s family cemetery in Vaigaga/Vaiusu. His family visit often and his father says goodbye every time he leaves to board the ship to Tokelau.

Ulalei, Lloyd and eldest sister, seven-year-old Tyheivven have not fully understood their brother isn’t coming back to kick around the soccer ball.

The couple want to take the children to Australia or New Zealand and spend time with family there for a holiday soon to try and shake off some of the cloud of grief.

“No one ever thinks about burying their children; you always think my children will bury me," Mr. von Heiderbrandt said.

Update: This article has been amended to correct the age at which infants become eligible for the M.M.R. vaccine.