The Acting Chief Justice, His Honour Vui Clarence Nelson, has responded to the Samoa Observer’s coverage of a letter from Prime Minister, Tuilaepa Dr. Sa’ilele Malielegaoi, telling Judges to refrain from drinking in public.

The letter was the subject of a story titled “P.M. writes to Judges about drinking alcohol in public” published on the front page of the Samoa Observer on Sunday. 03 November 2019. 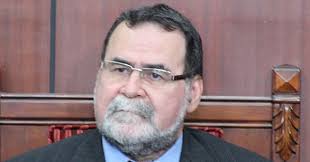 “The front page coverage was clearly designed to portray the Judiciary in a most unfavourable light,” Justice Vui writes to the Editor of this newspaper, Mata’afa Keni Lesa, in a letter published in full today.

But Justice Vui disputed this. “The majority of Judges do not consume alcohol. You have unfairly maligned them. And those that do, no longer habitually do so in public spaces. What they do in private with friends is with respect their business, not yours or mine,” Justice Vui’s criticism of this newspaper’s coverage continues. 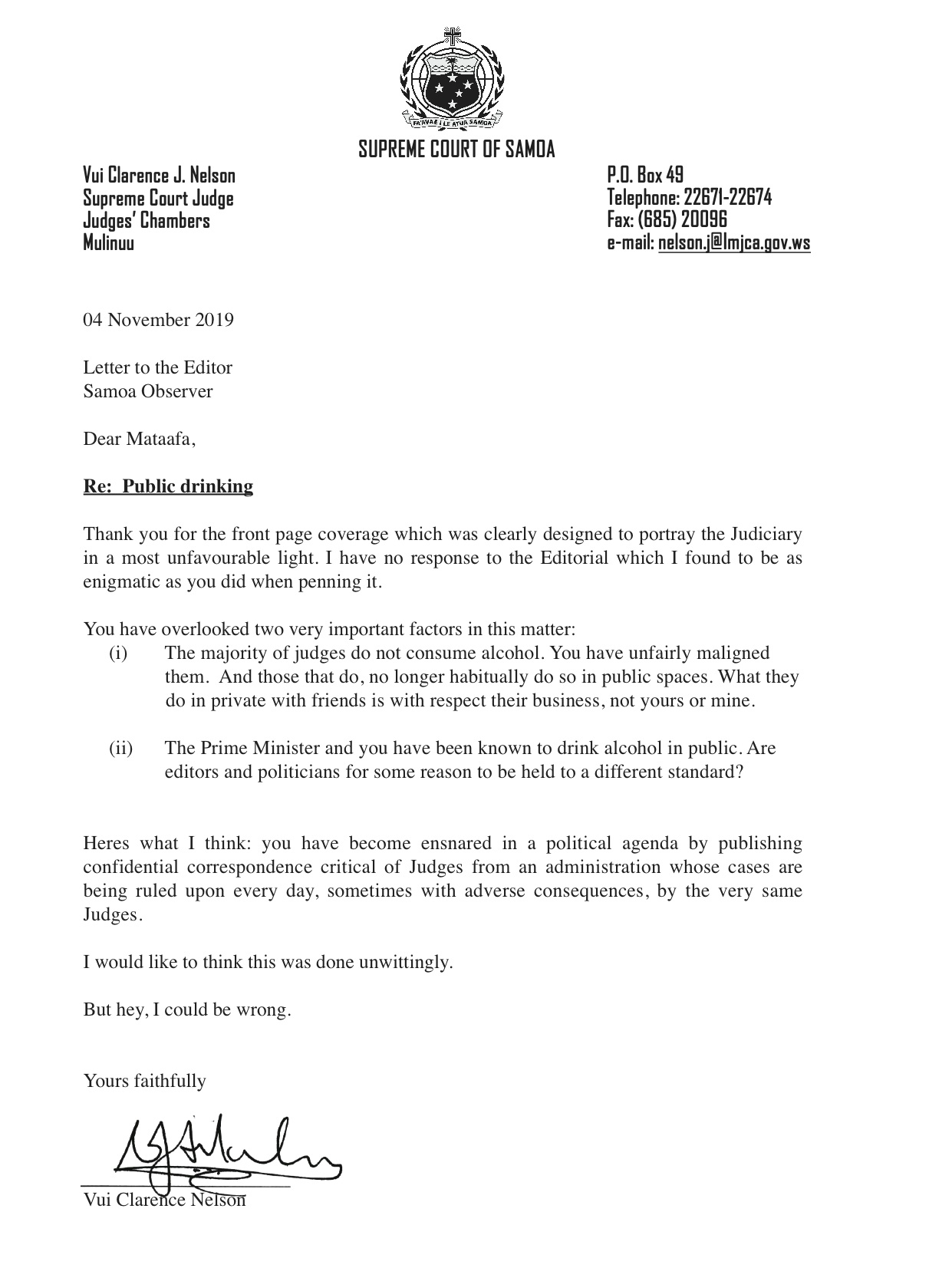 “The Prime Minister and you [Mata’afa] have been known to drink alcohol in public. Are editors and politicians for some reason to be held to a different standard?”

Justice Vui continues to suggest allegations “there have been numerous reports about [Judges’] consumption of alcohol in public” may be part of a political campaign to undermine members of the judiciary presently sitting in judgment in cases involving Members of Parliament.

"You have become ensnared in a political agenda by publishing confidential correspondence from an administration whose cases are being ruled upon every day, sometimes with adverse consequences, by the very same Judges,” Vui writes.

“I would like to think this was done unwittingly.”

Contacted for comment, the Editor of the Samoa Observer, Mata’afa Keni Lesa, declined.

When asked to respond to the substance of Vui’s criticism regarding Judges not drinking in public and the potential of his letter to undermine Judges involved in cases, the Prime Minister’s office did not respond by press time.

No Judge was singled out in the letter, which was addressed to Vui in his capacity as the Acting Chief Justice and the President of the Land and Titles Court, Fepulea’i Atilla Ropati sent on October 23.

The Ministry of Justice and Courts Administration Chief Executive Officer and Secretary for the Justice Service Commission, Moliei Vaai, was contacted for comment about the letter before it was published in last Sunday’s edition but declined to respond.