Private practices like the Plaza Medical Clinic are being extra careful not to invite measles over their threshholds. (Photo: Aufa'i Areta Areta)
Health

Samoa has closed most of its general outpatient clinics to move resources to deal with the worsening measles epidemic, the Director General of the Ministry of Health (M.O.H) has said.

Speaking to TV1 on Monday, Leausa Dr. Take Naseri said the ministry has had to modify operations to focus on the “alarming rates” of people seeking vaccinations.

Last week, M.O.H reported more than 300 people were being treated for clinical signs of measles and three people (two babies and a 37-year-old) have died. That number will have doubtless risen as the country battles vaccine and staff shortages.

Leausa said New Zealand has offered its support and the Ministry has told the country its “priority areas” for support. But he did not expand what those priority areas are.

“Everybody should be worried,” he said on the epidemic in another interview with WT Media.

“Especially with a small population like Samoa, one death is enough.

“I feel the government is doing a lot to restore public confidence. Even now we have to open extra hours for vaccination not only in the main but in the district.”

The hospital clinics are open from 8am until 8pm to vaccinate people, with priority given to children. The Samoa Observer understands some clinics are staying open even later to accommodate the crowds vying for protection from measles.

Leausa urged people to stay home and away from large gatherings, especially if they or someone in their family has been sick. 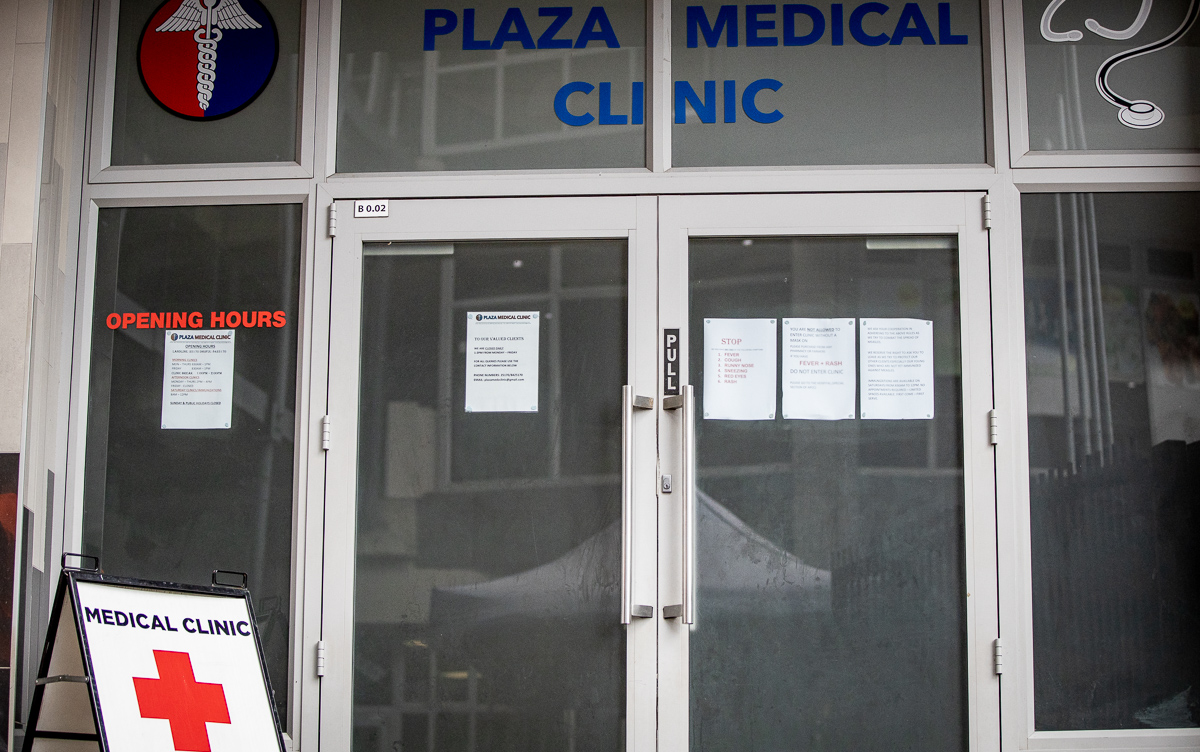 All preschools are closed until the epidemic is over, and primary schools will close on the 15th of November. High schools have until the end of the month to complete exams and then close as well, two weeks earlier than scheduled.

Pharmacies and private clinics have also adjusted their work to contend with the epidemic. In town, the Plaza Medical Clinic has requested customers with measles symptoms (rash, fever, red eyes) stay outside or wear protective medical masks.

They have also reserved the right to ask sick patients to leave in order to protect other patients like potentially unimmunized children.

Plaza Medical Clinic is delivering vaccinations on Saturdays from 8:30 until 12:00pm on a ‘first come, first served’ basis.

Niu Pharmacy has taken a similar precaution, asking that patients with measles wait outside or in their cars and that staff will deliver prescriptions to them rather than have them come in store.

Zhenna Chan Mow-Faaiuga, who owns and runs Niu Pharmacy said one of their staff members was among the first people to have a confirmed diagnosis of measles nearly three weeks ago.

Since then, the pharmacy has ensured all staff are vaccinated and they all wear masks for their safety. Ms. Chan Mow-Faaiuga said countertops and surfaces are regularly cleaned with disinfectant.

She said since the measles epidemic broke out, more customers have come through looking for treatment.

Nurofen) and cough and cold medicines for both children and adults,” Ms. Chan Mow-Faaiuga said.

“We have also noticed an increase in the sales of masks , hand sanitizers and disinfectants.”

Asking paying customers to wait for prescriptions outside the pharmacy can be hard. But Niu Pharmacy customers have been supportive, the owner said.

“Measles is highly contagious and we do not want to put our other customers at risk, so we want to ensure everyone's well-being and

safety when they come to our pharmacy.”

Faleolo International Airport will need extra drainage to deal with heavy rainfall as a result of climate change, a Japanese study has found.

Head of State's authority under scrutiny

“So Let me ask you this, under what authority did the Head of State issue this revocation,” Justice Vui Clarence Nelson asked Attorney General, Savalenoa Mareva Betham-Annandale.