Stigma turning people away from tests

Stigma is turning people away from getting tested for sexually transmitted infections (STI) and promoting healthy behaviour.

The Ministry of Health (MOH) along with Samoa Red Cross Society (SRCS), Samoa Family Health Association (SFHA), Samoa Fa’afafine Association (SFA) and YWCA have been encouraging people to get tested and continue to educate them on why and where to get treatment.

Bobby Carney, who is the monitoring, research and evaluation officer for STI HIV and TB at the MOH, said stigma is one of the leading factors behind in the low testing prevalence in Samoa.

“Is everyone going to discriminate and hate them? Are they going to react badly? Is what always holds them back from testing,” he said, in an interview with Samoa Observer.

His concerns were echoed in the 2018 Ministry of Health Global Aids Monitoring Report, which stated that accessing treatment services is met with stigma. The report also stated that people living with HIV or AIDS were not accepted.

“This has remained roughly the same since 2009. This illustrates the stigma that is still associated with HIV and AIDS and previous programming has not effectively addressed it.”

Expanding on his concerns, Mr. Carney said educating people on the issue is not promoting sex, but rather arming them with knowledge to make the best choices.

“The importance is really getting everyone educated on prevention and making the healthiest choices and also knowing where the services are.

“Where to get tested and where to get treated. You won’t know you’re affected or not, because many STDs and HIV many times don’t have symptoms—until the infection is hurting you or it’s too late,” he added.

While people may not want to get tested, donating blood is another way of knowing one’s health condition. 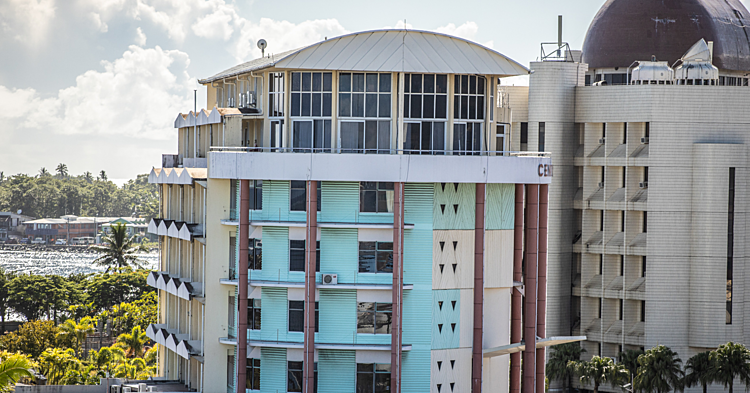 Samoa’s pandemic-battered economy is continuing its decline a new report from the Central Bank of Samoa has found.