In the daytime, the Tuanaimato Reserve above Tulaele looks like a relaxing place for a picnic, or a favoured spot for joggers.

But when the sun went down last night on Halloween, it took on entirely new dark and threatening aspects. Mysterious screams bounced off the trees. 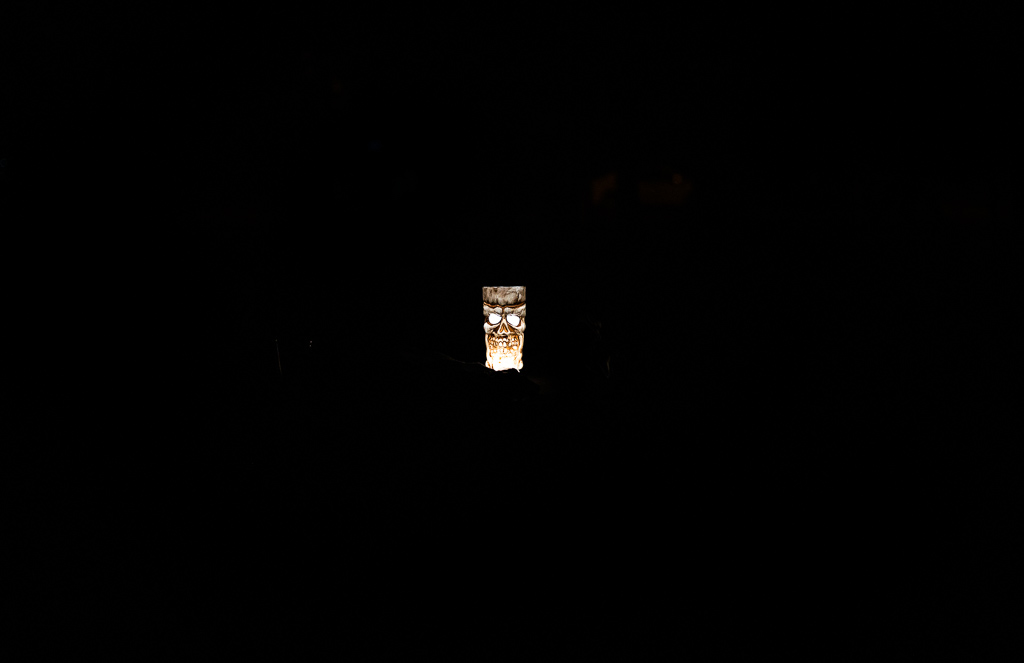 Welcome to the Haunted Forest. Keep to the right. Follow the glow.

Once inside, some corpses jump out into the pathway threatening to bite, while others lie swaddled in black plastic. Larger than life spiders hang too close for comfort from the treetops and ghostly wraiths float menacingly by the road.

None of this was too much for hundreds of brave and curious people lining up to walk through it last night. 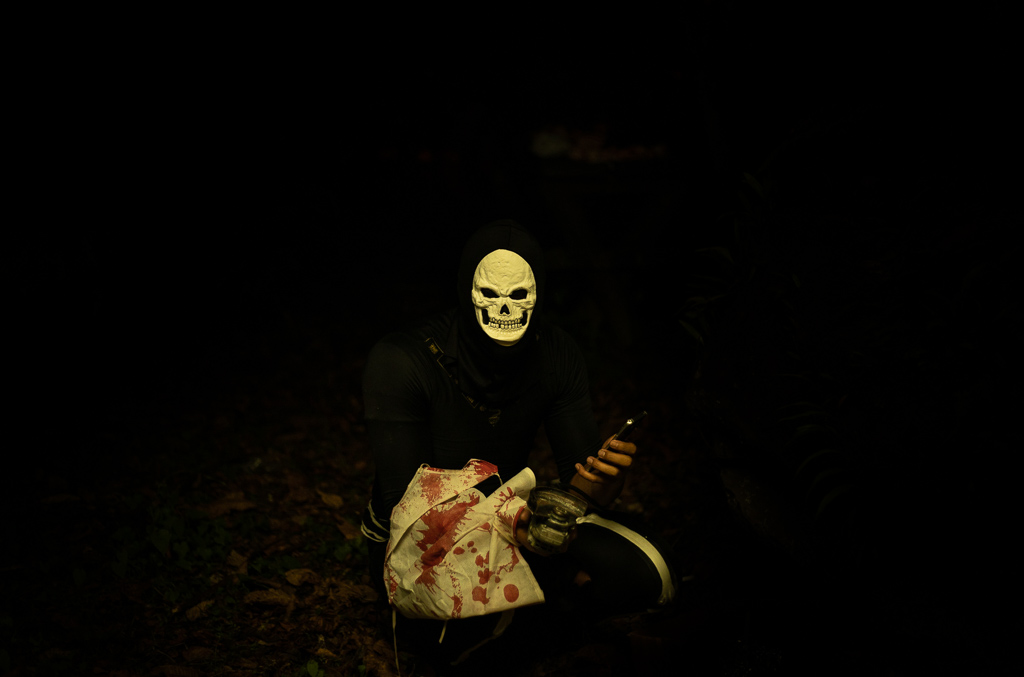 Benjamin Lolani, Tasha Johnson and their family are the masterminds behind the haunted forest, their second Halloween contribution to Samoa after last year’s haunted house.

It took them the entire day to build, and cost them an extra $600 on top of last year’s investment of nearly $2000, Ms. Johnson said.

That didn't come without its challenges, however. Hours before the gates were to open the team found some of their sites wrecked, and had to get Police involved. 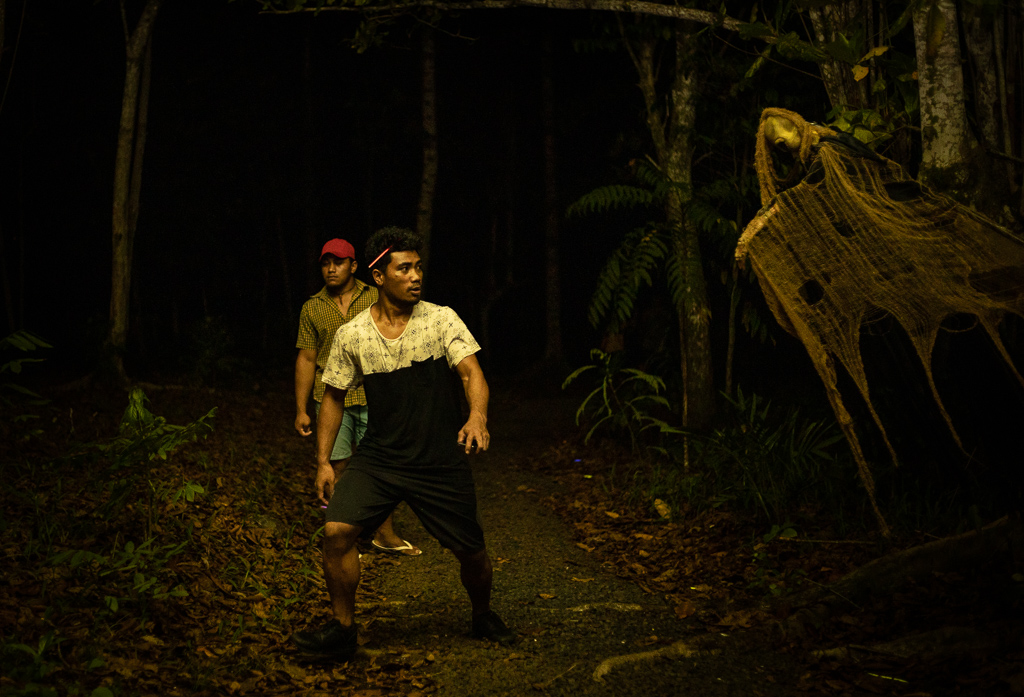 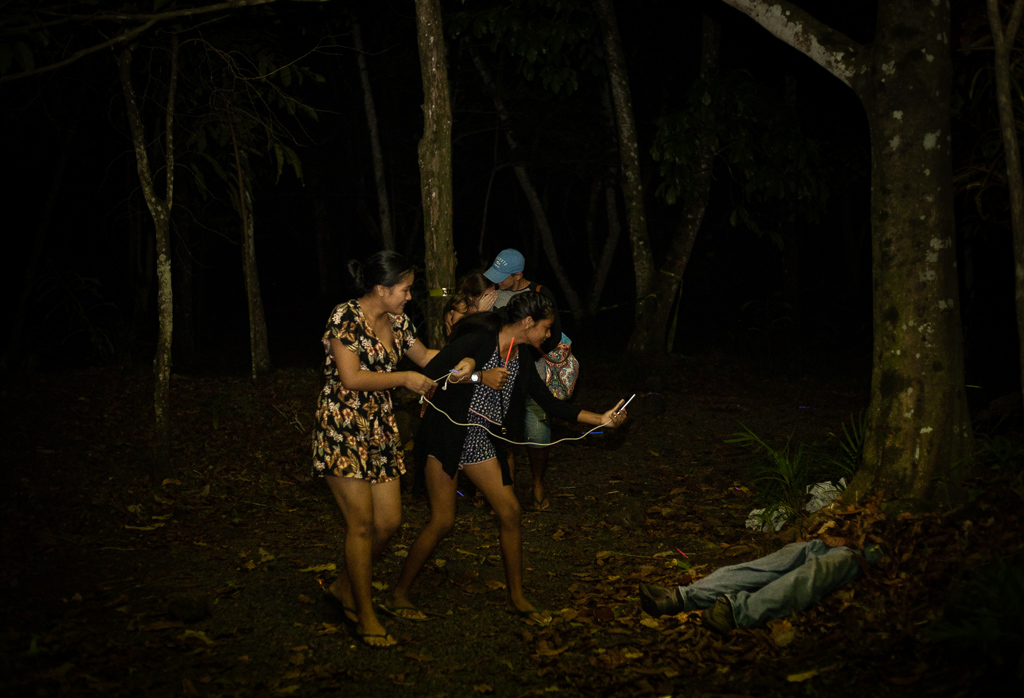 But the eager crowd didn't notice, and got right into the spirit of All Hallows' Eve, screaming as each new fright that landed in front of them.

“Are we supposed to walk through there,” shrieked one frightened guest, coming up to the tunnel covered in cobwebs. 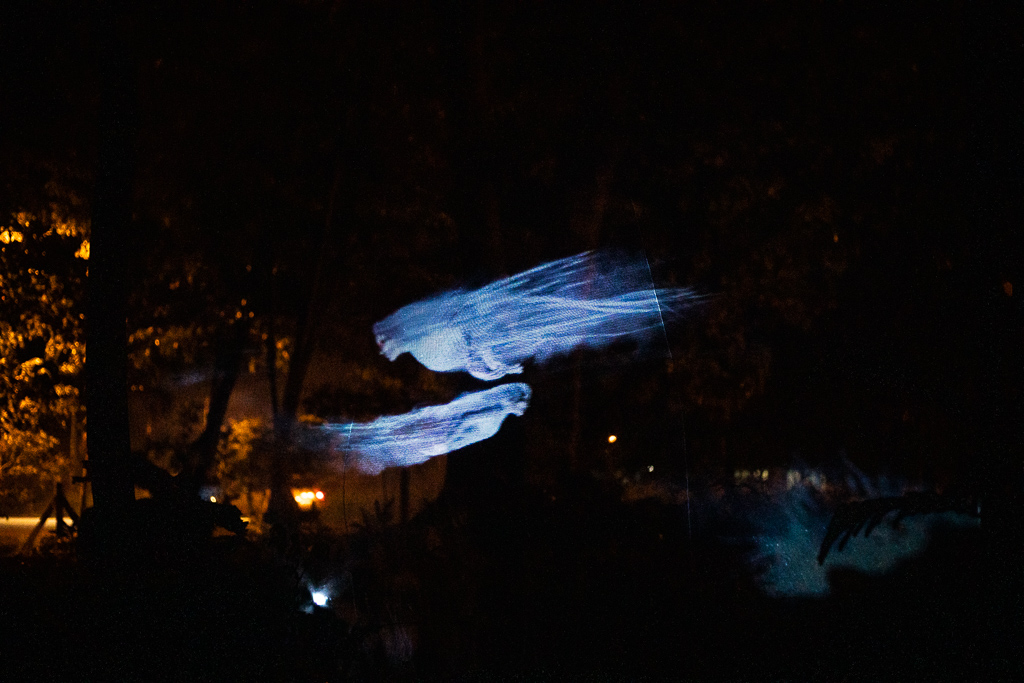 Some people were too scared to make the entire journey around the course, choosing to turn around than to face a mysterious green lit, foggy channel where a rotting zombie leapt out at the crowd.

Others pressed on valiantly only to find a large dog barking at them, and so would, panicking, sprint to the finish line. 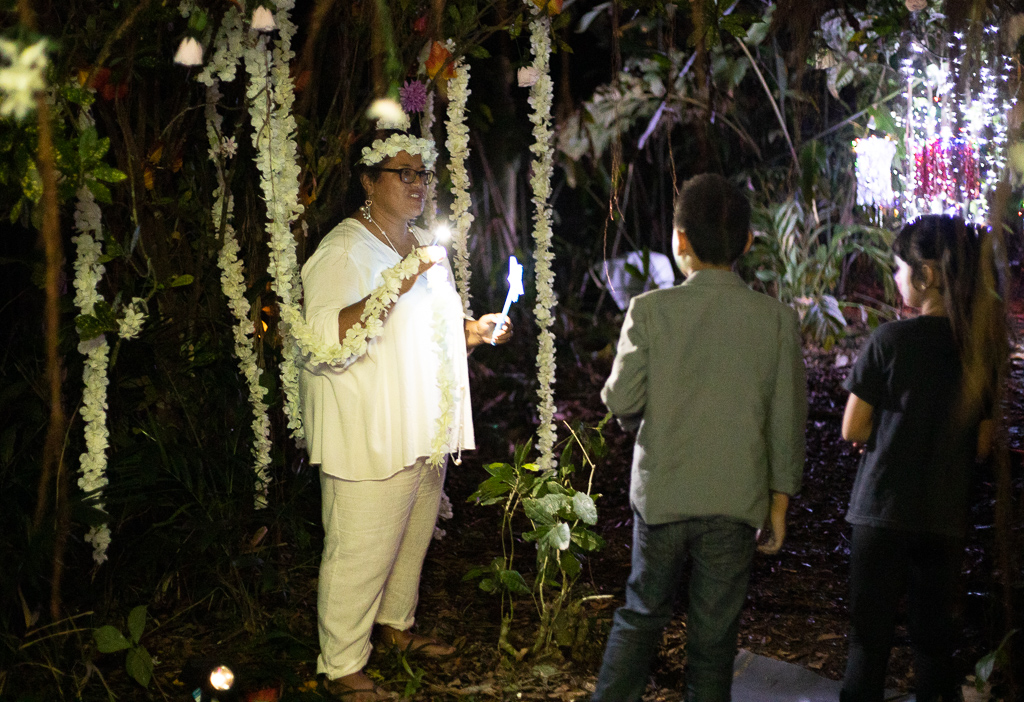 Down the way at the Riverside Complex, another Fright Night Maze was taking shape; an intricate and confusing tangle of paths which features zombies, ghosts and clowns all designed to deter guests from their chosen route.

Black tarpaulin spray painted with deliberately confused and mixed signals (this way, wrong way, keep out, turn back) appeared at every turn, and another beast was there to scare you if you tried to turn another corner.

It was a packed event. Crowds desperate for a fright backed up at the narrow maze entrance. Children of all ages embraced the thrill: the ones crying “I want to leave” also happened to be the ones leading their family pack.

“We’re tryna make Halloween take off in Samoa!” a ghoul said in the haunted forest. Judging by the screams still heard a street away, it has come a long way. 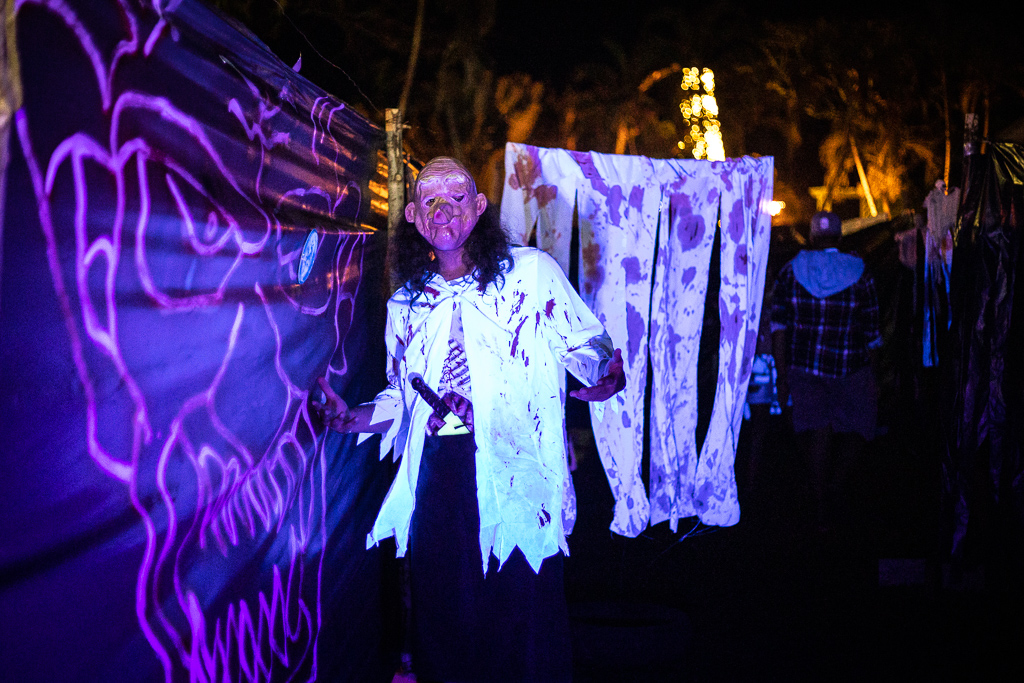 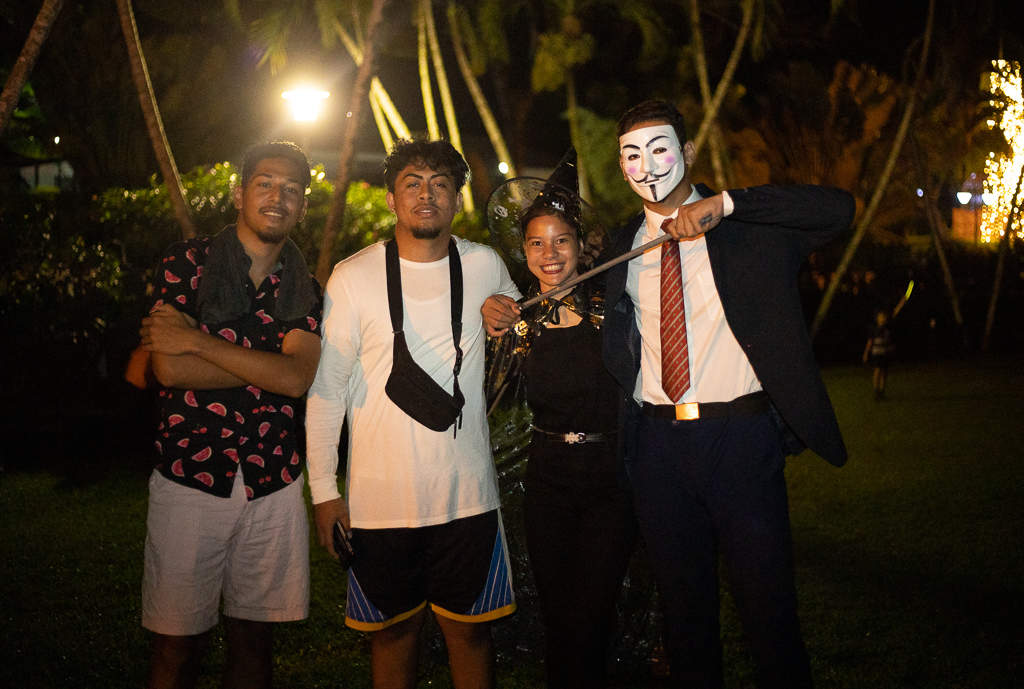 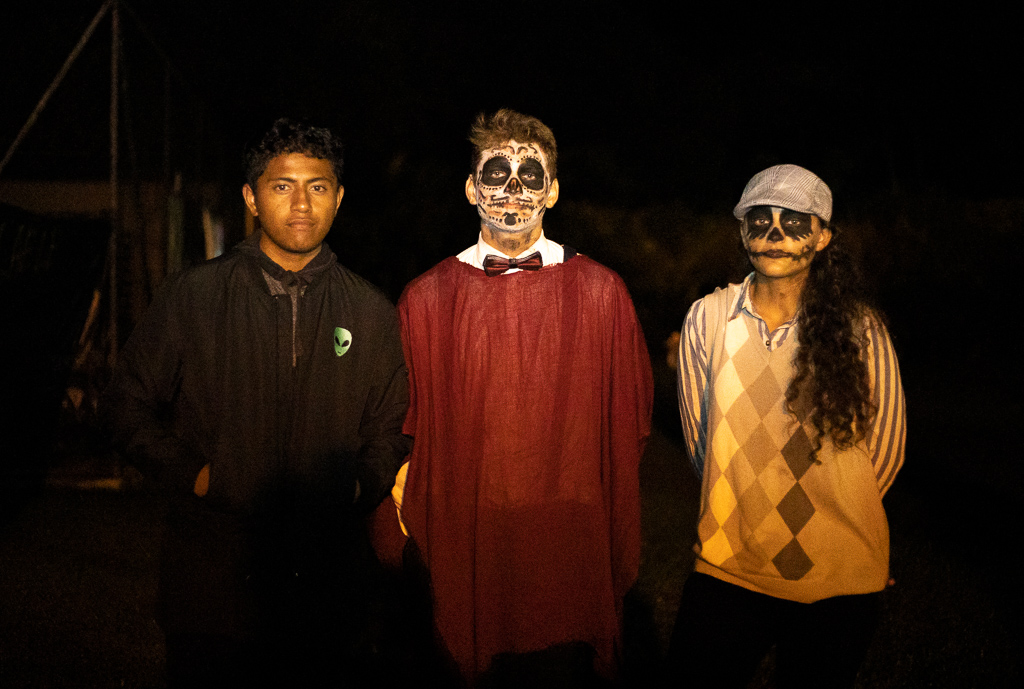 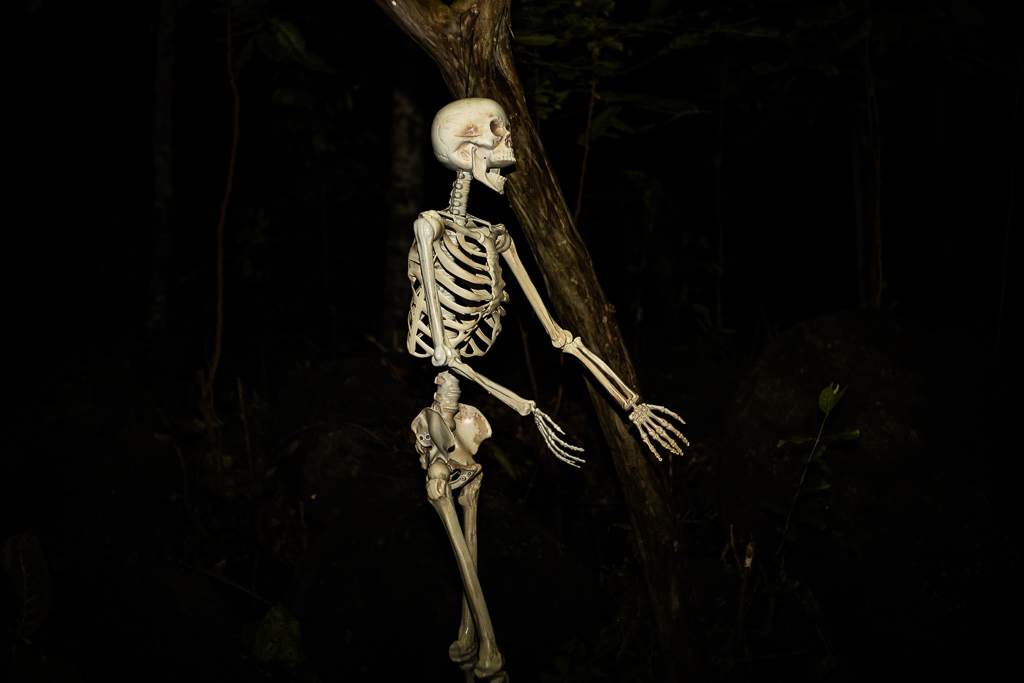