This year’s PinkTober programme was brought to a close on Thursday with the Samoa Cancer Society CEO Shelley Burich paying tribute to cancer survivors.

The event to end the month-long programme was hosted and sponsored by the Return to Paradise Resort, with the Minister of Health and the Society’s patron, Afioga Faimalotoa Kika Stowers leading the invited guests. 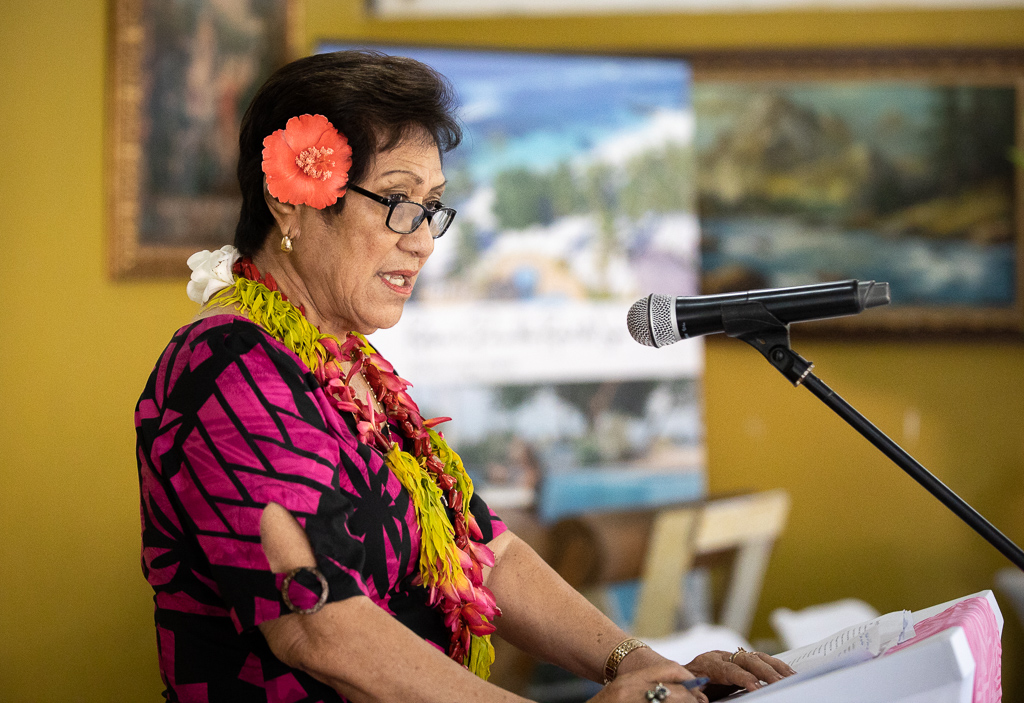 Ms Burich, while acknowledging the presence of their guests, said she wanted to highlight the presence of cancer survivors with their families and friends and mentioned that it was good the survivors morning tea programme was revived and incorporated into this year’s calendar.

“It is also officially the last event as we draw PinkTober to a close at the end of today,” she said. 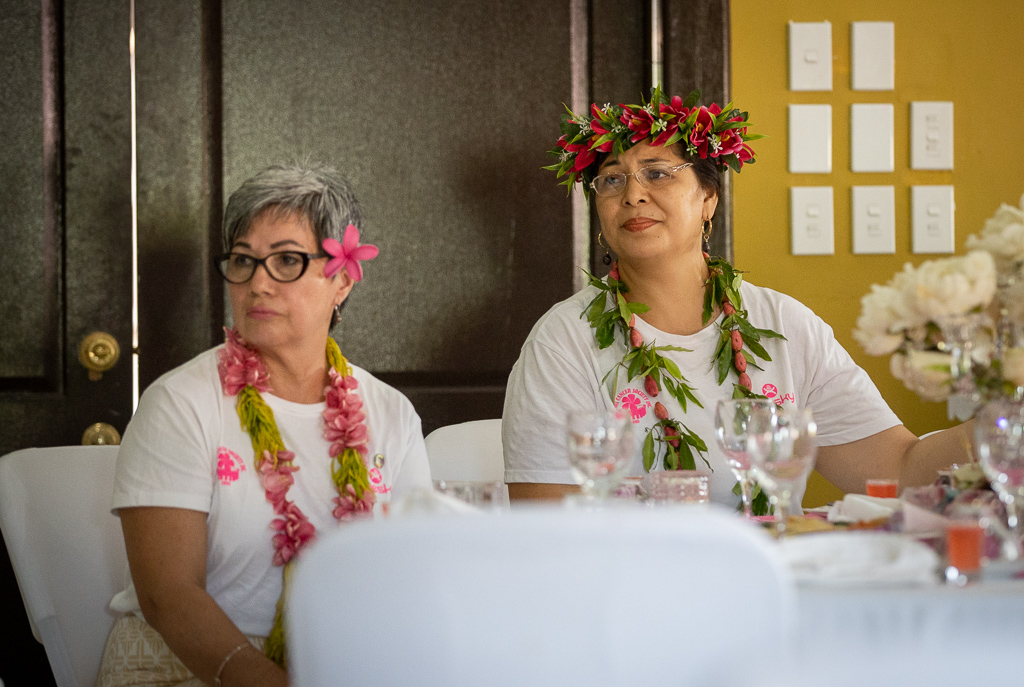 “Today, we honour your bravery and battle with cancer and we celebrate life after cancer by standing together with you, and showing the nation and the world that life after a cancer diagnosis can be meaningful, productive and even inspiring.”

Speaking highly of the cancer survivors, Ms Burich said they continued to show resilience, hope and the ability to overcome their challenges while determined to continue to fight and live with cancer.

“When hearing the word cancer, we often associate it with death. Cancer is treatable and beatable. This is the message that we want to share,” she said. 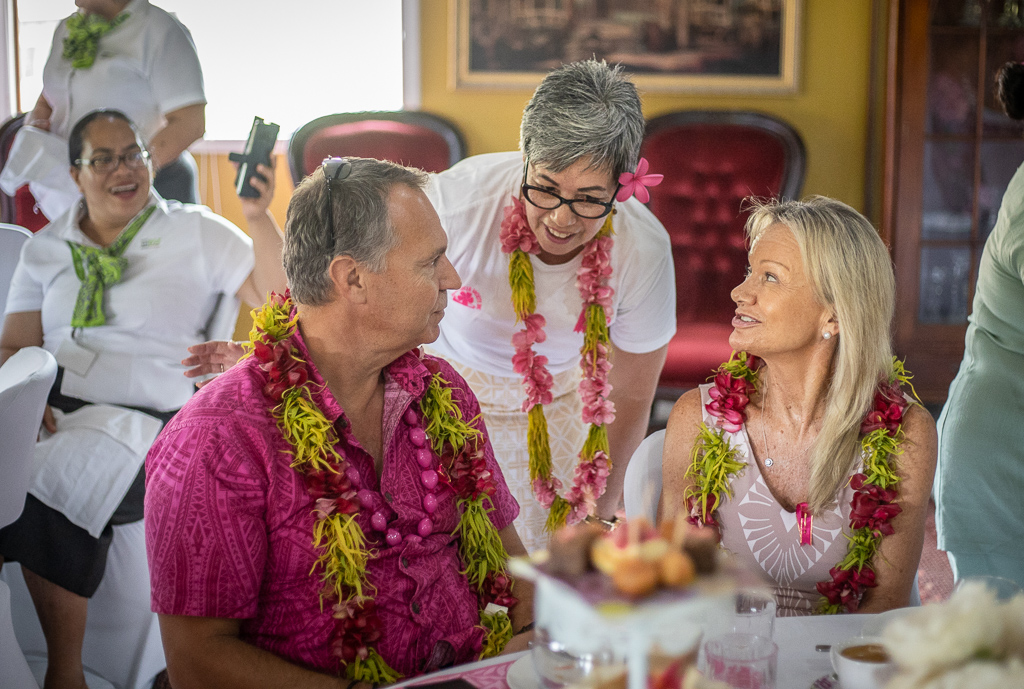 Touched by the solemnity of the occasion and the tribute to cancer survivors, Minister Stowers said it was days such as this that served as a reminder of the need to unite the people to drive innovation and deliver the best care for patients and their families.

“What we need is unity of purpose and clarity of direction,” she said.

A cancer survivor, 74-year-old Lemalu Fa’atamali’I Wulf of Matautu Lefaga who attend the event with her 79-year-old husband Tapumanaia Francis Wulf of Auala Savaii, said they both felt honoured to attend the Society’s PinkTober closing programme. 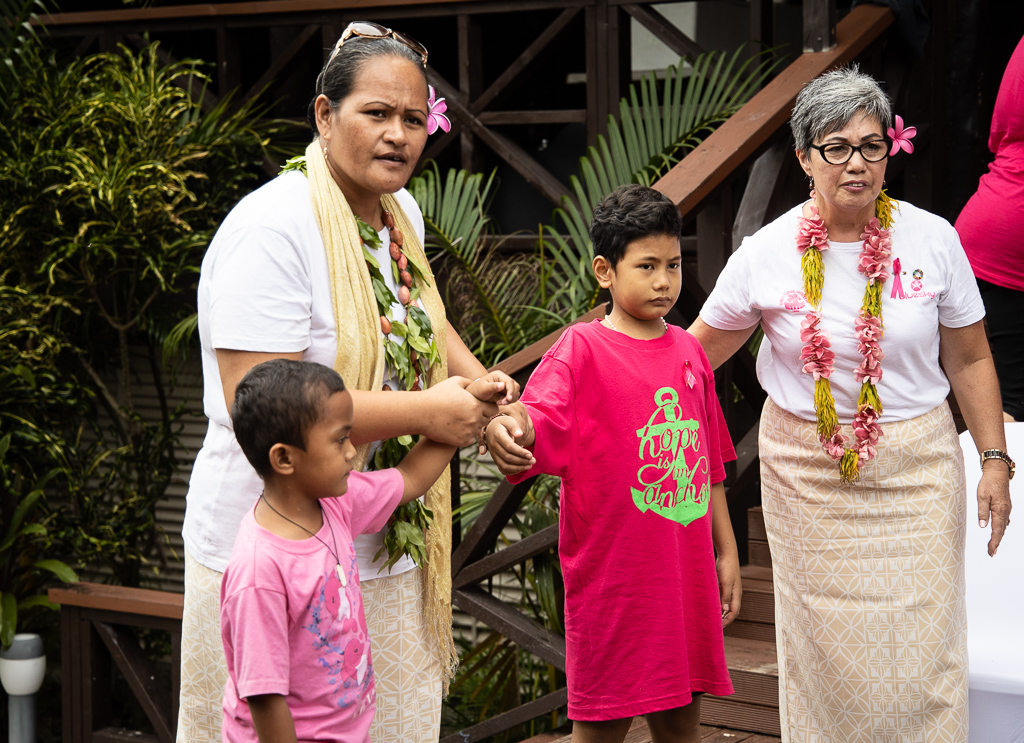 A teacher by profession for 30 years, Lemalu was diagnosed with colorectal cancer at the age of 65.

Tapumanaia, who spoke on behalf of his wife, said he now cares for his wife full time after she was diagnosed with cancer and the Society also assists her with her needs.

“I praise God for the wellness that I see in my wife Mrs. Wulf Lemalu,” he said.

Support for the PinkTober programme would not have been possible without private sector support, consequently Ms Burich used the occasion to thank their sponsors ANZ Bank, Arilei and other business organisations including Return to Paradise Resort. 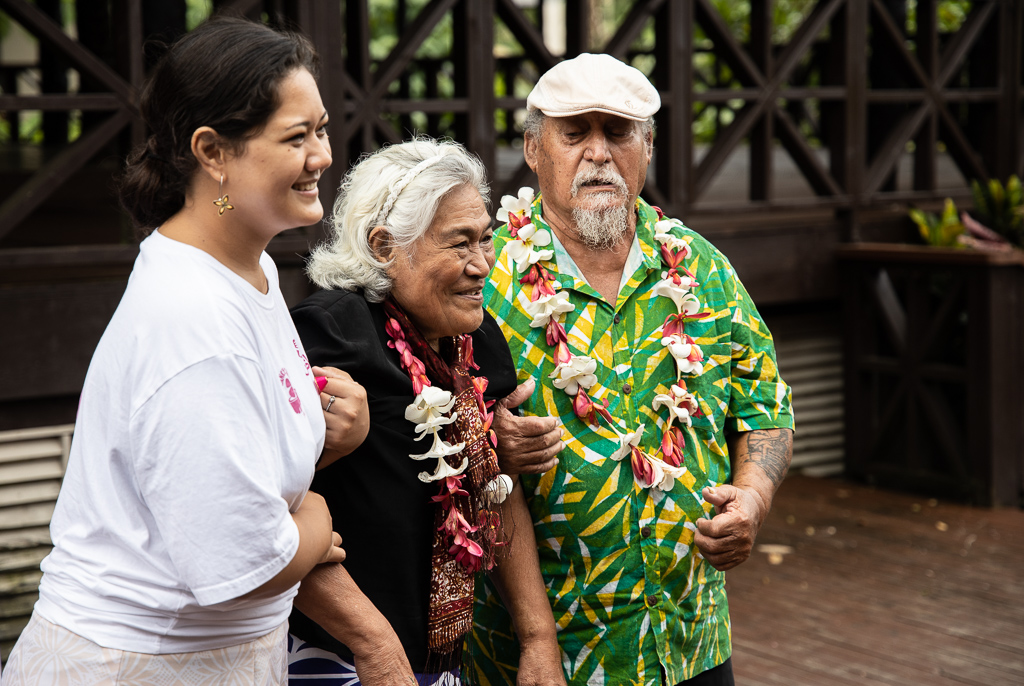 The Society’s CEO also said the personal testimonies of cancer survivors can help them and their stakeholders understand that care often extended beyond cancer treatment and managing the symptoms.

“Since being with the society and listening to patients, I have become more aware of the extent and amount of lifelong support cancer survivors need, and how we as a community and a country need to acknowledge that and put greater efforts into providing adequate support,” she added.