Netball Samoa had plenty to celebrate on Wednesday night as they wrapped up their 2019 National Netball League with an awards night at Taumesina Hideaway.

The National tournament lasted ten weeks and saw 36 teams competing in five divisions, U-10, U-12, U-16, A-Grade and A-Reserve.

Netball Samoa Chief Executive Officer, Rosemarie Esera, said the highlight of this year’s tournament is definitely the number of players that came through to play.

“There is a real definite increase,” she said.

“With the U10 and U12 that we included, it brings in parents and grandparents and you see that at the stadium,” she said.

“It’s a great feeling, and hopefully it will be like overseas, it is where everyone gets together.

“So today is just to celebrate the success of the league and just thank all the clubs, because without the clubs, there would be no league.”

Hyundai Netball Club, is the overall Champions for the A reserve division and they could not contain their excitement on the night, but mostly proud of their achievement. This is not the first time the team have retained the A-Reserve shield.

The Sanoa College of Old Pupils Association (S.C.O.P.A.) won the championship in the A-Grade division but the overall shield is held by Mary Marist. 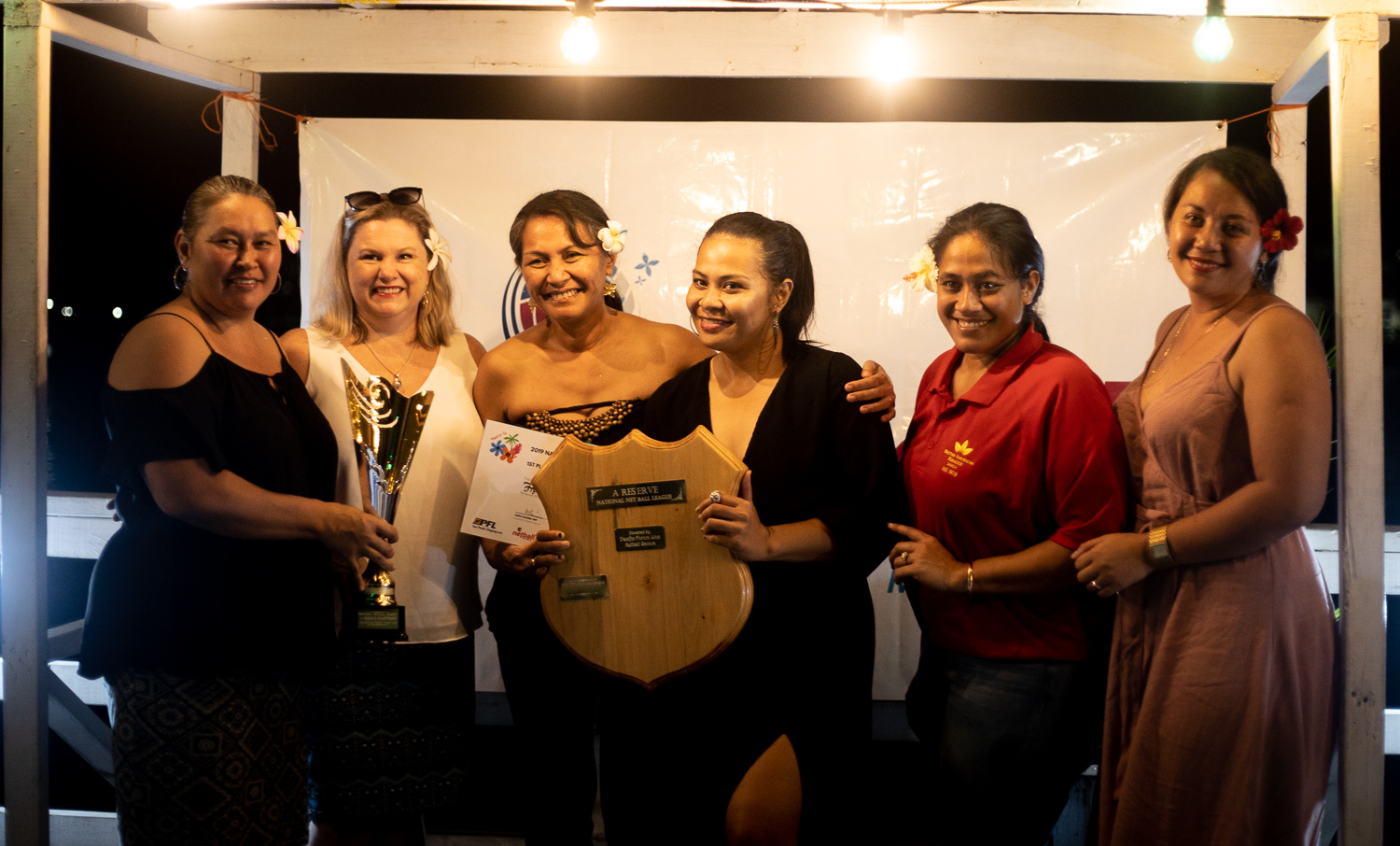 She emphasised the need for the netball players to be involved in netball clubs, because they are invariably where skills are nurtured and developed.

“For the age group definitely [they brought] a lot of competitiveness, but to the two teams that came in A-Reserve this year, for me they all play recreational [netball] (fa’aafu),” said Rosie.

“So now they see that netball is different, it is like come very Saturday and there’s no time, just one hour, four quarters and that’s it.

"It’s a different mindset, and I think from the feedback they’ve really enjoyed it, so I was saying to them here we have a really good number of players at fa’aafu, but what Netball Samoa is working hard [towards] is some of them to go into clubs.

"Because it’s at the club level that would pick and where we start growing and training our girls for national level."

Mary Marist A-Grade team captain, Gaufa Salesa, said she is a second generation player at the St Mary's Sports Club and she could not be happier to regain the shield this year.

The team were not able to keep the shield last year, so they are happy to have it back this year.

Gaufa said the teamwork and sense of camaraderie keeps her playing, and it is something she admires about her team.

"That's one thing I love about our team, is that we are never serious, but we get the work done.

"Our main goal is, team bonding, friendship and sportsmanship. This year we are proud and cannot wait for next year."

The Netball Samoa Chief lastly credited their long time partner, Pacific Forum Line, for their continual sponsoring of the tournament over the years.