The 24-year-old prince is the son of the late Prince Tuku’aho IV and Samoan woman, Alaileula Tuku’aho.

He took the journey of getting the tatau with his half-brother, 32-year-old, Laupepa Letuli, who is his mother’s son from a previous marriage. For years, the brothers longed to get the Samoan tatau.

The dream was completed on Tuesday night in the presence of family members and friends.

They were tattooed by prominent tufuga (traditional tattoo artist), Su'a Suluape Alaiva'a, and his team. 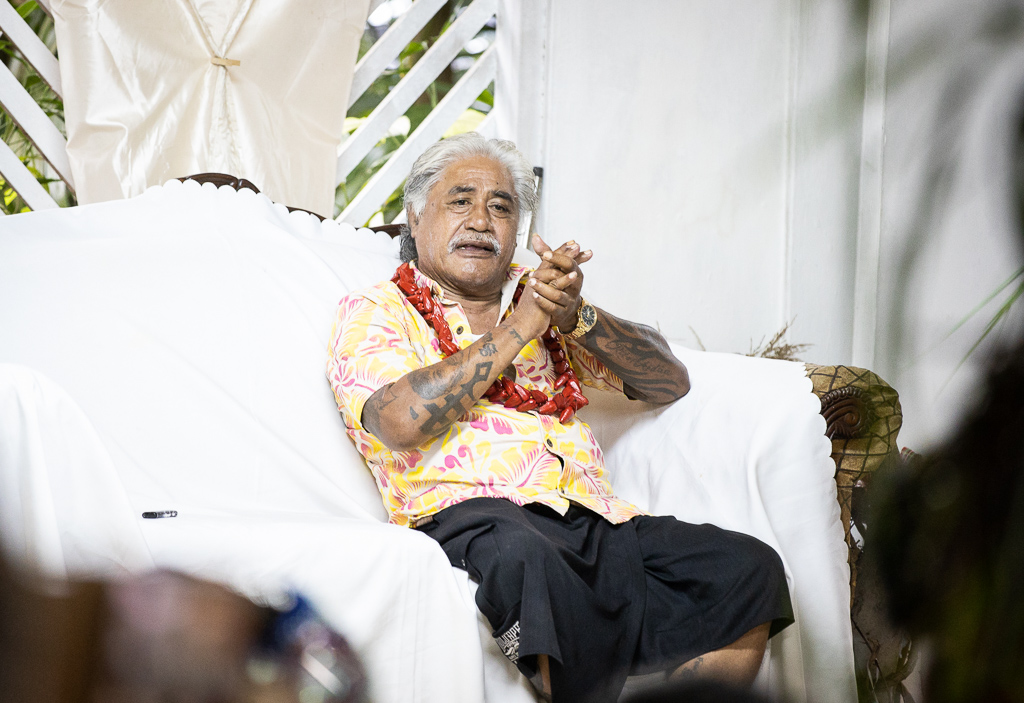 Prince Etani was born and raised in Tonga. Getting the tatau enabled him to pay homage to his Samoan mother’s side of the family.

He said it had always been his childhood dream to get the tatau. It was also a dream that Laupepa shared.

“It’s what’s on the inside that is outside now and it’s something that I always held in me for all my life," Prince Etani told the Samoa Observer.

“In Tonga we have a kafa and a tauvala and that means we’re holding our island and I think of that the same way, holding my country and even both countries in my tauvala.”

Seeing her sons undergo the intricate process of getting the tatau was emotional as well as satisfying for Mrs. Tuku’aho, as her children were finally embracing her culture that is passed down through her bloodlines.

“It’s good to be home and amongst families through this occasion," she said. "I'm glad that my children want to embrace their Samoan culture and heritage and wear it proudly.

"My children grew up in Tonga and so their lives have been predominantly Tongan, so it comes as a surprise to me that one of my sons wants to embrace his Samoan side and that is Etani, and here we’ve witnessed today is his dream come true of getting his pe’a done so I’m very proud of that.” 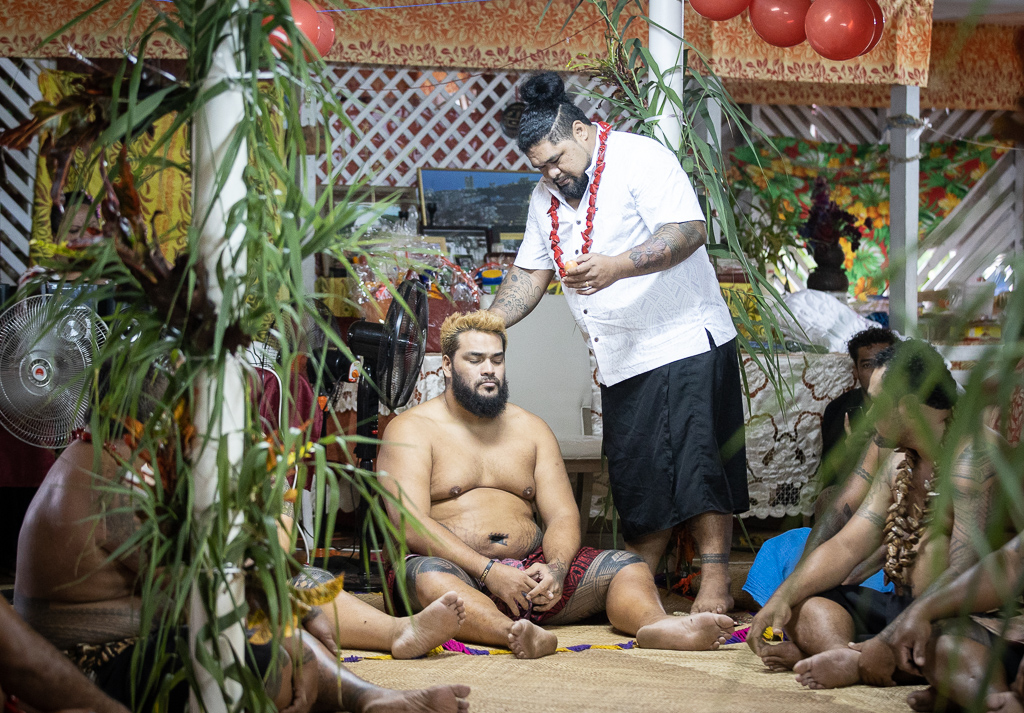 Mr. Letuli was overwhelmed by the occasion, saying going through the traditional tatau with his brother meant a lot to him and is something he will remember for a long time.

“Thank God for giving us strength through this whole journey. I’m just happy that I’m paired with my youngest brother,” he said. “Our culture is something that is priceless and this is something I get to take back with me because I live overseas.”

Born and raised in Samoa before moving to the United States with his father when he was 12, Mr. Letuli said getting the tattoo gives him a sense of manhood and is aware of the responsibilities that come with it. 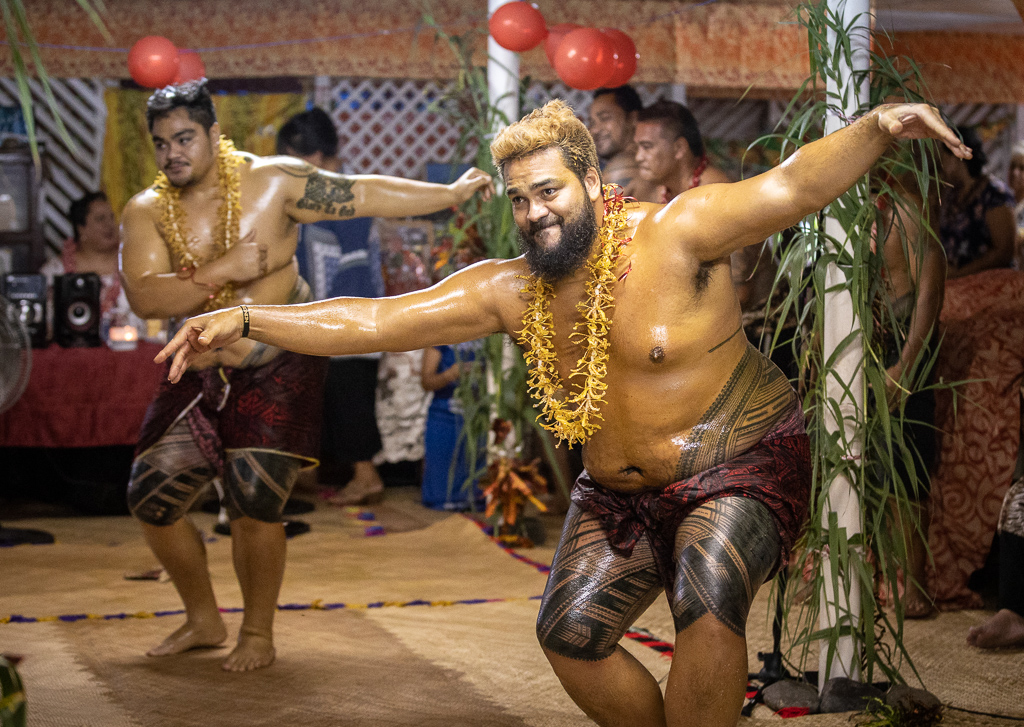 “This is the most beautiful thing you can wear. It’s important to have everything, the businesses and all these material things but when you die, this is the only thing you go with so it’s very important,” he said.

Mrs. Tuku’aho and her two sons spend half of their time in America as Prince Etani is studying in Los Angeles to become a naval officer.

Laupepa is a musician based in Hawaii. However, the two brothers do travel back and forth to Samoa for family faalavelave and their grandmother, their mother’s mother, is still alive. 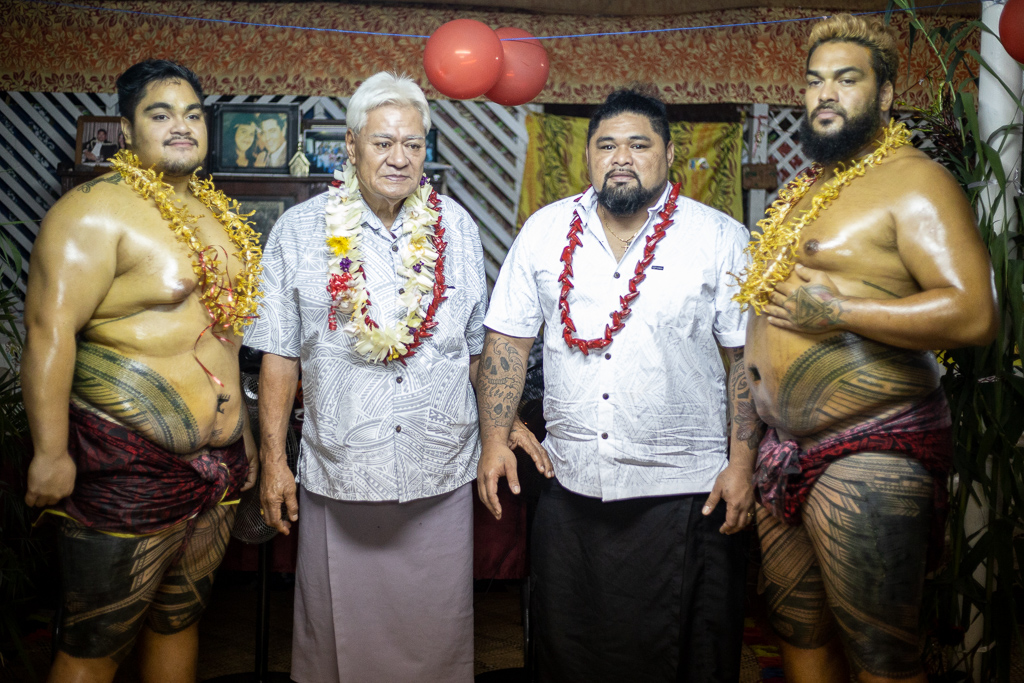 A typical faaaloalo (traditions of respect) used Tongan weddings, birthdays and funerals were presented as gifts to the tufuga. According to Mrs. Tuku’aho, the Tongan faaaloalogas were usually brought in for her sons and used in ceremonies.

The Tongan faaaloalogas were made by Tongan women in Salt Lake City in Utah as well as Los Angeles.

Moved by the occasion, Mrs. Tuku’aho said she remembers the late King of Tonga, His Majesty King Taufa'ahau Tupou IV, and how he used to tell them that his grandfather's father is the father of King George Tupou II.

“His name was Tu'ipelehake, and he apparently migrated from Tonga to Savai'i and set up a home there with a Samoan lady, had kids and didn’t think of going back to Tonga as he had a pe’a, full tattoo,” she said. “But then from King Tupou I, her line was almost extinct so they had to bring the Tu'ipelehake back to Tonga to sire an heir to the throne, so they brought him back and got him married to his granddaughter and then they had King George Tupou II who is Queen Salote’s father.

“I know with the pe’a comes with a lot of responsibilities so we’ll teach them first of how to speak the culture so they can move on to the next chapter of Faasamoa which is getting a matai title and so forth.”