Bluesky M-Tala users to purchase prepaid cash power from the comforts of the home, by simply dialing 175#, available in both English and Samoan. (Photo: Areta Areta)

Bluesky Samoa and the Electric Power Corporation (E.P.C.) have partnered up to ensure convenience at their customers' fingertips.

Bluesky M-Tala customers are now able to purchase prepaid cash power from the comforts of the home, by simply dialling *175#, available in both English and Samoan.

But before that, they have to be registered M-Tala users without charge, and have balance in their M-Tala phone wallet.

This was announced during a hress conference held at the E.P.C. conference room.

Bluesky's Chief Executive Officer, Satish Sharma, said they are not just a data network but also a solution selling network.

Each prepaid power transaction has no cost to the customer, with no hidden fees, providing power vouchers via text messages on real time basis anywhere in Samoa, Mr. Sharma said.

The security of the transaction is with the customers customised pin that they set with Bluesky once they are registered with M-Tala.

E.P.C's General Manager, Tologata Tile Tuimaleali'ifano, said the partnership with Bluesky provides an alternative option to the E.P.C. customers to purchase prepaid power, providing convenience especially for those in the rural areas.

"Another good thing like how you saw [during demonstrations] that you won't be getting receipts anymore, you get it directly on your phone, with no receipts and tokens issued.

"Because sometimes you lose it, or throw it away, and might be unclear sometimes on paper, but with this you have it readily available." 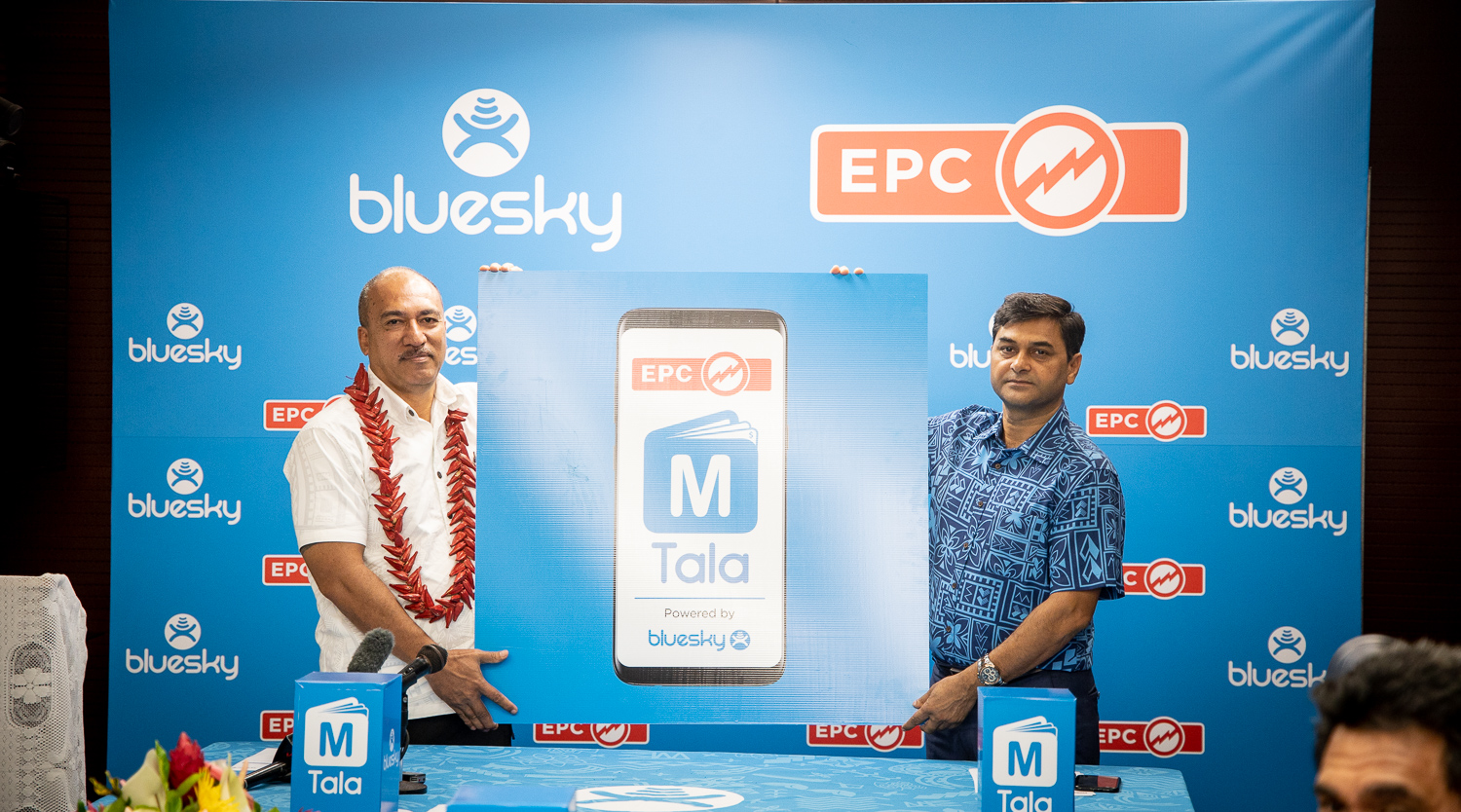 He said the two entities have been working on this project for about a year now and was both excited to finally launch it.

Tologata said the service will not be limited to Bluesky users as they are also negotiating with the Digicel in utilizing their Money Wallet as well.

"We are trying that maybe by the end of this week or next week, we will be looking at launching our partnership with Digicel."

Asked how much the partnership cost the Corporation, he dodged the question by saying Bluesky gets the same commission like every other store selling prepaid cash power, of 2%.

"We pay them the same commission, but there is no cost to the consumer," said Tologata.

Asked which one is cheaper, he said whether it is purchasing through M-Tala or store outlets, the price and units stays the same.

"To the consumer, there is no difference, because when the consumer uses an outlet, it is the same price they get if they vend from M-Tala or Money Wallet of Digicel.

"The costs are not charged on the consumers that we are providing the service for. So it does not matter where the consumer chooses to vend from, there is no difference charged."