The Loto Samasoni road project not far from Apia's central business district is close to completion.

Land Transport Authority issued a notice last Thursday to the travelling public to advise that traffic lights will be turned off starting from October 24 to November 4.

"This work is significant in the implementation of new traffic light design, pertaining to the Loto Samasoni Project," the notice reads.

"We humbly request that all motorists drive cautiously when approaching this intersection during this trial and to adhere to signage and police directing traffic."

The authority also warned against reckless driving in the area as it is usually a busy street with two high schools nearby. 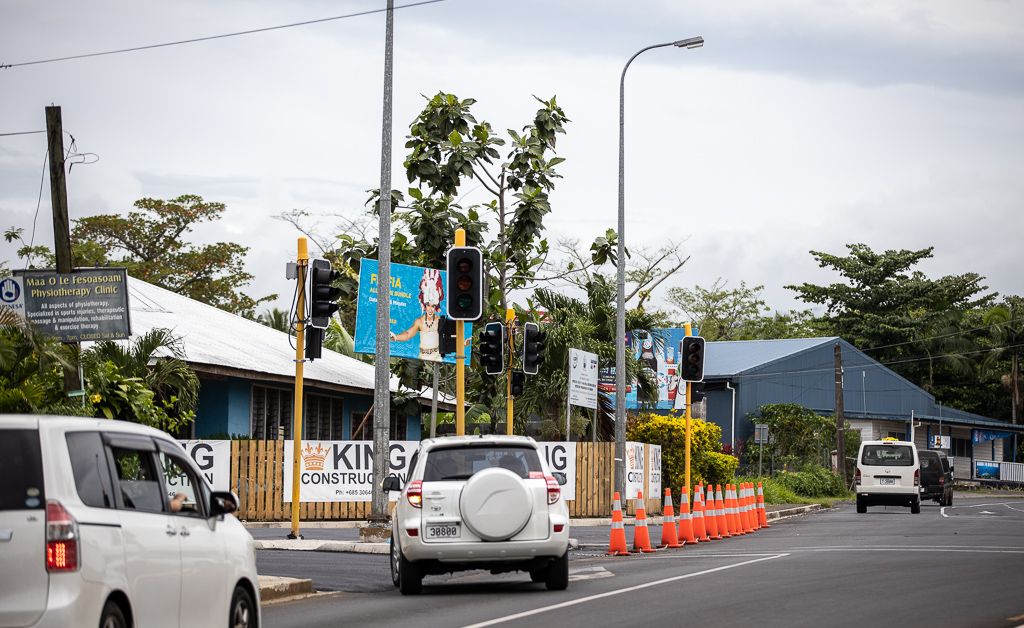 The first ‘Bailey Bridge’ funded by Australia, connecting Malifa and Ma'agao is one of five that were promised to Samoa in December 2016 and handed over in January 2018. They are worth AUS$1.4 million.

The ground breaking ceremony for the project was earlier this year in MArch and was planned to be completed by July, in time for the Pacific Games, Samoa played host to.

During the groundbreaking ceremony, Prime Minister Tuilaepa Dr. Sa'ilele Malielegaoi said the new bridge will improve both access across the urban area and traffic flows, calling it "an ideal site."

"It will provide additional access from east to west of the Vaisigano River, in addition to the Vaisigano, Leone and Lelata bridges," he explained.

"All these crossings are vitally important to providing connectivity to our Matautu Port, to our business district, the Leifiifi Government School, the Vaitele industrial zone, our national hospital, as well as residential properties."