They did so pretty quickly on Saturday, with right winger Terry Fidow opening the scoring in the first few minutes.

Fidow started a quick counter on halfway with a nutmeg, before getting on the end of the move to make it 1-0.

He got his and Kiwi’s second around ten minutes later with a tidy volleyed finish inside the box.

Fidow was part of a lot of their good attacking work over the first half, but it was Moata’a that scored next in the 24th minute, after Kiwi skipper Jarrell Sale was caught napping at the back.

But Kiwi made it 3-1 with what was basically the last act of the half.

Left winger Silao Malo spanked home an indirect free kick from just inside the box, giving his side a deserved two-goal lead at the break.

Kiwi stayed on the attack in the second half, but couldn’t find the killer ball and finish to extend their lead until around the hour mark. 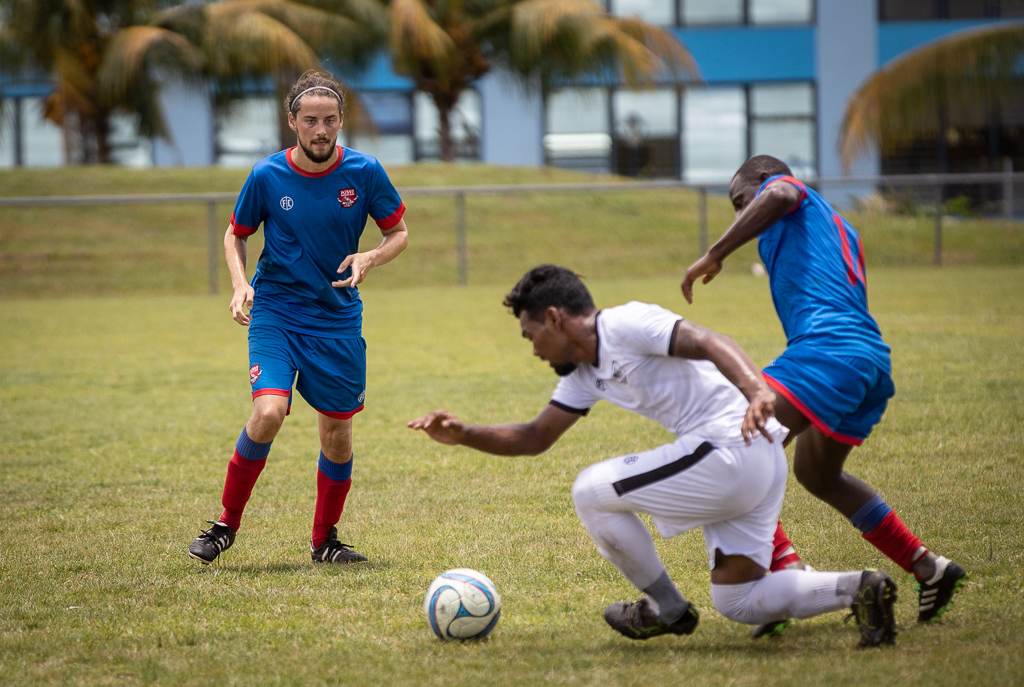 Fidow beat his man before feeding a through ball to striker Tavita To’o, who in turn played it to Eli Satuala for a goal.

Satuala turned provider a couple minutes later to make it 5-1 after being played in behind by midfielder Kasper Havemann.

The striker drew the Moata’a keeper and squared the ball to Kitiona Alaiva’a for the goal.

Both Malo and Satuala got on the scoresheet again in the final 15 minutes to complete the rout.

Kiwi FC coach Martin Tamasese said his team were a little light on Moata’a in first half:

“I told them during halftime that we needed to score more goals, and play as a team not as individuals.”

He said it was good to get back to winning ways after the loss in midweek.

“Giving us a chance to keep striving for the top of the table,” Tamasese said.

Through the first half of the season, Kiwi sit in second place with two losses, but the coach said they are still motivated to defend their title by winning out.

“Thanks to our supporters, and thank God for the strength he gives to our team,” he said.