Perfect fusion of Samoan and Japanese cultures at N.U.S.

The learning experience of National University of Samoa students enrolled in the Japanese course peaked when they performed a Samoan myth while conversing in the Japanese language.

The idea was to bring out the confidence of students to converse in Japanese, says course lecturer, Seumanu Minerva Mataese.

The 18 students acted out the legend of how Mt. Vaea came to be, through the story of Vaea and Apaula.

"Firstly, it's to build their confidence, to express themselves in a different culture and a different language," she said.

"Especially when they try to learn English, some are still shy speaking a second language, so taking Japanese, that would be their third language.

"It is learning how they can merge and diverse and two different cultures so we don't only learn the Japanese language but the culture as well." 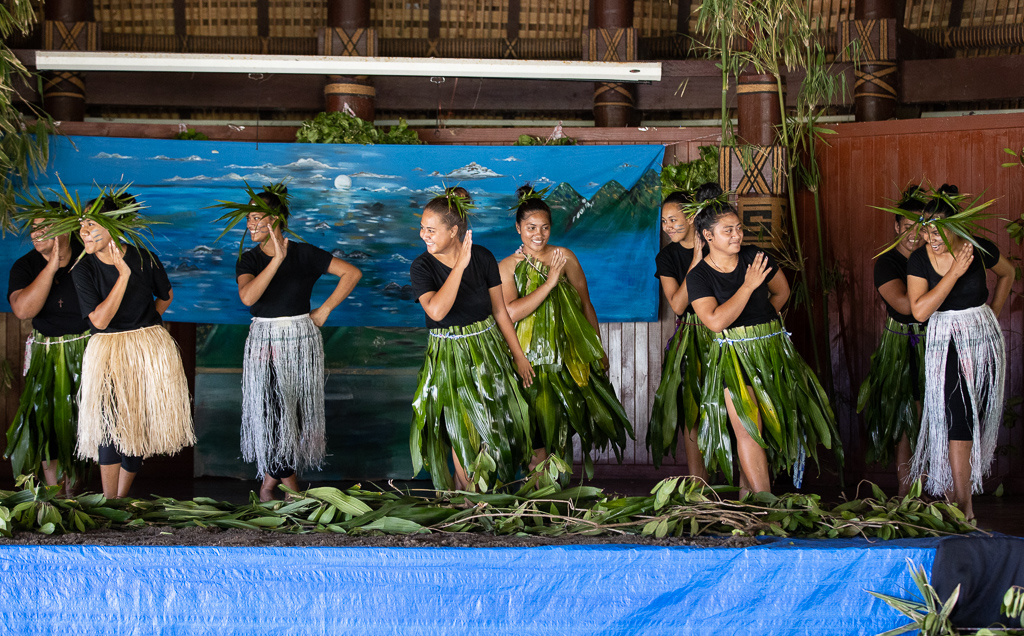 Seumanu said the students have been learning Japanese for two semesters now and they have learned the basics of the language, so it is now time to use it in everyday life.

She added that the most important part about the whole production is for the students to have fun and feel comfortable in speaking a foreign language.

"It really shows the sort of respect that we have for people from overseas that come and live on our islands, so it is something we can learn about them; how they talk, how they live and their everyday life."

Sala Sailivale, from Siufaga, Savai'i, 19, said it is a challenge performing the one of Samoa's oldest and longest legends in Japanese language but it has been a great experience.

The Tourism Diploma student said there was also a time when their class had their doubts in performing a Samoan fagogo (myth) in a foreign language as they fear the soul of the story will be missing.

"The importance of this for us is to practice our Japanese language because who knows what sorts of opportunities that may open up from us being able to speak this language.

"There was s disadvantage we saw in the beginning with the loss of the Samoan culture from the performance because of the different language, but as we practiced, we realized that we just need to put our soul into the performance just like we were speaking in Samoan.

"And through this we are expressing ourselves and we are enjoying the experience."

Easy going, Ms. Sailivale aims to serve her country in the tourism sector as she has a heart to serve others with a smile, to market Samoa to the world and learn about as many foreign cultures and languages she can.