The vehicle in question that's registered as M.C.I.T. 10 involved in the crash. (Photo: Supplied )

The Assistant Chief Executive Officer of the Ministry of Communications and Information Technology Radio 2AP, Tevaga Matini Fa'asino, has been charged in connection to a car crash last Friday night.

He was driving a brand new Toyota Landcruiser vehicle belonging to the Ministry of Communications and Information Technology, with the number plate M.C.I.T. 10.

The Commissioner of Police, Fuiavaili’ili Egon Keil, confirmed the incident saying the A.C.E.O. has been charged with drunk driving.

The Commissioner told the Samoa Observer they were called to the crash scene.

“We located the driver [that night] and he appeared to be under the influence," he said. "He was transported to the police station for further investigation and there we administered the breathalyser test and he failed so we placed him under arrest for drunk driving."

The Samoa Observer contacted Tevaga for a comment. He declined. 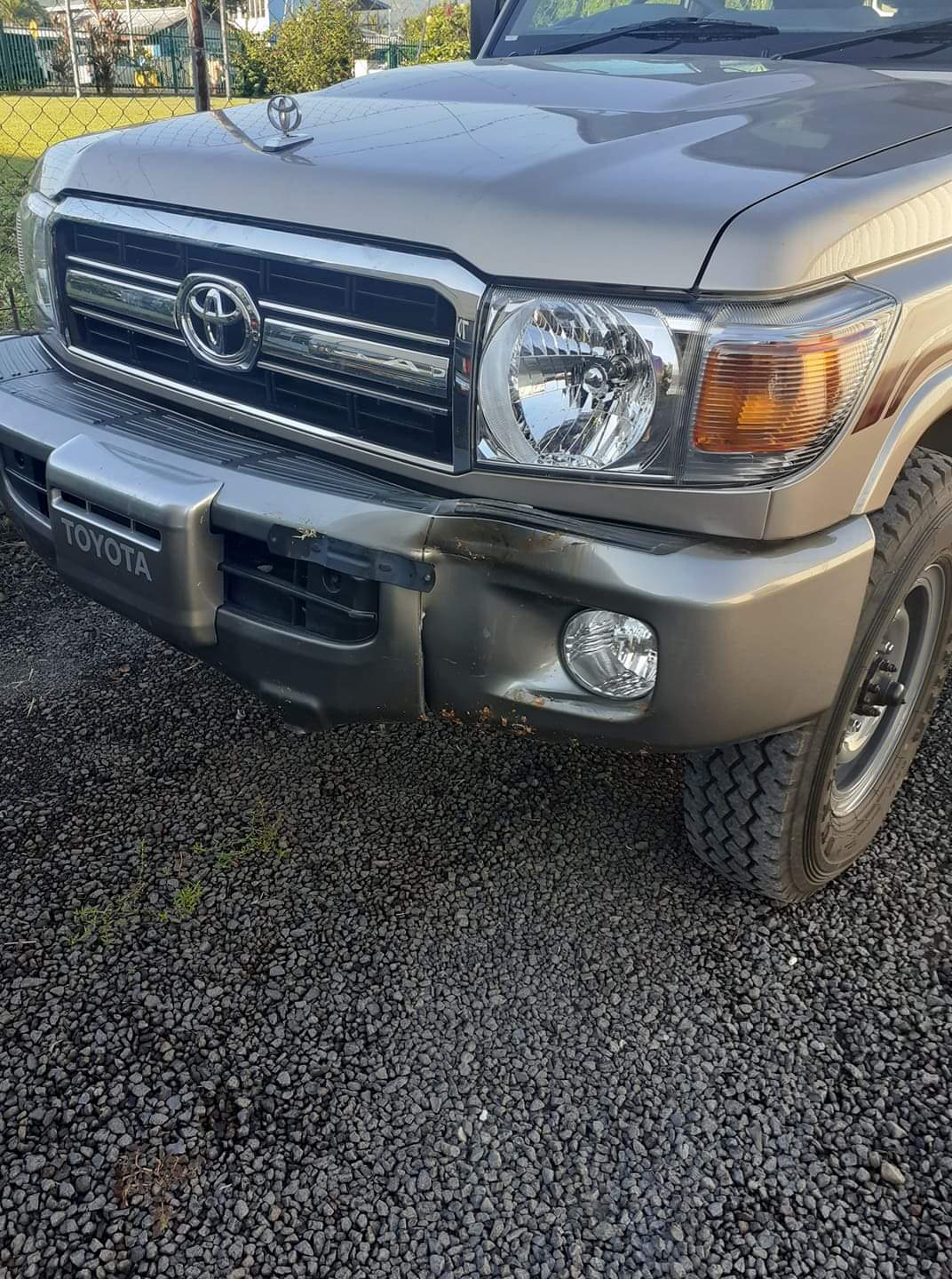 “I’ve retained a lawyer and I don’t want to comment,” said Tevaga.

According to M.C.I.T. employees, the vehicle was assigned to the engineering division for the Radio 2AP, the national broadcaster.

Efforts to get comments from the Chief Executive Officer of M.C.I.T., Fualau Talatalaga Matau, were unsuccessful.

In the meantime, the Commissioner of Police again cautioned the public and government employees against driving under the influence of alcohol as it places the lives of other people at risk.

Amemded: This story has been update to reflect an error in the editing process that rendered the chiefly title of Fuala incorrectly. The error was unintentional.