Drivers warned to look out for landslides

Bus slows down as it approaches the minor landslide over the past weekend at Afulilo (Photo: Areta Areta)

Drivers who frequent the east coast road and the Cross Island road have been urged to be cautious and be on the lookout for landslide and debris on the roads.

The caution comes on the back of a forecast by the Samoa Meteorological Office of three cyclones when the cyclone season starts next month and continues to April next year.

Siolo Kelekolio, who is a bus driver for Aleipata, told the Samoa Observer landslides can make the roads unsafe for motorists and passengers travelling between Apia and the villages.

"Many of the people come to town to do their shopping, and then there are the school children, and the workers who come all the way from rural areas," he said.

"During the bad weathers, with heavy rain and landslides, we worry about such things because when it does happen, a lot of people may find it hard to travel."

He said minor landslides, besides making the road conditions unsafe for drivers, can also ruin vehicles.

"Not only does the make the roads bad but it ruins the vehicles," he said. 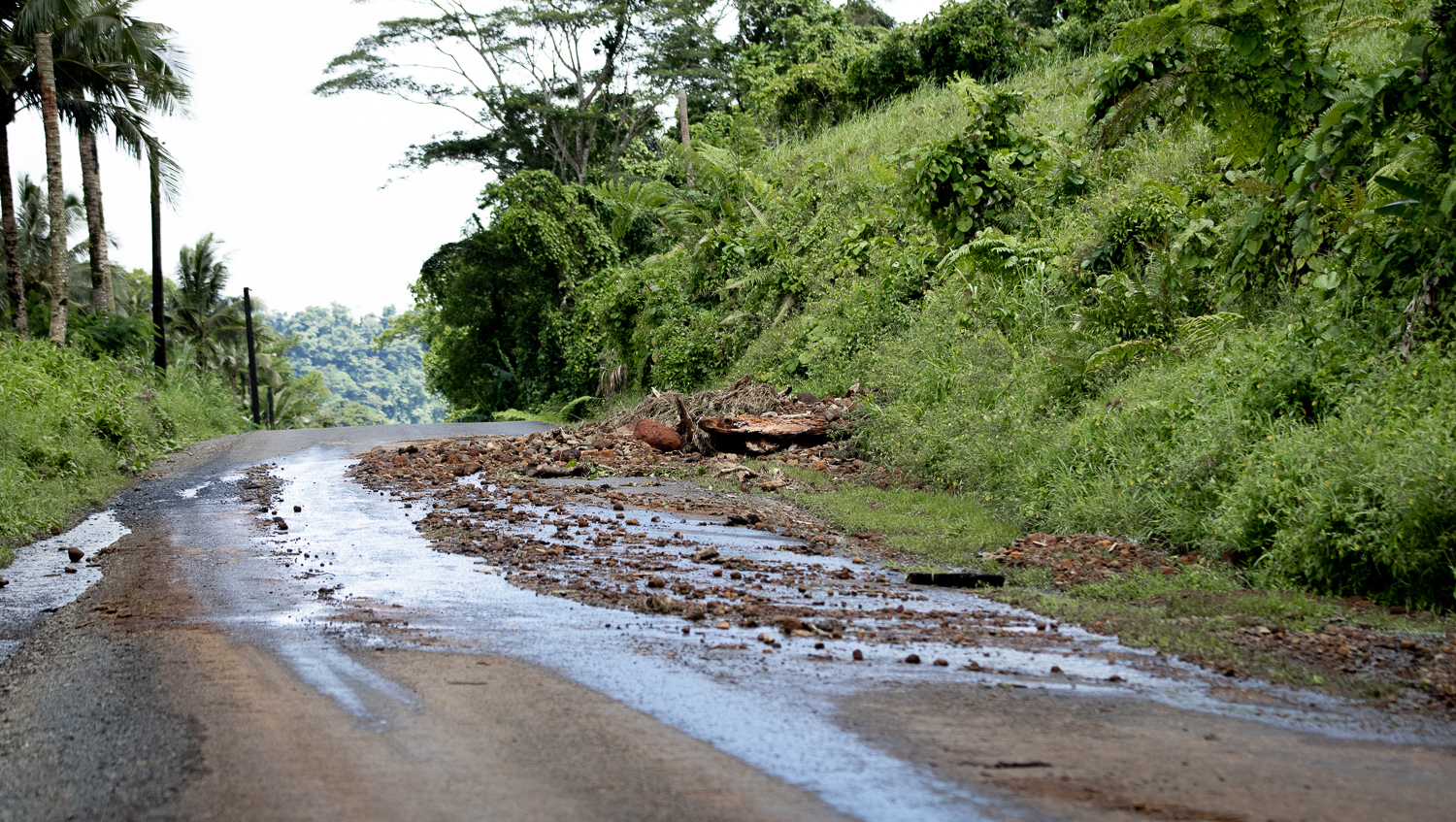 Kelekolio, who has been driving for over a decade, said drivers should not experience problems if they did their work with safety in mind.

"We all know the roads like the back of our hands, we know the exact speed we use when we're travelling to town and back," he added.

"But that is always our motto, to always be safe and so we make sure we limit our speed and there is no need to rush when we know roads are not safe."

He said the biggest concern for buses going through Tiavi is the slippery road and there is always the possibility of landslide.

"With all those possibilities, if the bus drivers or any other driver take precaution and drive safely, there is no reason why there would be a problem," he said.

"As long as the buses are well and fully functioning. Just be extra careful during this time of the year, go slowly and limit the speed."

The Samoa Meteorological Office recently released an outlook and warned of the possibility of 2-3 cyclones passing through Samoa in the 2019-2020 cyclone period.

A.C.E.O., Mulipola Ausetalia Titimaea, said if their projections were right Samoa will have an "active season."

"In an active season, we should be more alert to more rainfall, flooding, high winds, landslides, you name it," he said.

"More frequent rainfall is expected because of the closeness of any system to us."