The Samoa Victim Support Group (S.V.S.G.) Junior Programme has kicked off a campaign to tackle domestic violence in Samoa.

The S.V.S.G. Junior Programme President, Carmenita Salaese, said the theme of the campaign is “starting with the men” and it focuses on the role of men in their families.

“In order for us to address about domestic violence we are going to get a conclusive from men whom they play an important role and contributing factor to the gender inequality,” she said.

Petronilla Molioo, who is the Secretary of the Junior Programme, said the awareness campaign had such a theme due to the challenges faced by men and it would be good to understand the link between men and family violence.

“We have seen that more and more women are speaking up and now they risk everything to come out and speak the truth,” she added.

The S.V.S.G. campaign targets male youth and the S.V.S.G. has already started working with the church youth. Four members of the group have been offered training in other parts of the world, but they have opted to start here in Samoa first. The four include Carmenita Solaiser, Fransizka Sione, Petronilla and Mane Su'a. 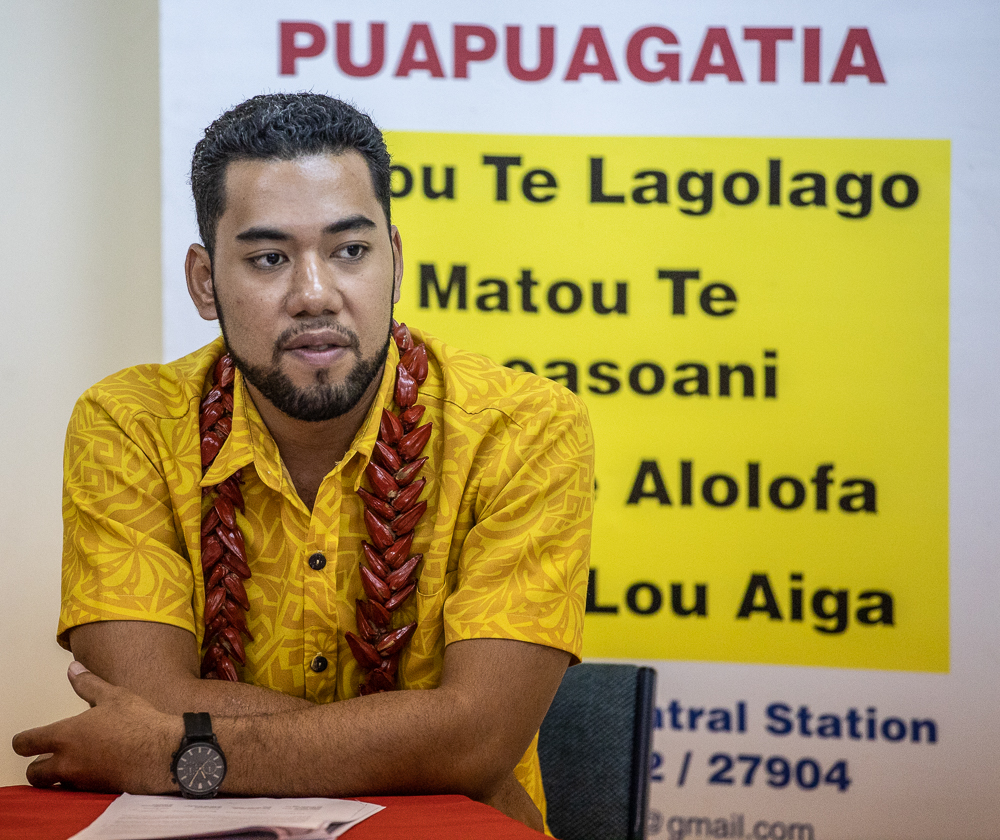 Fransizka, who is 24-years-old and is the Vice President of the Junior Programme, said the aim of the campaign is to help people or families stay in happy and loving environments and there should be an effort to prevent domestic violence happening within families.

He also told this newspaper that they are working with people - who have been assigned by Court under the SVSG Men advocacy programs - and hopes they learn something important after the workshop.

Ms Solaese said the campaign will help to remind people of men's roles in their families, and define the roles of both men and women.

“We will be having workshop here in Upolu and Savaii about our campaign,” she added.

Misunderstanding between parents can often become a trigger for domestic violence, added Mane and trouble can be avoided if they have a good understanding of each other.