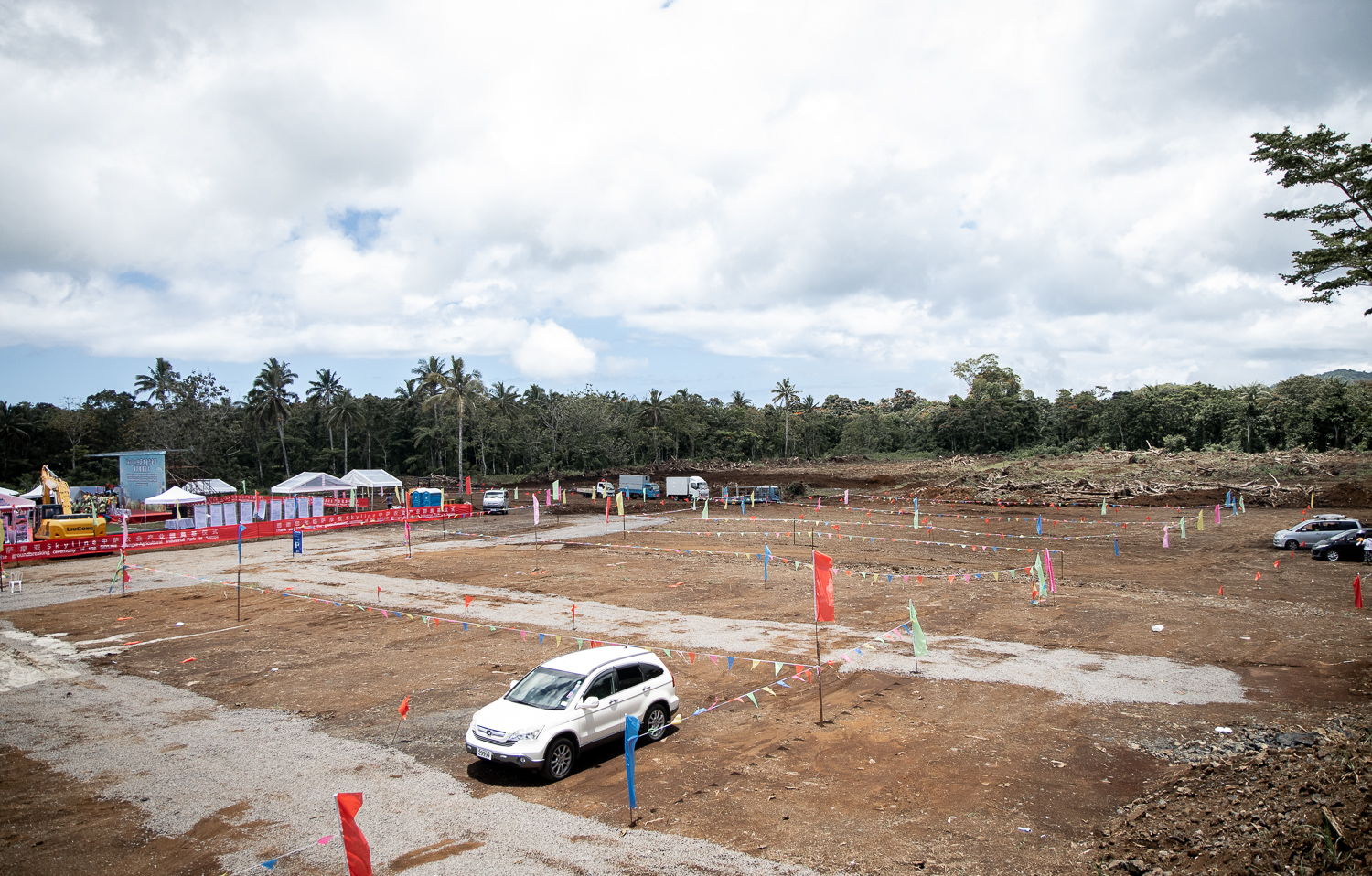 A Chinese company, Skyline, is building a 24 acre farm and factory at Tanumalala to further the development of nonu juice and other Samoan health products to a demanding Chinese market.

The groundbreaking for the project was held today.

Officials from China and Samoa were present to congratulate the Chinese company on taking Samoa’s name to the world, providing more jobs, and bringing foreign exchange to the country.

The entire site will cost $30 million to build, and it is expected to provide at least 200 jobs in the factory and 100 in the farm.

It will be the largest processing facility in Samoa, and at its peak promises to send 25 containers of products to China a month. 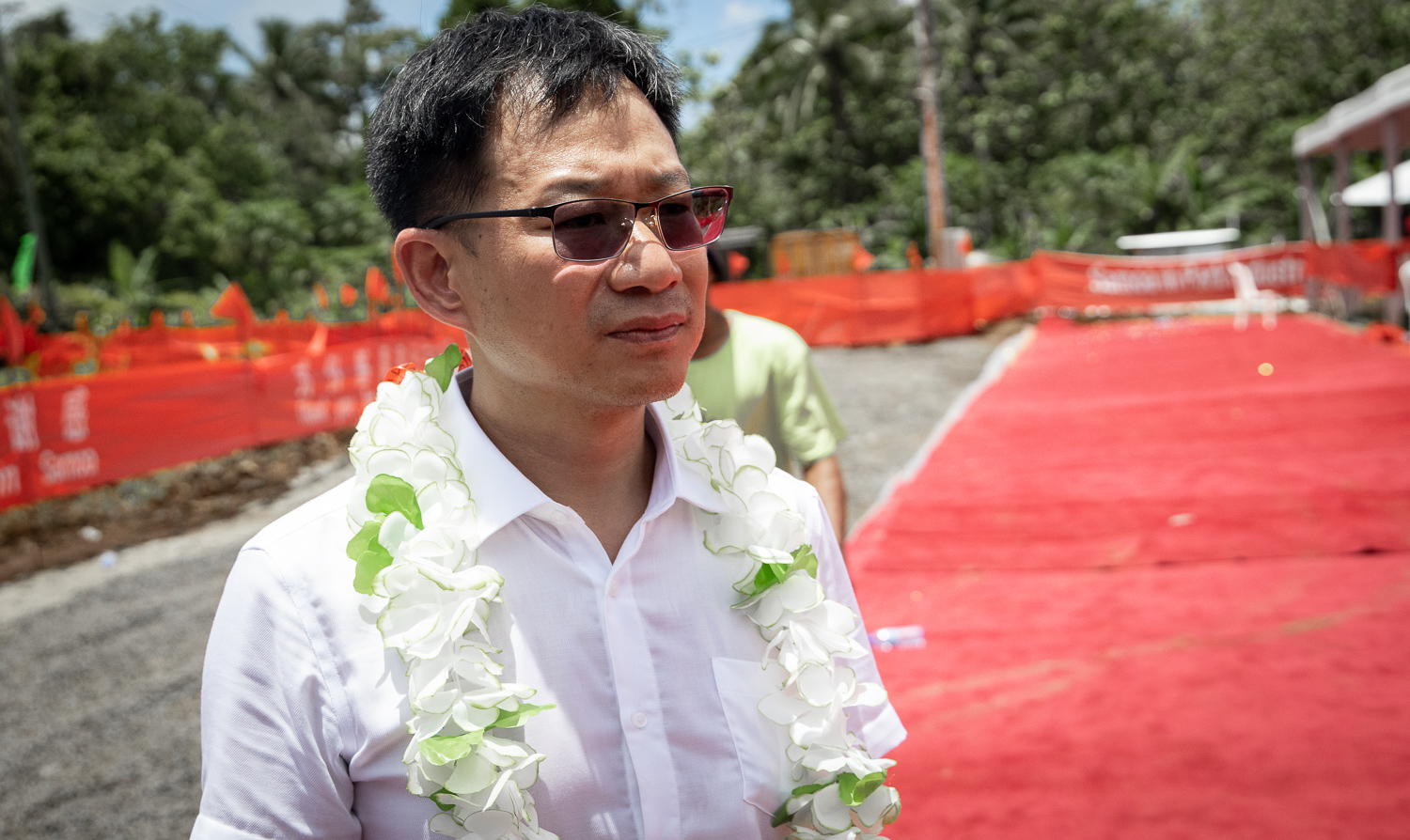 Director of Skyline, Bob Chen, thanked the Samoan government for always supporting his company to grow, especially the Minister of Agriculture and Fisheries, Lopao’o Natanielu Mua.

He said Skyline will continue to work with local businesses already making successful health products from local goods to reach the Chinese market, like Women in Business Development Incorporated.

The Skyline Zhongsa Industrial Park will be a farm, processing facility, and testing and development site for not only nonu juice, but also sasalapa (soursop) tea, avocado and fetau oil, and a range of powder or capsule supplements from local fruit. 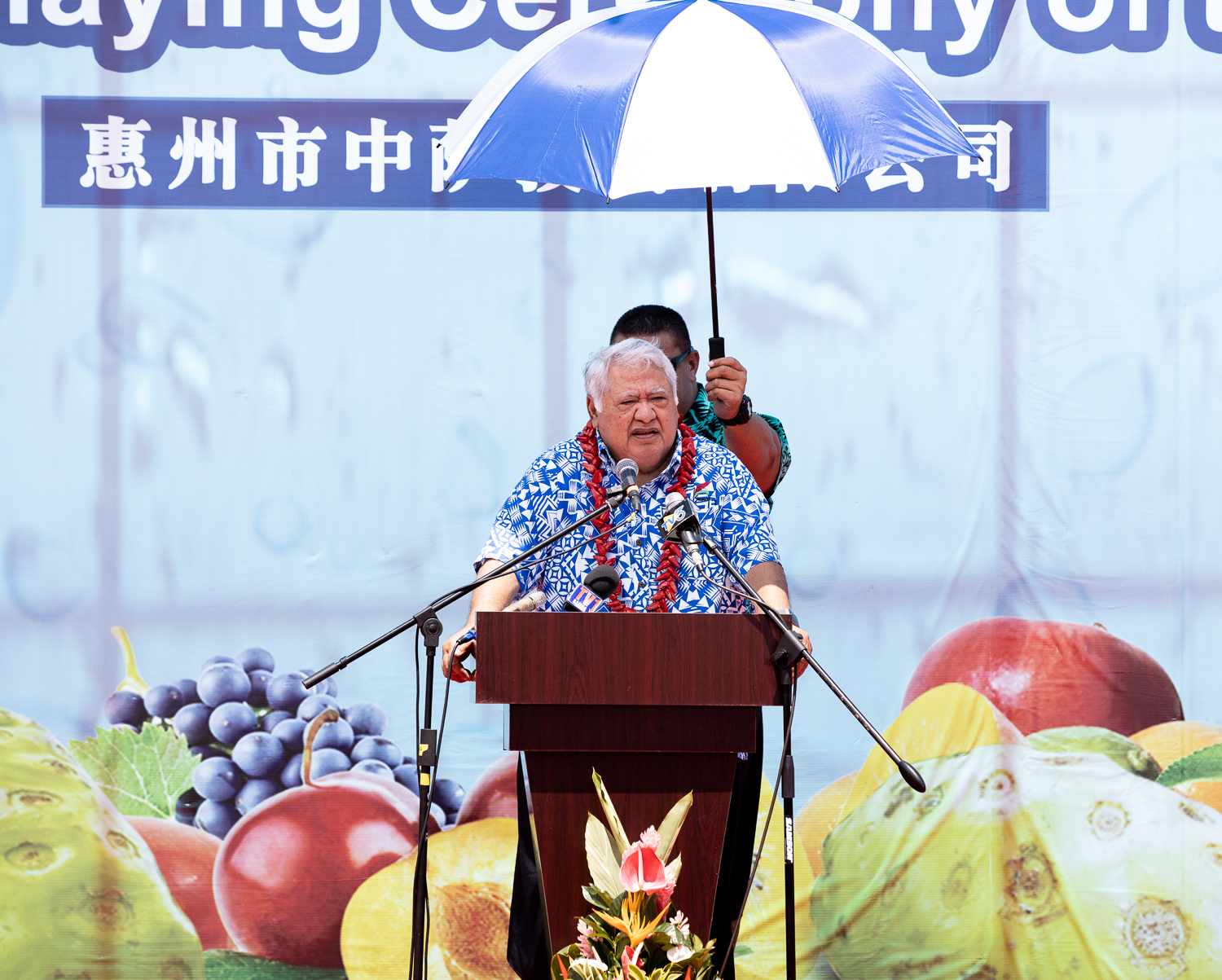 Prime Minister Tuilaepa Dr. Sa'ilele Malielegaoi said he was very pleased to speak at such a "special event.

“I have been informed that Skyline averages seven to ten containers every month, which is an impressive amount of nonu juice from Samoa to the global market,” Tuilaepa said.

“And this is only one product from Samoa. There are many other products in the pipeline.”

Skyline collects nonu through 50 agents who buy the fruit from smallholder village farmers, and has its own plantation of nonu near Tanumalala of 100 acres.

Tuilaepa said the factory, processing plant and growing export numbers all contribute to his Government, and the Human Rights Protection Party’s vision for Samoa.

“If all these plans are realised, we expect an inflow back to Samoa of those who left the country because of jobs overseas.”

As well as several government Ministers, Skyline ceremony included guests from China: the Mayor of Huizhou City, where Samoa has had a friendly cooperation relationship for the last four years, and the Province in Guangdong’s (where Huizhou is located) Director of the Department of Commerce, Zheng Jianrong.

Speaking directly to them at the end of his remarks, Tuilaepa told Mr. Zheng: “I will have your name imprinted in the minds of our people…. if you are able to reduce your custom duties so that our items can come in regularly to your country.”

Tuilaepa jovially asked the Mayor, Liu Ji for a “small, small, small rugby stadium,” when the city’s other projects, the China Samoa Friendship Park behind the Government Building and the Samoa Arts and Cultural Centre, are finished.

“Get your team ready. We have plenty of coaches who do nothing, we can get them free for you to coach your rugby team.” 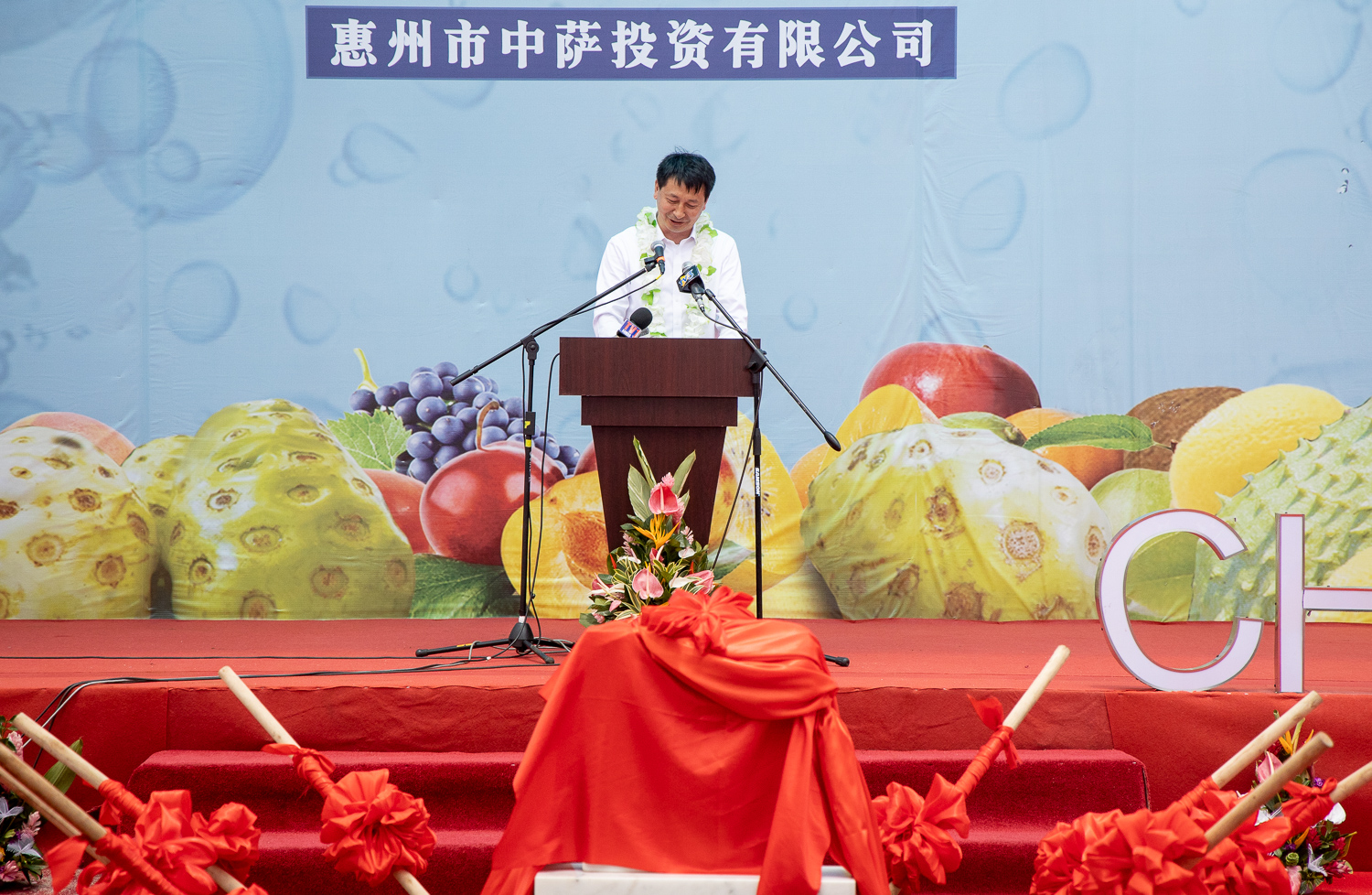 Mr. Liu, in good spirits, said the request for a rugby stadium, and not the warm day, was making him sweat.

“Today’s ceremony is proof of the deepening cooperation between the two sides,” he said.

“Skyline is a major Chinese company that exports agriculture products to China. The scale of the Industrial Park is quite large, even in for China.

“The market is the best force to push forward cooperation,” Mr. Liu said.

The ceremony was a lavish affair, with hundreds of metres of red banner stretched around the outskirts of the stage and seating area.

A large poster was outstretched behind the podium announcing the occasion: the foundation laying of the

In front of the podium, several brightly adorned spades surrounded the plaque commemorating the occasion, which was hidden beneath a red silk cloth that Tuilaepa would dramatically remove. 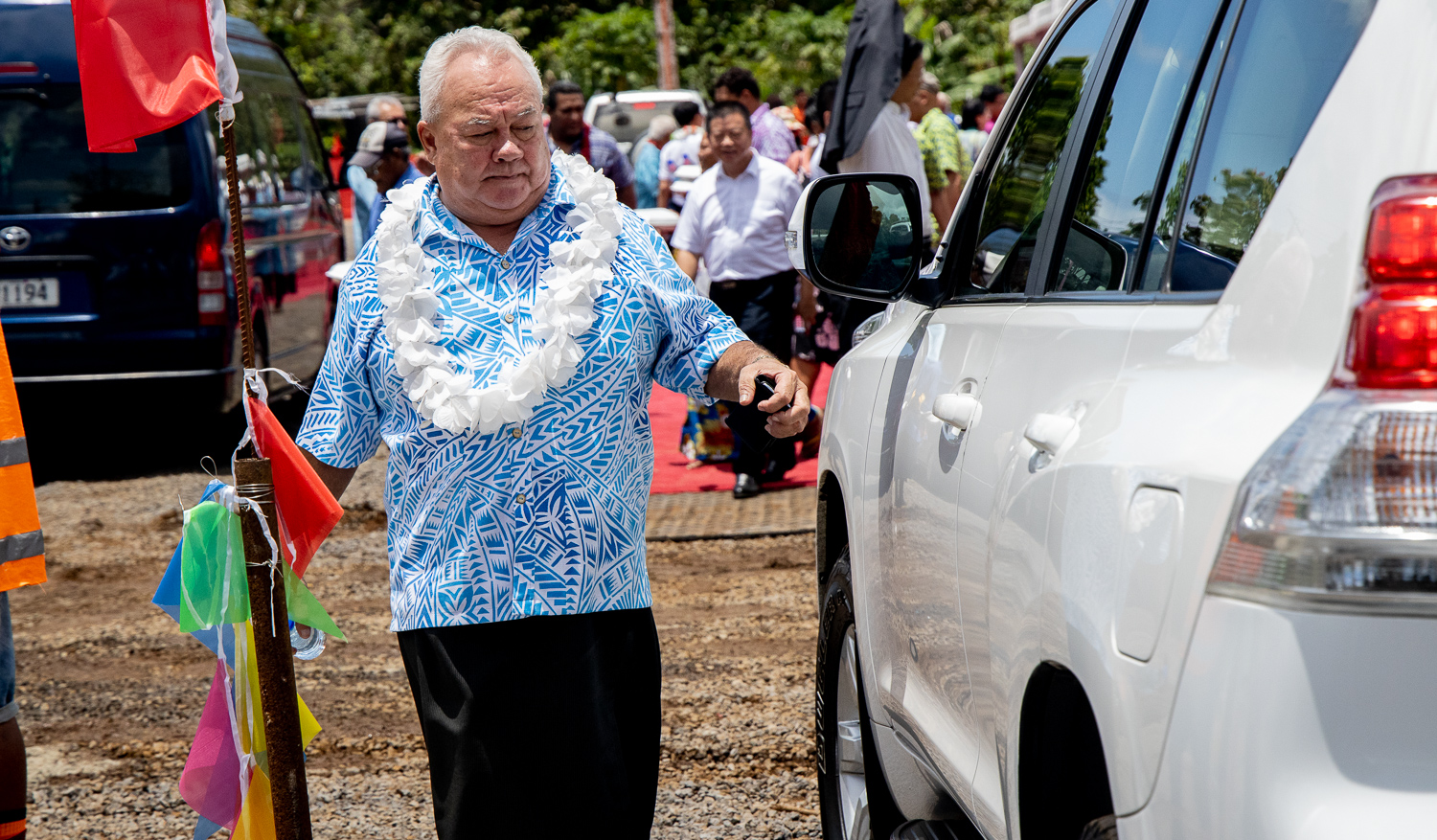 Minister of Commerce, Industry and Labour, Lautafi Fio Purcell, said he hoped the local nonu juice exporters will take note of how Skyline has taken advantage of a large plot of freehold land.

“They come here, they buy the land and they develop it,” the Minister said of Skyline.

“They don’t have either the interest or the ambition, or the finance. These guys have everything. The problem with our companies is they are too small.”

Skyline is the first commercial nonu farming operation and it is what is needed to meet Chinese demand, Lautafi said.

“It’s very welcome to have somebody come here and spend their money to buy (freehold) land."