Three Samoan juice makers have signed a deal to export noni juice to China, opening up a market worth millions for the country's fastest-growing export.

Nathan Wilson, Manager of Wilex said the deal, worth T$2.7 million is a result of months of negotiations surrounding packaging, bottling and promotion of Noni Loa.

They will be supplying bottled noni juice, pouches of juice, and noni chocolates and hope to add other new products to the list soon.

Speaking to C.C.T.V. whivh was in Apia for the 3rd China - Pacific Island Countries Economic Development and Cooperation Forum, the managing director of Feiji (Shanghai) International David Shan Yuqiang, said he was excited about signing with Noni Loa.

He chose Noni Loa out of its competitors in noni juice export because of its export readiness, he said. 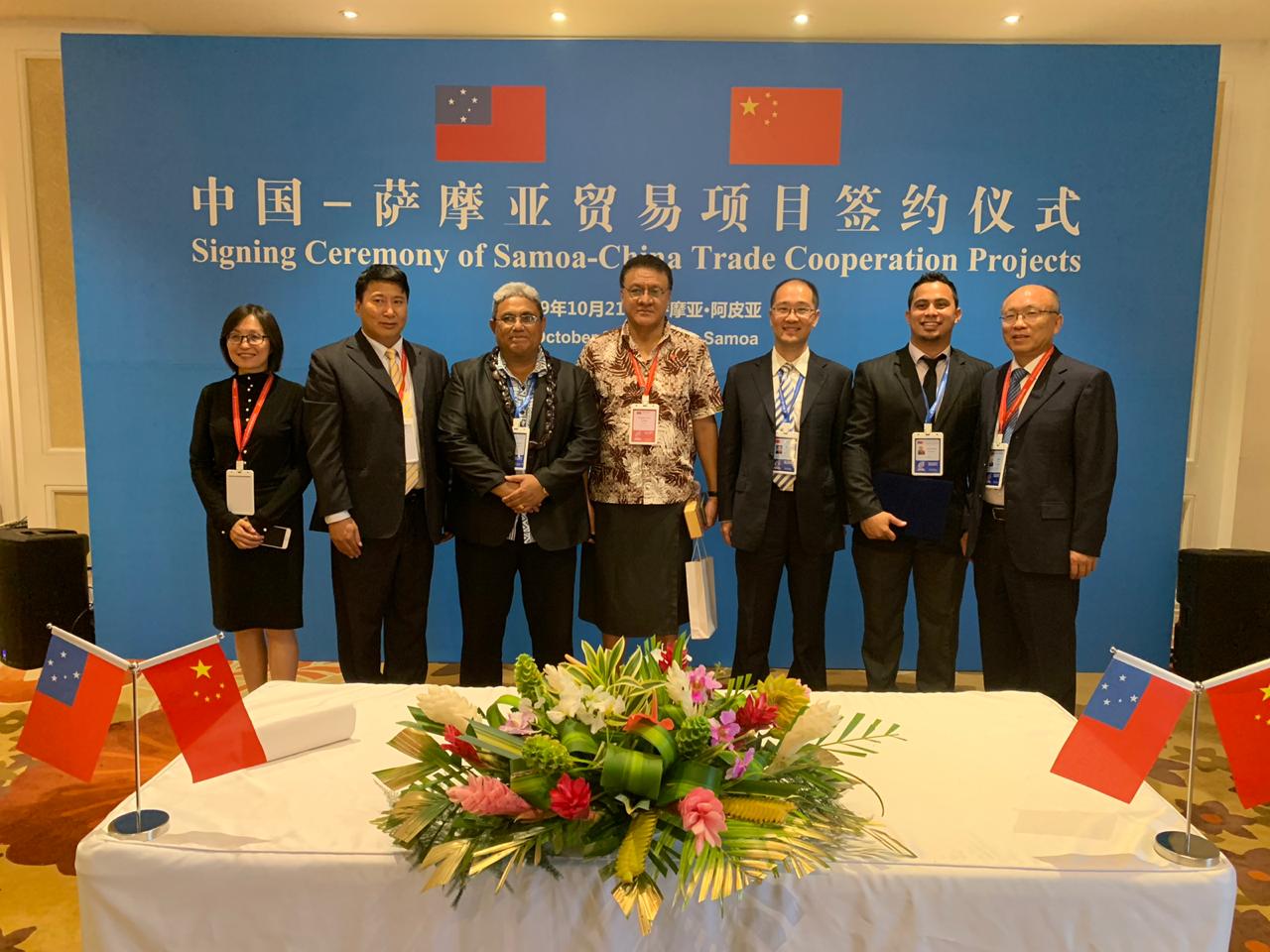 The Chinese importer hopes to double the agreed upon $2.7 million (US$1 million) within nine months, after a promotional campaign about Noni Loa in China.

The businesses met on the side-lines of the 3rd China - Pacific Island Countries Economic Development and Cooperation Forum, where 200 private sector delegates from China travelled to Samoa to forge business relationships while the politics carried on in other rooms.

President of the Samoa Association of Manufacturers and Exporters Tagaloa Eddie Wilson said growing exports from Samoa is critical.

The new Samoa Export Plan, which will be launched next year, sets an even more ambitious target: to reach $300 million in exports by 2025.

Tagaloa said his organisation supports the Government’s call to work towards a Free Trade Agreement with China, announced on Monday by Prime Minister Tuilaepa Dr. Sailele Malielegaoi at the Forum.