Samoa's Prime Minister, Tuilaepa unveils the plaque for the yet to be completed Samoa Arts and Cultural Center, together with China's visiting Vice Premiere, Hu Chunhua. (Photo: Areta Areta )
Education

The structural completion of the Samoa Arts and Cultural Centre was commemorated with the unveiling of a plaque by Prime Minister, Tuilaepa Dr. Sa'ilele Malielegaoi and China's visiting Vice Premier, Hu Chunhua.

Located at Ministry of Education, Sports and Culture compound, Leififi, Tuilaepa thanked the People's Republic of China for their generosity in funding the building. He said the project is progressing well.

"As demonstrated today with this ceremony to mark another important milestone for the project, we are looking forward to the completion of this Centre because of its value in addition to the education department, especially in the preservation of cultures," he said.

The Centre will house national treasures of Samoan culture and heritage, a venue for performing arts and orchestra, an art shop, exhibition space and a restaurant.

Vice Premier Hu expressed his Government's congratulations on the successful completion of the structure of the building, covering a land area of 9,224 square meters and a total floor area of 4,375 square meters. 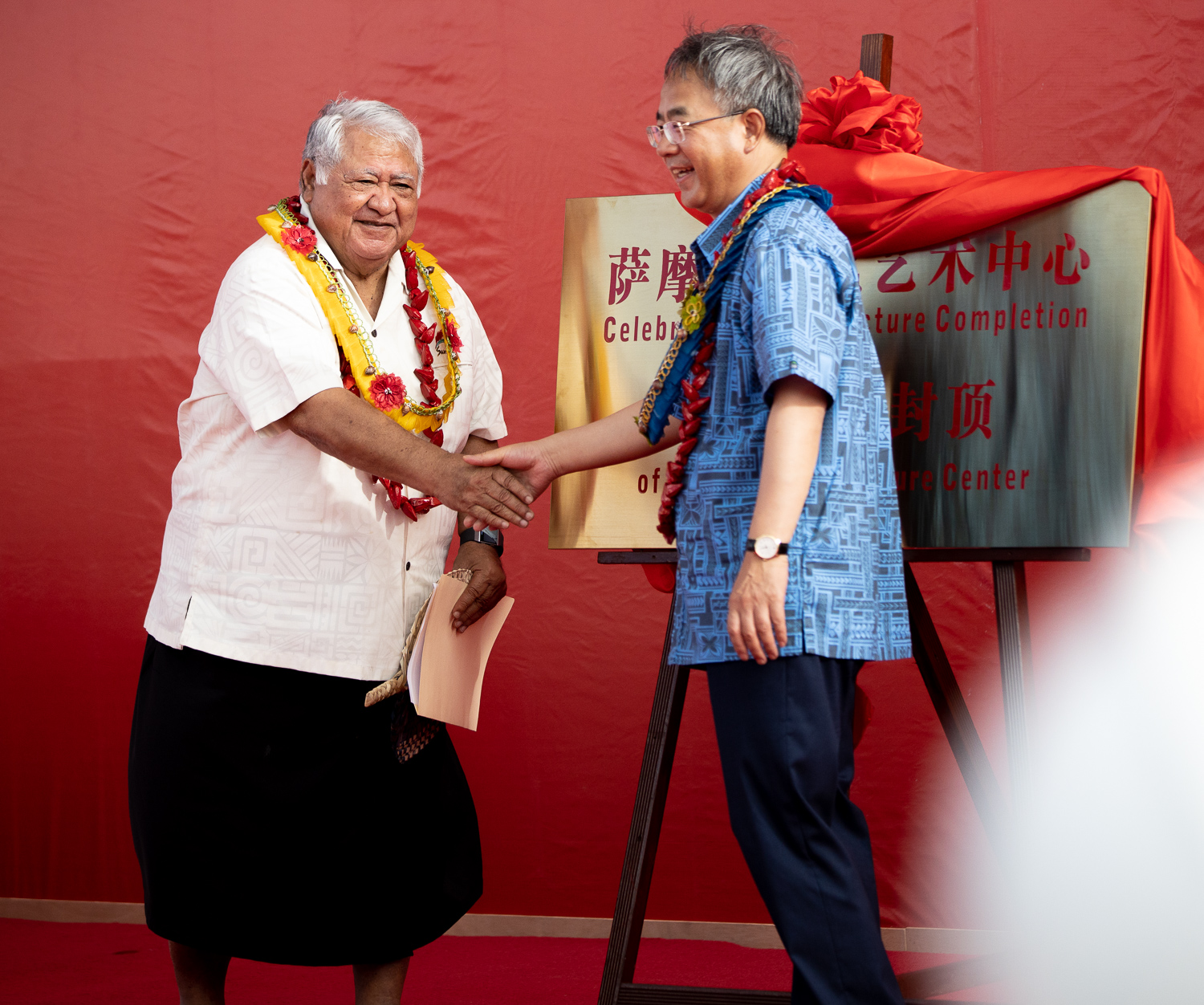 "The Samoa Arts and Cultural Center, since its launch last year, it has garnered strong support from all sectors of society in Samoa and has made smooth progress overall," said the Vice Premier.

"We hope that all of you will continue with your efforts to turn this project into a classic example of friendly exchanges between China and Samoa, and also a new landmark of the China Samoa Friendship."

He also recognised both countries for the fruits of their recent cooperation.

"Samoa is one of the Pacific Island's first whom China established diplomatic relations with and although the two countries are 10,000 miles apart, divided by oceans, the friendly exchanges between our people [dates] far back," he started.

"Last year, President Xi Jinping and Prime Minister Tuilaepa met in Papua New Guinea. [The] two sides agreed to elevate the relationship between the two countries to a comprehensive strategic partnership, featuring mutual benefit and common development, thus showing the direction the future direct of our relations," he said.