Samoa and China’s massive demonstration farm for agricultural cooperation has a new string to its bow, after the two nations opened a crop variety trial station in Nu’u on Monday.

The station will be used to develop seed varieties for greater yield and quality, and contribute to Samoa’s efforts to shrink its spend on imported fruit and vegetables. 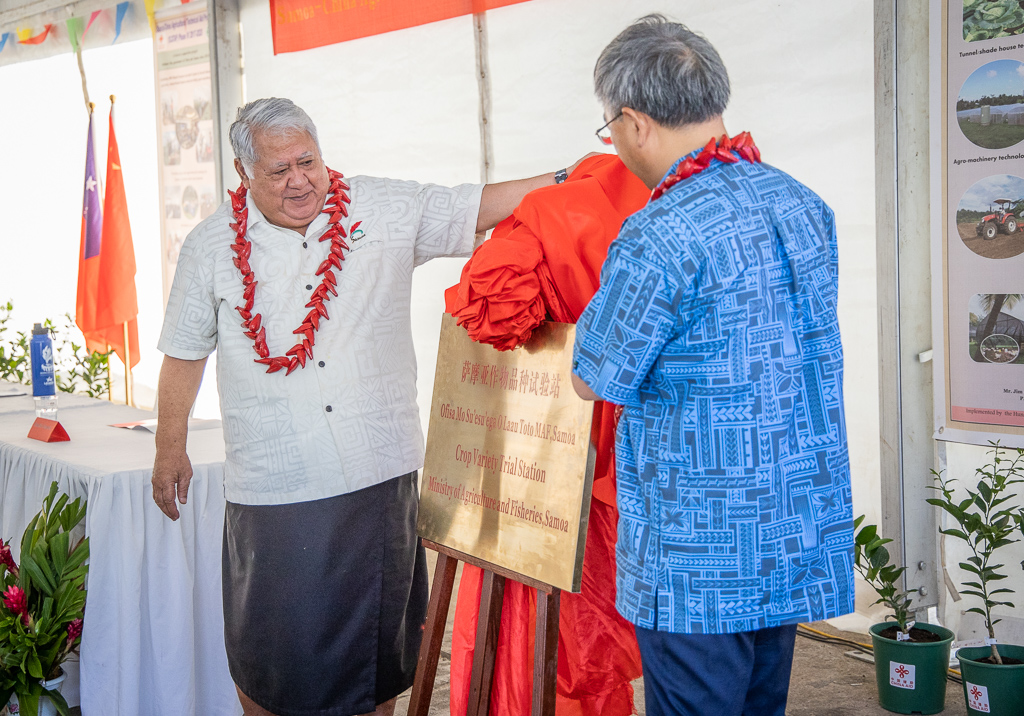 “This project is testament to the growing and productive relationship between our two countries, which pursues….close partnerships for the development of key sectors in our economy such as our agriculture sector,” Tuilaepa said. 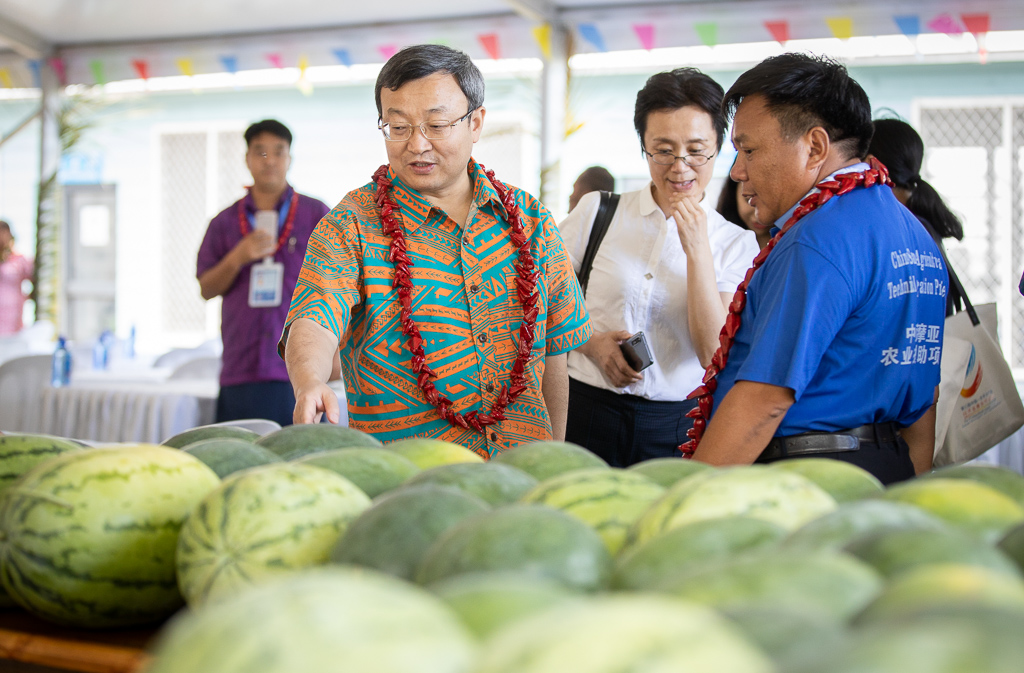 Vice Premier Hu Chunhua said the station will “become an incubator of Samoa’s seed sector regulation system and a propeller of its agricultural development.

“As the epitome of China Samoa relations, agricultural cooperation provides us with successful practices, a valuable asset that should be cherished and handed down in developing our bilateral relations,” he continued.

“We should continue heart to heart communication and treat each other with sincerity in order to seek shared development and prosperity in cooperation.” 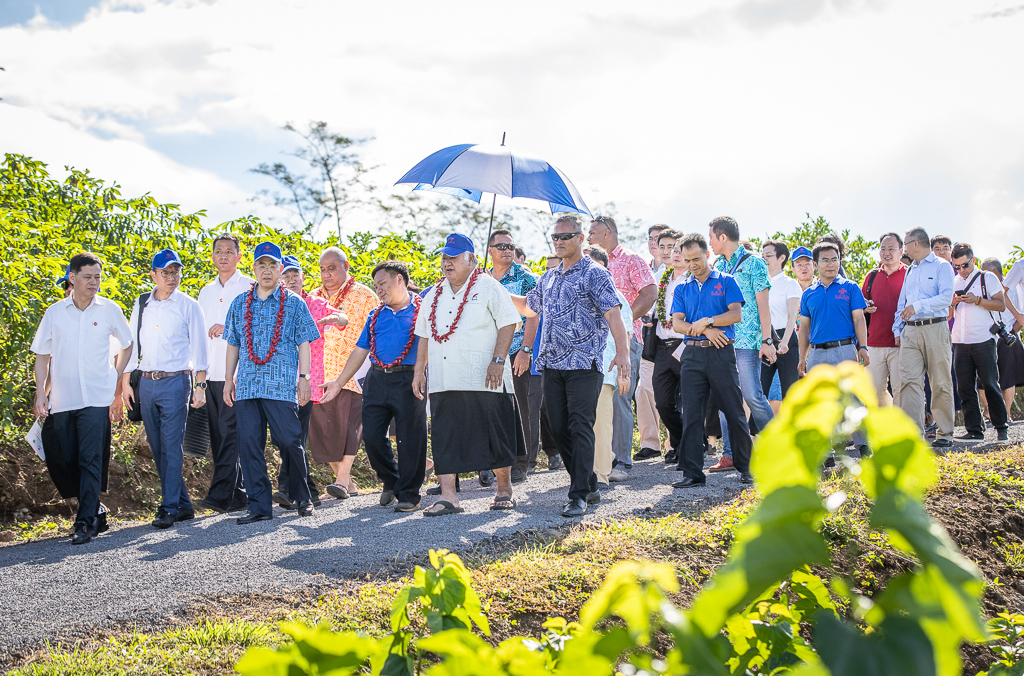 The demonstration farm, part of the Samoa-China Agricultural Technical Aid Project (S.C.A.T.A.P.) is the largest of all such farms that China has established across the Pacific.

Senior Agronomist Jim Liu who leads the team at the demonstration farm was excited to show his government leader around the project site, which included a tour through a new lemon grove, special produce like watermelon and strawberries, and cucumbers nearly twice the average size.

“I’m very happy working as for the government project, it is a bilateral government cooperation project and it is good for the top leaders to see what we are doing in the field,” Mr. Liu said.

His proudest component of the project is the introduction of tunnel houses to Samoa, which enable farmers to not only increase their productivity but also grow herbs and vegetables all year round, especially during the otherwise unproductive rainy reason.

Some 110 tunnel houses were distributed courtesy of the Chinese government but some farmers have gone and bought more on top of that.

“They get the benefit and they know it is good for their protection, therefore they are willing to invest and increase the number of tunnel houses,” Mr. Liu said.

“This is an important progress that we think it could really make a change in the production capacity of vegetables of Samoa.

“Many of them (farmers) double or triple their income.” 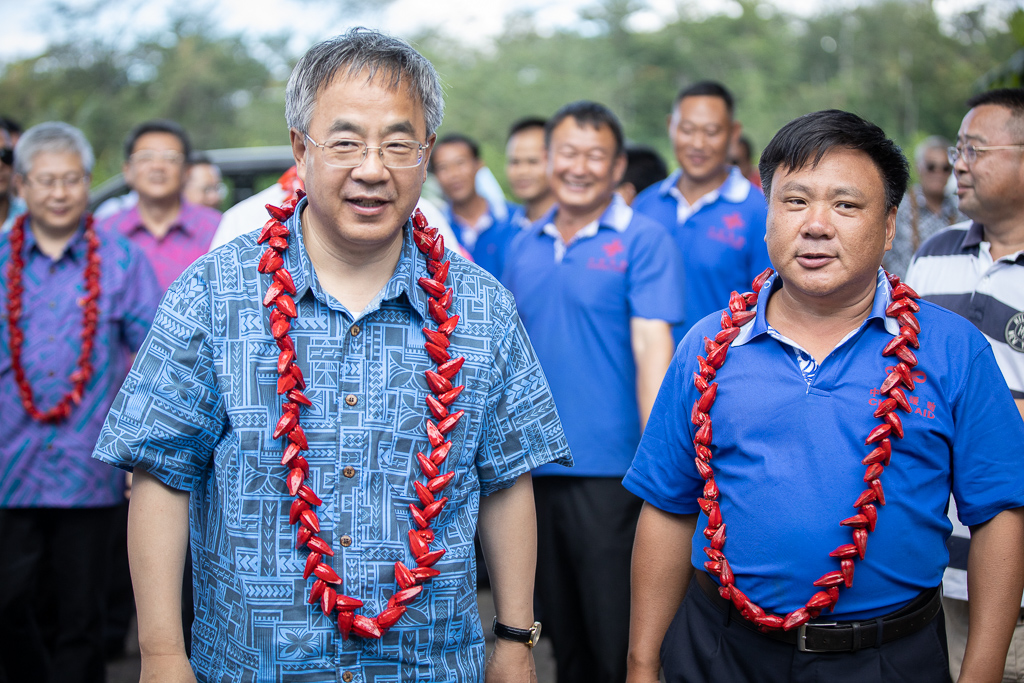 The S.C.A.T.A.P project is in its fourth phase which is due to expire next year. Mr. Hu said he can confidently say the project will continue into its fifth phase.

“Now that we have such a great success with the past four phases, I think that we have every reason to continue into the fifth phase, so Mr. Prime Minister, please be assured that we will certainly work together to continue this project and make it even better.

“As the saying goes, as you sow, so shall you reap.

“Under the care of both sides, the seed of friendship we sow today will surely take root and thrive.” 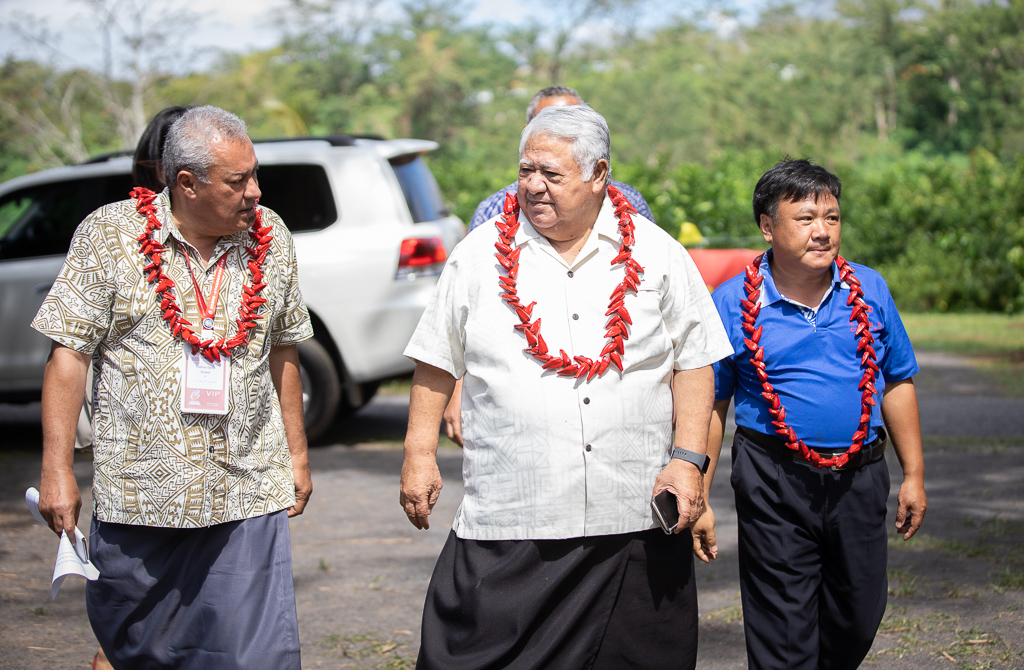