Trade, economic ties at centre of Forum on Monday

Trade and economic cooperation were top of mind for China and Samoa’s leaders as they officially welcomed parties to the 3rd China-Pacific Island Countries Economic Development and Cooperation Forum welcome banquet at Taumeasina Island Resort on Sunday evening.

To formally open the night, Mr. Hu, followed by Tuilaepa gave remarks, where they both highlighted the importance of trade and the private sector in their relationships.

Calling the forum the “highest level platform for dialogue” between the nations present, Mr. Hu said it is also an important platform for trade. 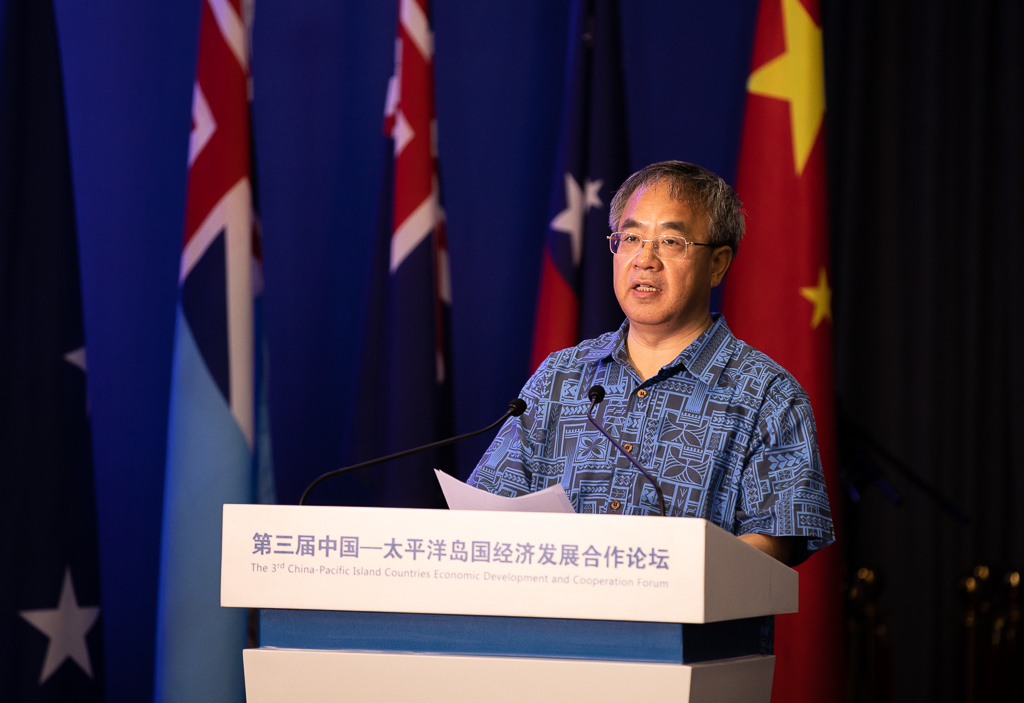 “In 2006 and 2013 two sessions of the forum have been successfully held, vigorously promoting pragmatic cooperation between the two sides in areas such as trade and investment, infrastructure, disaster prevention and relief, climate change and people to people exchange,” the Vice Premier said, through an interpreter.

“China stands ready to work together with Pacific Island countries to implement the consensus of our leadership and to further deepen the relationship between us.

“China will work together with all participating members of the forum to enhance communication and to ensure that the forum will result in real effects or results and can continue to grow the forum bigger in terms of its influence and also to ensure there are new outcomes coming out of our cooperation.”

Tuilaepa, whose speech was interpreted into Chinese, said bringing Chinese businesses to the Pacific is essential to forums such as this one. 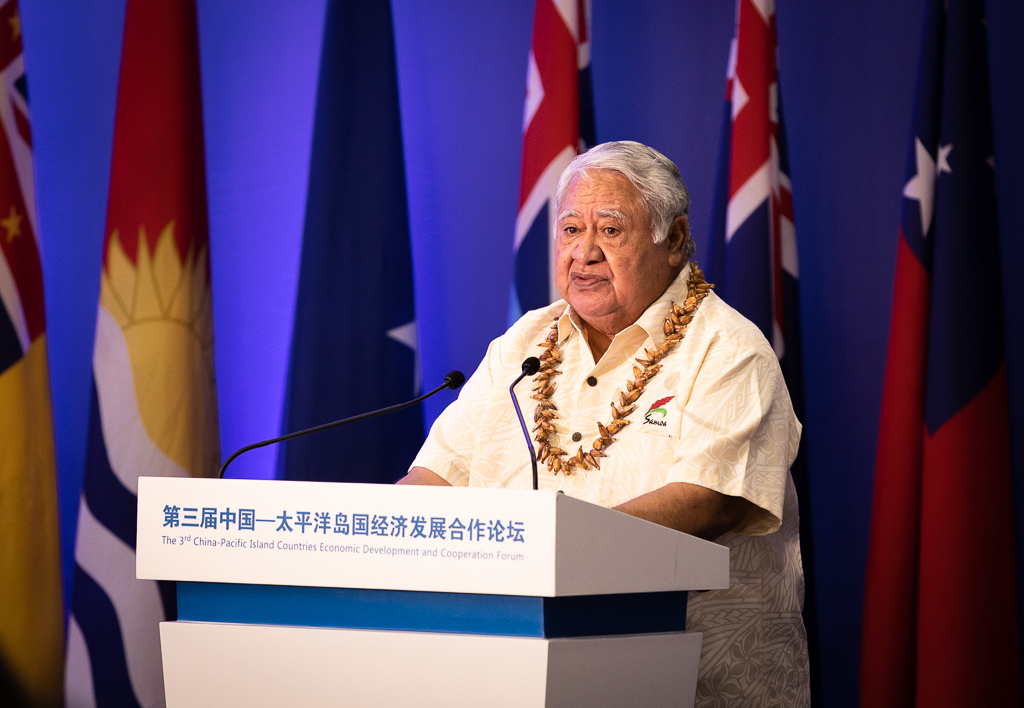 “Key to these gatherings is the invaluable opportunities to bring together Chinese businesses to exchange ideas and form mutually beneficial commercial ties with the Pacific island countries especially the private sector, small though they may be.

“It is an important space for China and the Pacific to promote opportunities that would strategically support the sustainable development and prosperity of our peoples and nations as well as mutually determine how we can overcome the challenges to investment and ensure growth in our region.”

At least 200 people have come from China’s private sector as part of the delegation. During the weekend, Samoa will hold a ‘Buy Samoa Made, Export to China’ exhibition at the Sheraton Aggie Grey’s for the benefit of the guests, including Chinese e-commerce tycoon Alibaba.

Samoa hopes to increase the exports to $300 million by 2025, more than three times what it is today ($90 million as of July 2019). The Samoa Export Plan II, which will be launched this year, outlines how Samoa intends to get there, with China surely a key component of the plan.

On Saturday, Samoa and China signed a memorandum of understanding on protocols on inspection, quarantine and veterinary sanitation requirements for marine fishing aquatic products for export.

This is in line with Tuilaepa’s vision to establish Samoa as major Pacific Export Hub for fish and agricultural exports to China and the world.

The exhibition is being held on the side of the China-Pacific Island Countries Economic Development and Cooperation Forum, which will be held at the T.A.T.T.E. Conference Centre on Monday.

“The success of this forum impacts directly our communities and will be testament to the importance of south-south cooperation,” Tuilaepa told the banquet guests. 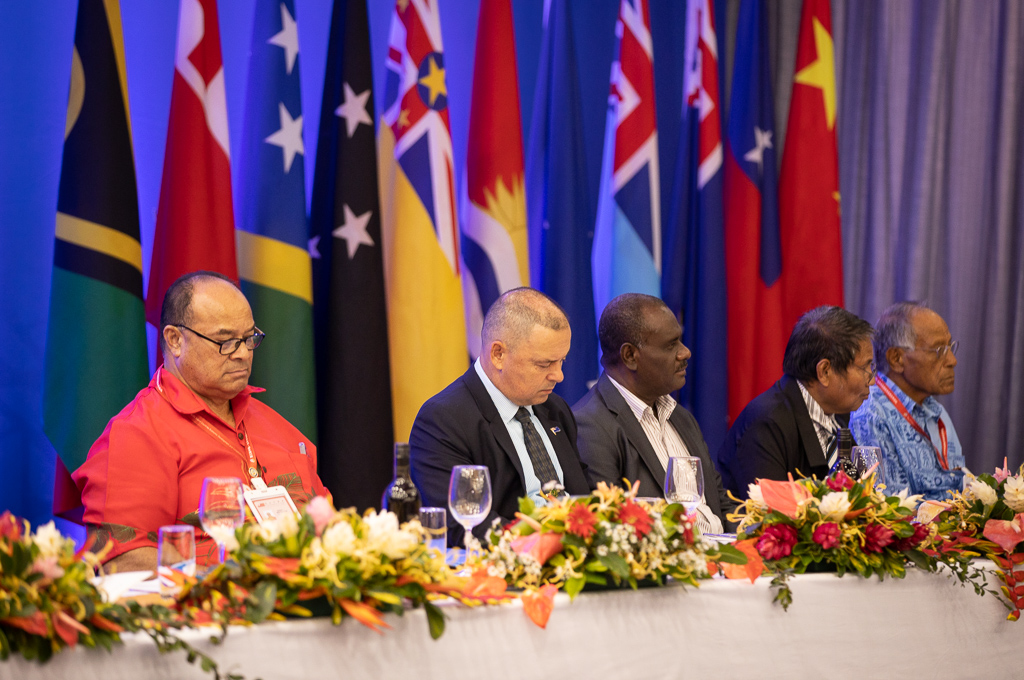 At the forum on Monday, each country will be given eight minutes each to give a speech, including the Secretary General of the Pacific Islands Forum Dame Meg Taylor, while Mr. Hu and Tuilaepa will speak for 15 minutes each.

At the conclusion of the forum, the nations will sign the China Pacific Islands Countries Programme of Action on Economic Development and Cooperation.

China and Samoa, who are jointly hosting the Forum have spared no expense on the occasion. At Taumeasina Island resort on Sunday, the road to the man-made island was lined with blue flags, which have also been scattered across Apia.

Large banners in Chinese and English have been stretched across the resort’s entrance, and a red carpet was laid out to the senior leadership’s room outside the ballroom the leaders waited before the banquet began. 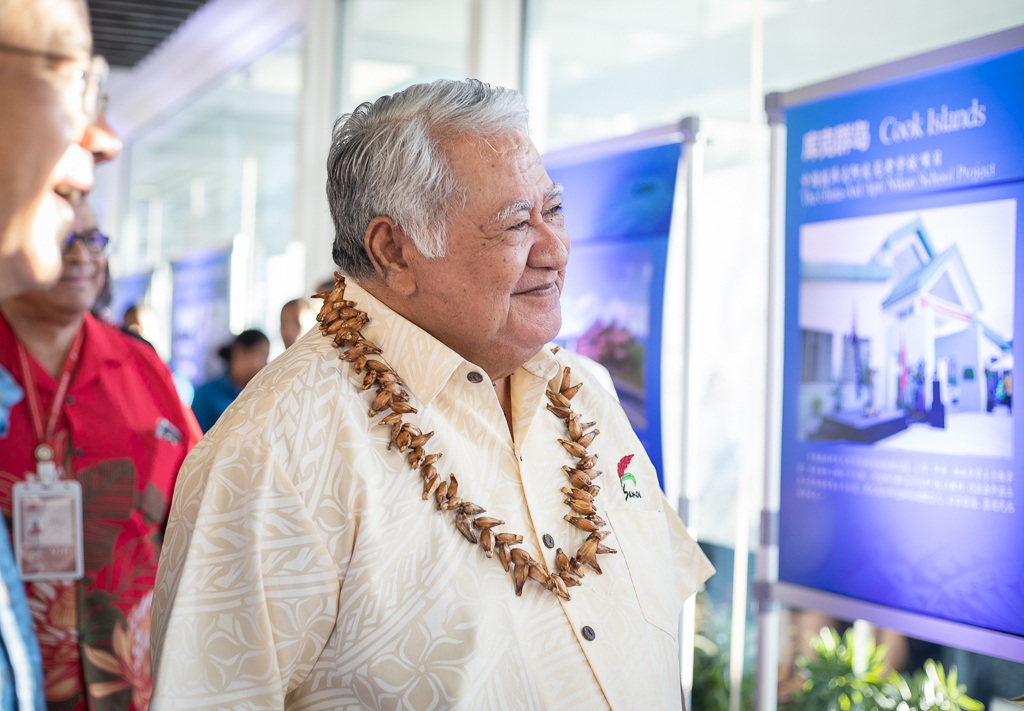 The general entrance-way was flanked with two television screens playing a video about Chinese and Pacific Island cooperation, and the foyer to the ballroom was lined with posters highlighting a development project China has contributed to each of the Forum members, including Solomon Islands and Kiribati.

The two nations recently changed their diplomatic alliance to China from Taiwan, and it is their first time attending the Forum.

Samoa’s poster showcased the China-Samoa Agricultural Technical Cooperation Project , as did the posters for Tonga, and the Federated States of Micronesia, while the Pacific Mini Games stadiums were displayed on Vanuatu’s poster, to name a few.

Inside the ballroom, dozens of tables were filled with private and public sector delegates sitting at crisp white table settings with gold trimming. An entrée of prawns and salmon entertained, before the speeches concluded.

Before the main course arrived, Tasi and the Alii’s gave a cultural performance including traditional dances reserved for men and women.

All phones were out and recording while the troupe performed to enthusiastic applause. 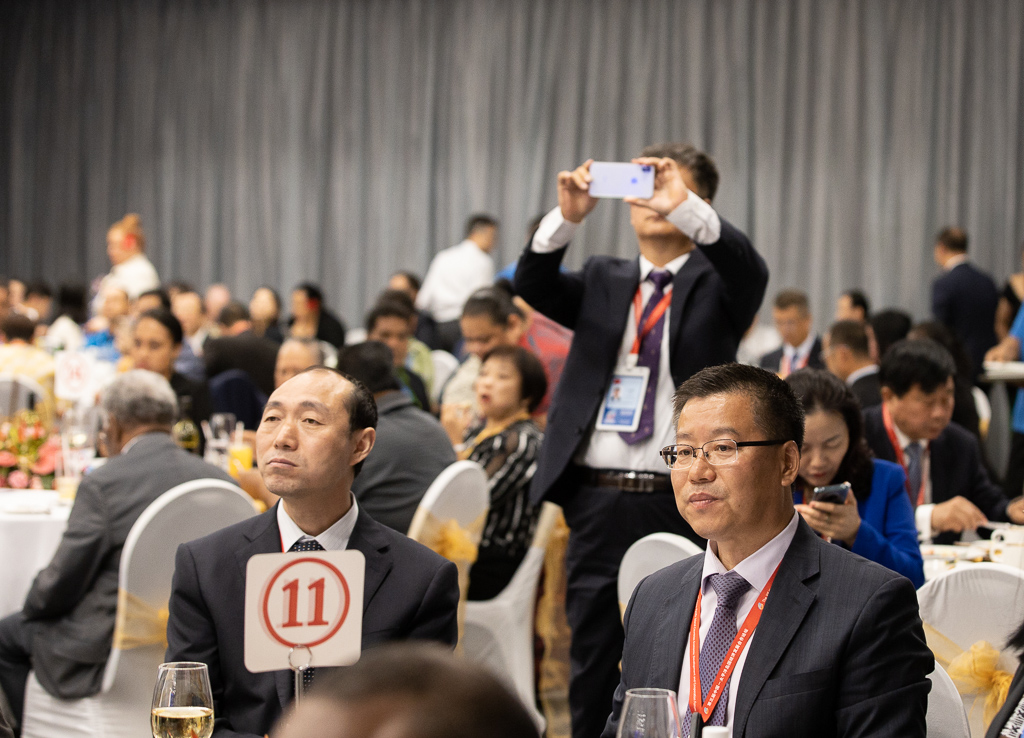