For a newly opened company that have just opened in April 2019, the owners and workers of the company have celebrated their expansion at an unprecedented rate which now extends to 22 units.

Speaking to the Samoa Observer, the Managing Director, Morry Sua was overwhelmed with the feedback from their customers with a short amount of time. 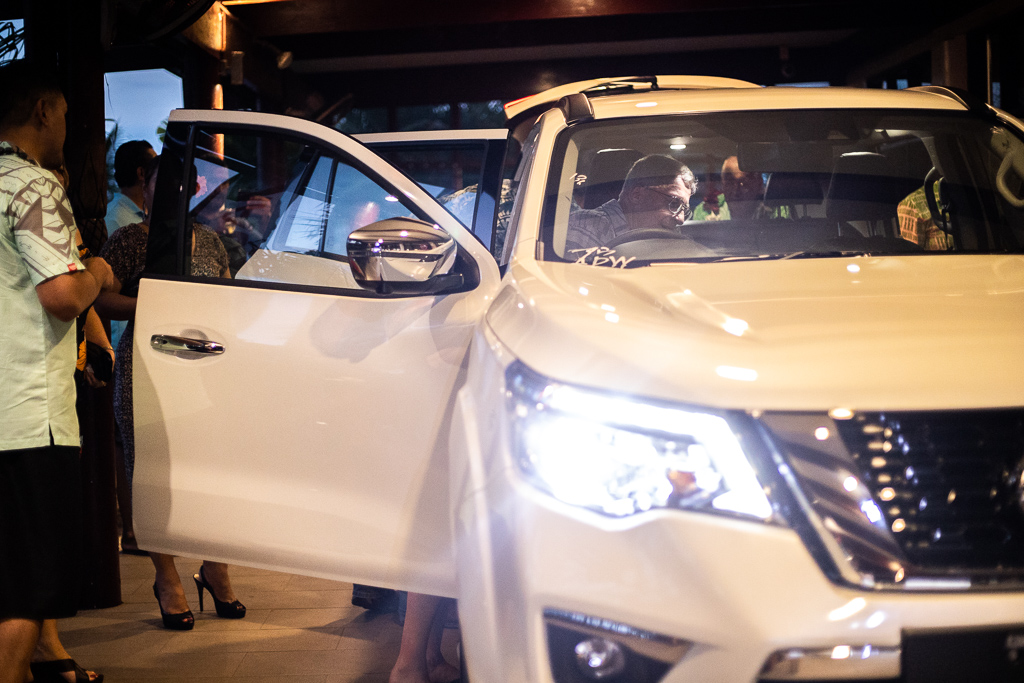 “This is our actual first S.U.V. (Sports Utility Vehicle) that we have landed into the country, we’ve actually only bought double cap pickups and single cab pickups so this is why we have launched this vehicle tonight, the Terra is because it’s our first S.U.V.," she said.

“To be honest, with our company being very new, this number is quite high just for a fairly new company to open in Samoa. The market is there but it’s just the matter of us going out there and introducing it to people and see what we have available and what Nissan can offer to them as well.”

The S.U.V. hasn't yet arrived in New Zealand and Samoa and the new model is also claimed to be an original combination that gives customers the confidence to take on any journey according to Ms. Su’a.

It can also give an on screen heads up when it detects moving objects near it.

The exclusive lanch was attended by Government officials, captains of industry, diplomats and Nissan families and friends at Tanoas’ conference room.

After keynote address spoken by Ms. Sua customers and guests were ushered outside to witness the reveal of the Nissan Terra vehicle.

The price cannot be identified according to Ms. Su'a but they would appreciate to be contacted through 36240 or email [email protected] for more information.