On his first official visit to Samoa, Chinese Vice Premier Hu Chunhua and his high level delegation were welcomed to the country with an ava ceremony and formal dinner at the Sheraton Samoa Aggie Grey's Hotel and Bungalows.

Government staff in cultural finery were led by taupou Davina Koria, principal finance officer for the Ministry of Foreign Affairs, while Tiatia Lima Graeme Tualaulelei, Clerk of the Legislative Office was the speaker or failauga for the Chinese delegation. 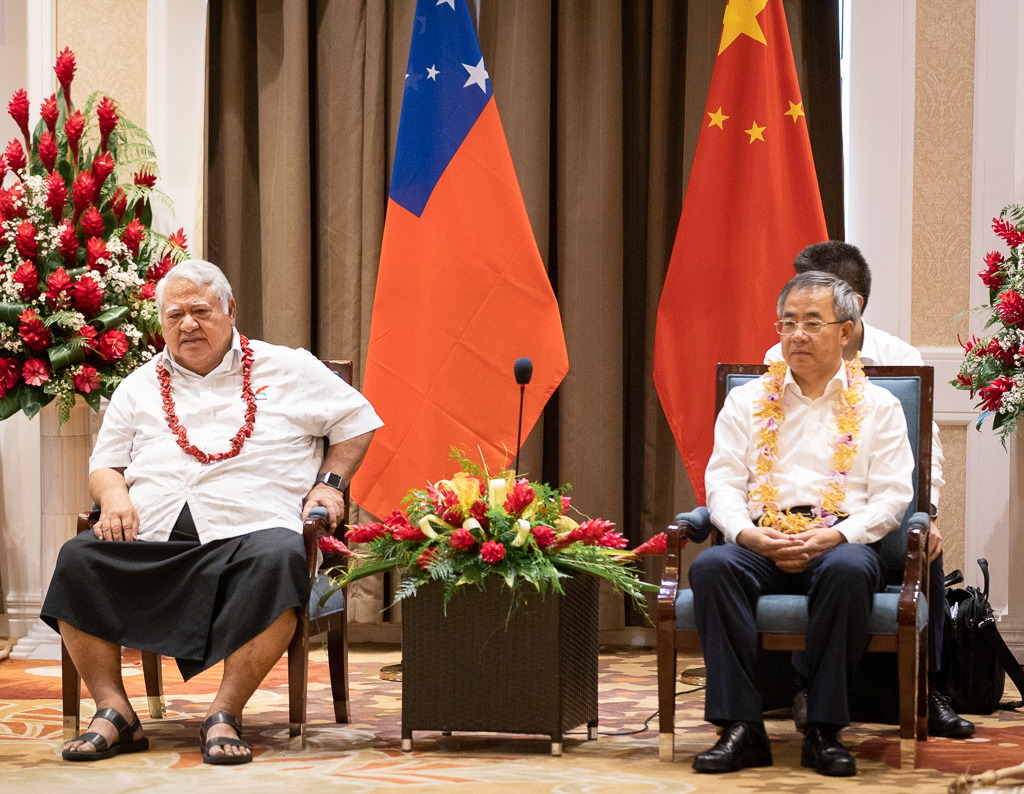 Prime Minister Tuilaepa Dr. Sailele Malielegaoi and Vice Premier Hu Chunua were seated beneath their nation’s flags at the front of the room, opposite the taupou preparing the ava. 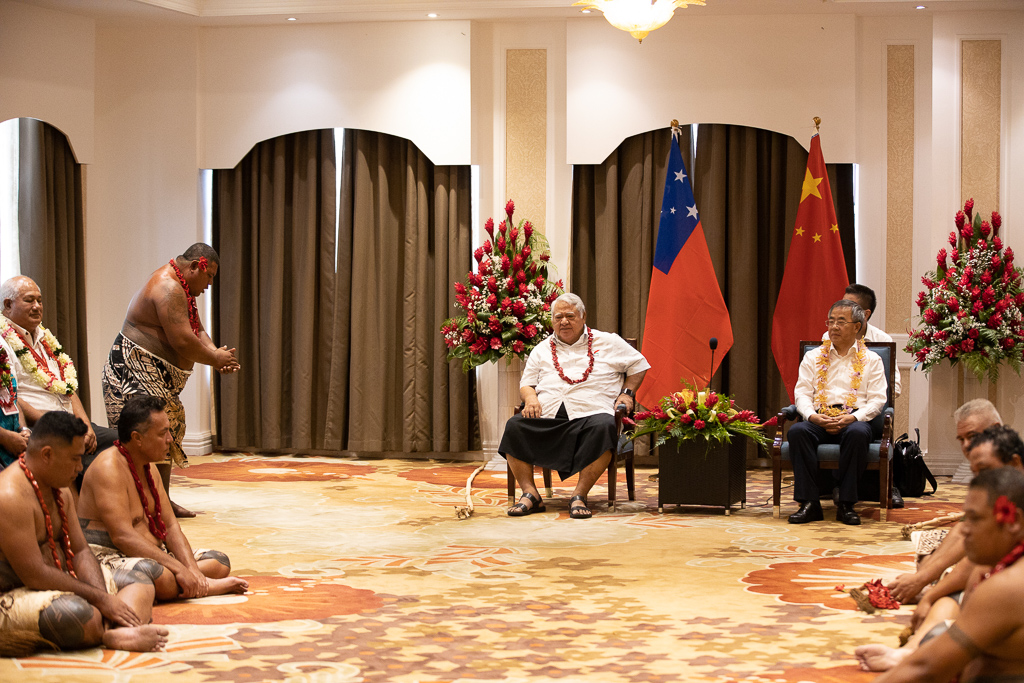 Immediately after the ceremony, the delegation attended a dinner hosted by Samoa. 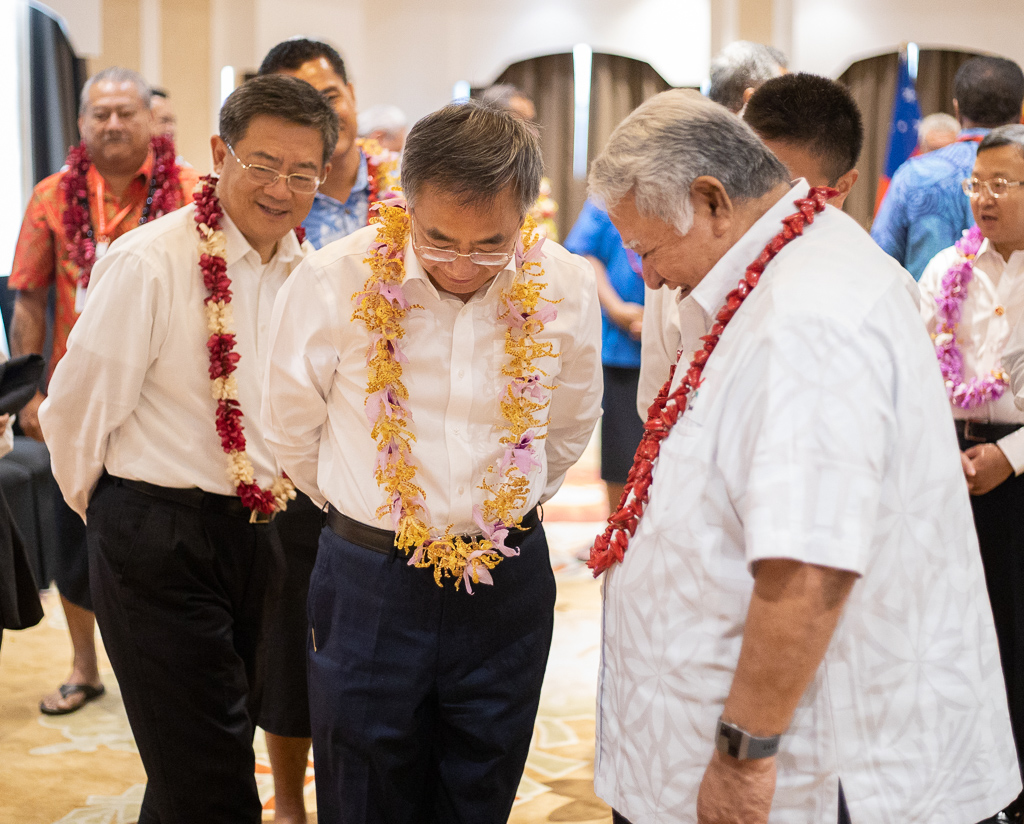 Mr. Hu is in Samoa to attend the 3rd China-Pacific Island Countries Economic Development and Cooperation Forum held at the T.A.T.T.E. Conference Centre this Sunday and Monday.

The meeting will revolve around the China-Pacific Island Countries Programme of Action on Economic Development and Cooperation, a development of the original agreement held in 2006.

Eight Pacific Islands, including Samoa, are party to the agreement. It is understood the Solomon Islands and Kiribati, who recently switched their diplomatic ties from Taiwan to China will also be attending the Forum. 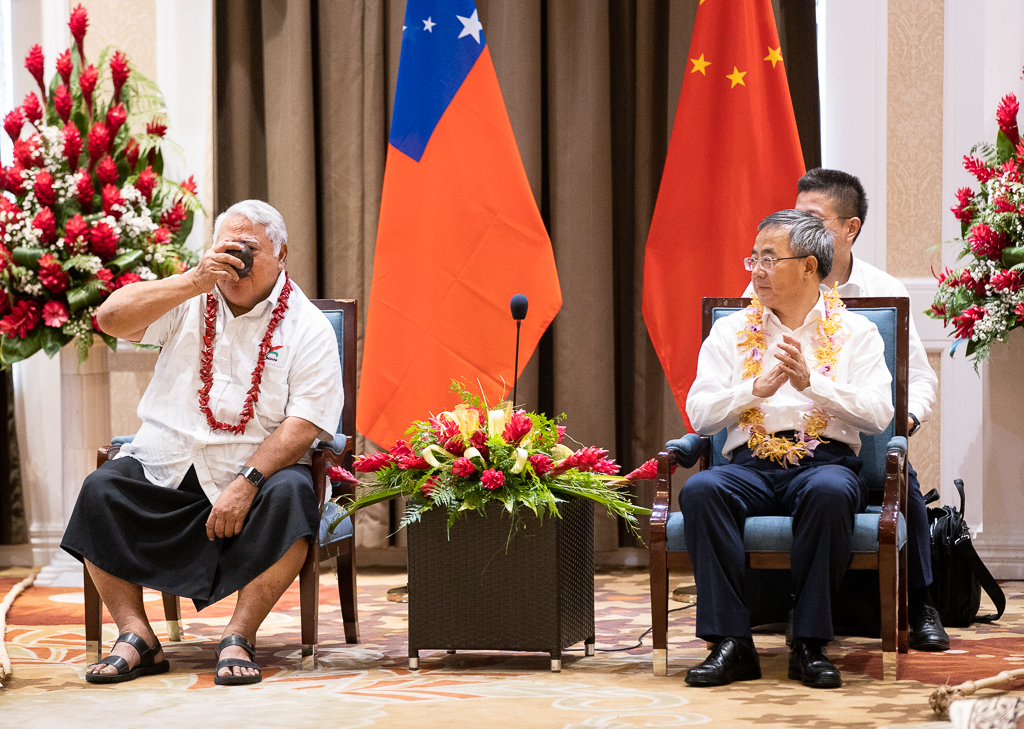