Accessories on government vehicles are the subject of a crackdown. (Photo: Vaitogi Asuiui Matafeo)

Ministries defying a ban on using taxpayer money to kit out Ministry vehicles will face consequences, the Ministry of Finance C.E.O. has warned.

This comes on the back of an investigation by the Samoa Observer which found some Government-owned vehicles loaded with extras worth up to $9000.

The Ministry of Finance C.E.O., Leasiosiofa’asisina Oscar Malielegaoi, in response to questions from the Samoa Observer, confirmed items such as "mag wheels" and tinted windows are considered extras and were banned following a Cabinet directive which the Ministry now enforces.

But inquiries by this newspaper have revealed multiple Government-vehicles with modifications not included in standard models: including two Ford Rangers and a Toyota Hilux.

Terry Hogan from the Australian company Grant Walker Parts – which has for 40 years specialised in the supply of vehicle supply parts – identified an extensive list of modifications to the Toyota Hilux, including its wheels, weathershield, door handle plates, tail lamp bezels, a canopy and a tow bar.

The year, make and model of the vehicle in question is not known but Australian based automotive security expert, Saad Hafiz, said based on the shape of its fender it was likely a 2008 to 2011 model.

A spokesman for Toyota Australia when asked to estimate the additional cost of the accessories compared to a base model for a 2011 edition of a Hilux said: "I would say upwards of maybe AUD$4000 possibly AUD$5000". (That equates to between roughly $7000 to $9000 tala.)

Mr Hogan identified the Ford Rangers as both having non-standard wheels. But he noted the purchase of accessories from suppliers other than the manufacturer could reduce their price. Cheaper wheels purchased from China or the Philippines, Mr. Hafiz said, could range in cost from about $2700 tala to $7000 tala.

The M.O.F. leads the Vehicle Taskforce under the Public Finance Management Government Vehicles Regulations 2015 as the Chairman is Leasiosio; its members include the C.E.O. for the Land Transport Authority and Commissioner of the Public Service Commission. 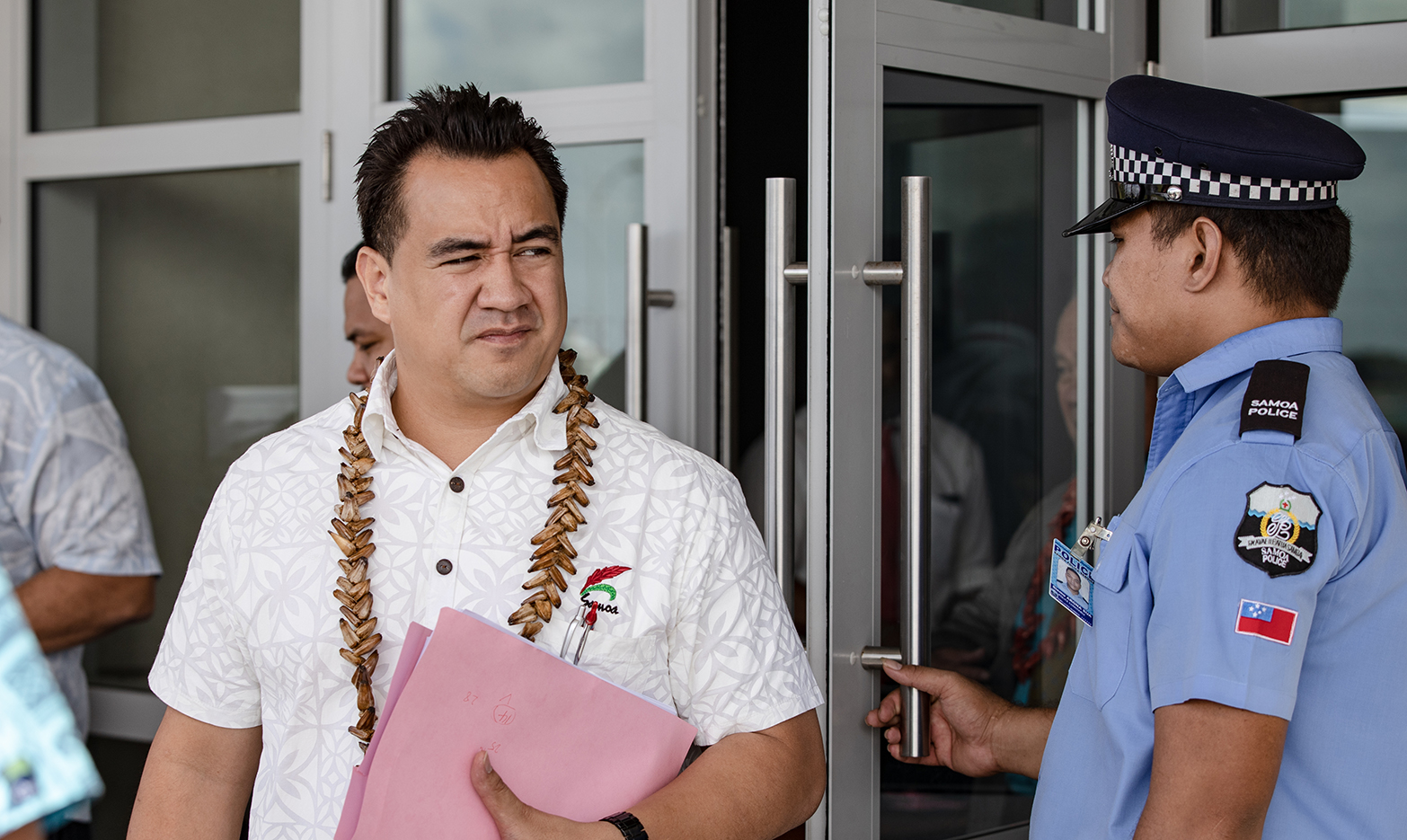 “All accessories are not permitted on Government vehicles. This is a Government policy of the Cabinet and we are now enforcing it. A lot of money is wasted on useless stuff,” he said.

Despite the hard line taken by the Cabinet, Leasiosio admits that certain Government ministries and state-owned enterprises continue to defy the Cabinet policy directive and they will be dealt with accordingly.

“We will work with Police to impound the vehicle and report the C.E.O. and or driver to Cabinet for non-compliance and necessary action," Leasiosio said.

“It is a strong regulation,” said the Police Commissioner, referring to the public Finance Management Government Vehicles Regulations 2015 and the authority given to the Police.

This newspaper inquired about the Request for Purchase (R.F.P.) for any government purchase which is approved by the M.O.F. and Leasiosio said that no accessories at all are requested nor approved by M.O.F.

He did not elaborate as to when this policy was first established. However, one vehicle that has come under scrutiny has the registration MJCA 10 (Ministry of Justice and Courts Administration).

This vehicle was purchased by the previous C.E.O. 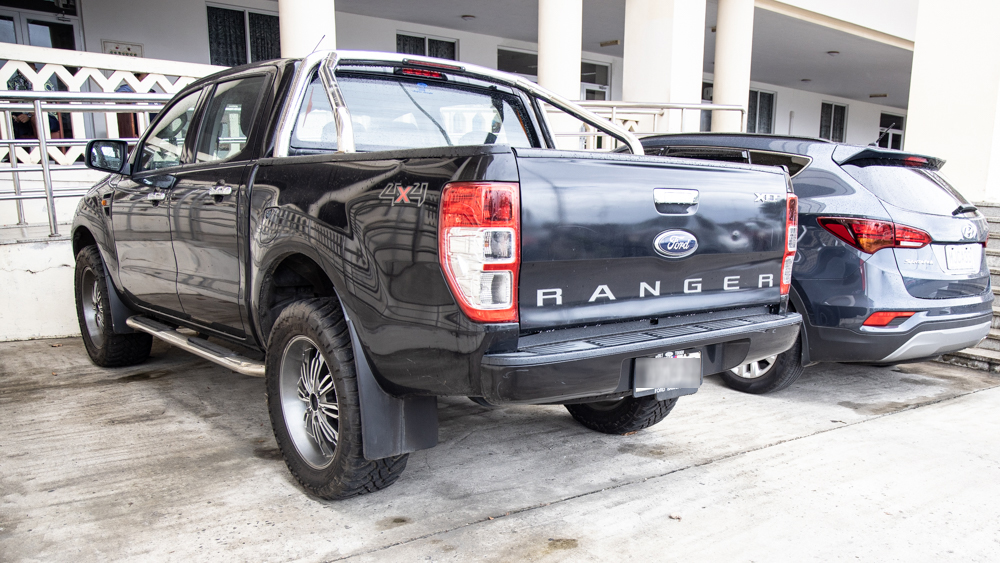 But the newly appointed C.E.O., Moliei Vaai, said the car was pre-ordered with accessories and she has no choice but to remove the accessories.

"It is what it is, we can’t change the policies but we have to abide by it."

Mrs. Vaai also confirmed the Ministry of Finance has banned all Government-owned cars with accessories from getting fuel at the government-owned fuel station.

Another vehicle sighted with accessories belongs to the Ministry of Natural Resources and Environment (M.N.R.E.) with the registration (named).

To date the Ministry C.E.O. Ulu Bismark Crawley did not respond to questions on this particular matter sent to him through email and telephone calls as of last week.

Moefa'auouo Salale Moananu, the C.E.O. for the Samoa Sports Facility Authority, did not respond to questions. E-mails left with the receptionist for the General Manager were also not returned. 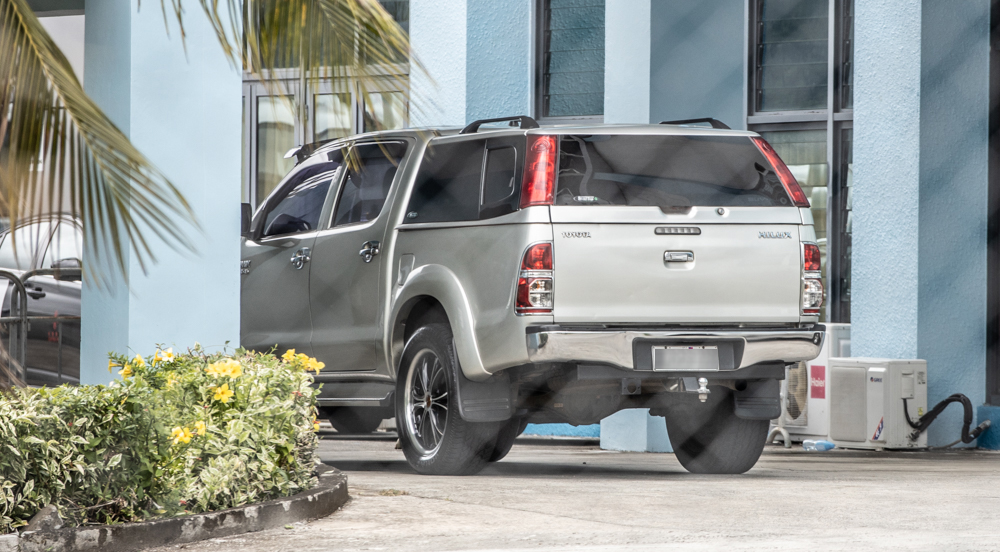 The 2015 regulation makes it the job of any Ministry C.E.O. to ensure any prohibited accessory or part is not affixed to or displayed on any vehicle.

Under the regulation, a Police officer can stop a vehicle and remove any prohibited accessory or part that is affixed or displayed on a vehicle, and have it stored alongside other Government assets.