The company that has been awarded a $2million contract to build a high security fence around the Tanumalala Prison has been given an ultimatum.

The Minister of Prisons, Tialavea Tionisio Hunt, told the Samoa Observer the Government has given Transwork Construction Company until the end of the month to finish the project.

“The contract indicated that the project should have been completed in August, prior to the prisoners moving in,” Tialavea said.

“But there were complications and the weather was also a major factor. Another issue was the rocky terrain which means more work was required for foundation of the fence. This is why the project was delayed.”

But the Minister said the company has been told to finish the project as soon as possible, in light of the recent incident at the new $18.2million facility where two prisoners managed to escape.

The new prison was officially opened in August 2019. It caters for about 700 inmates.

But the high security fence remains a big concern.

The Samoa Observer visited the Transwork Compound in Falelauniu. Messages were left with the receptionist for the Manager, Masoe Mua, on Tuesday.

The messages were not responded to.

On Thursday, the Samoa Observer contacted the Transwork via phone for a follow up.

The receptionist, who refused to give her name, said: “I’ve already told him, but he’s busy with his meetings, so…”

In the meantime, Minister Tialavea told the Samoa Observer a directive was given to the company that the fence should be completed by the end of the month.

“However the reports say the terrain is rocky and it’s difficult to break through. They did not expect this area to be rocky and the bad weather has led to the extension of the contract.”

Asked for a comment, the Vice Chairman of the Tender’s Board, Papali’i Niko Lee Hang, told the Samoa Observer that if the contract is behind, there should be repercussions.

“The contract was awarded with certain conditions and if those conditions are not followed; the Ministry should inform the Tender’s Board,” he said.

“There are penalties in place for such contracts.” 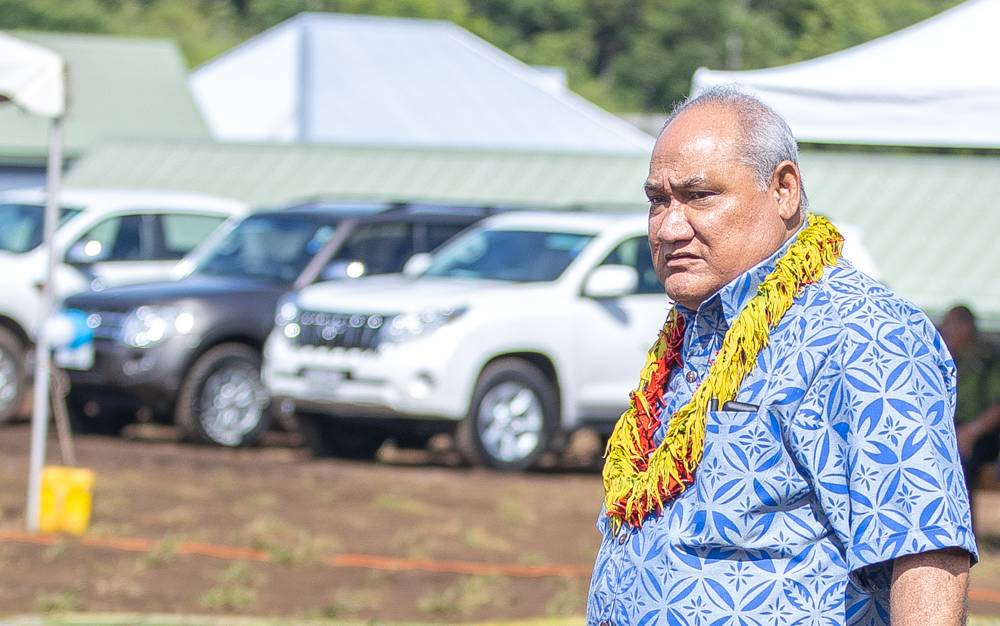