Manu Samoa have played well through the first half of their game against Ireland, but trail 26-5 in their final game of the Rugby World Cup.

Irish second five, Bundee Aki was red carded for a high tackle which saw his shoulder hit Ulupano Seuteni’s face, but his team have recovered so far in a match which seems closer than the scoreline suggests.

Ireland came in needing a bonus point win to secure a quarterfinal place, and seeking tries they turned down an early penalty shot at goal to put Manu into the corner. 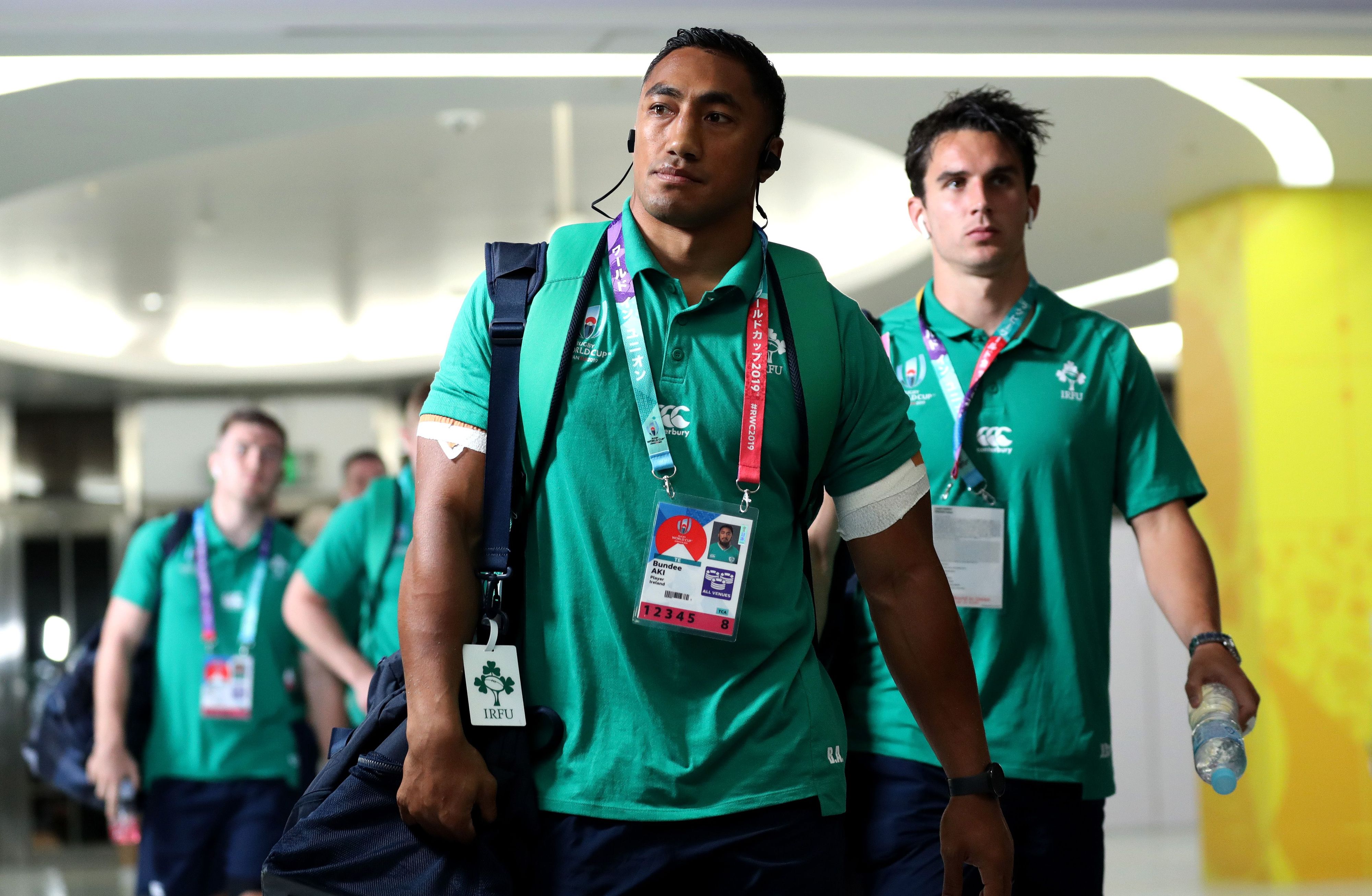 Their lineout maul drive couldn’t be stopped, with captain Rory Best getting Ireland’s first score in the fourth minute.

Seilala Lam received a yellow card soon after for what was deemed a high tackle on Cian Healy.

The Irishman dropped significantly going into the tackle, providing a mitigating factor, but Lam was still sinbinned for his shoulder making contact with Healy’s head.

Ireland doubled their lead in the ninth minute through prop Tadhg Furlong, as they kept the ball in tight after another strong lineout maul.

A penalty against the Irish scrum allowed the Manu to kick to touch inside Ireland’s 22 metre line, but James Ryan made a great play to nip in front of Chris Vui and steal the ball.

The Irish got it back into Samoa territory, and a slick run and pass from fullback Jordan Larmour set up Johnny Sexton to score in the 21st minute. 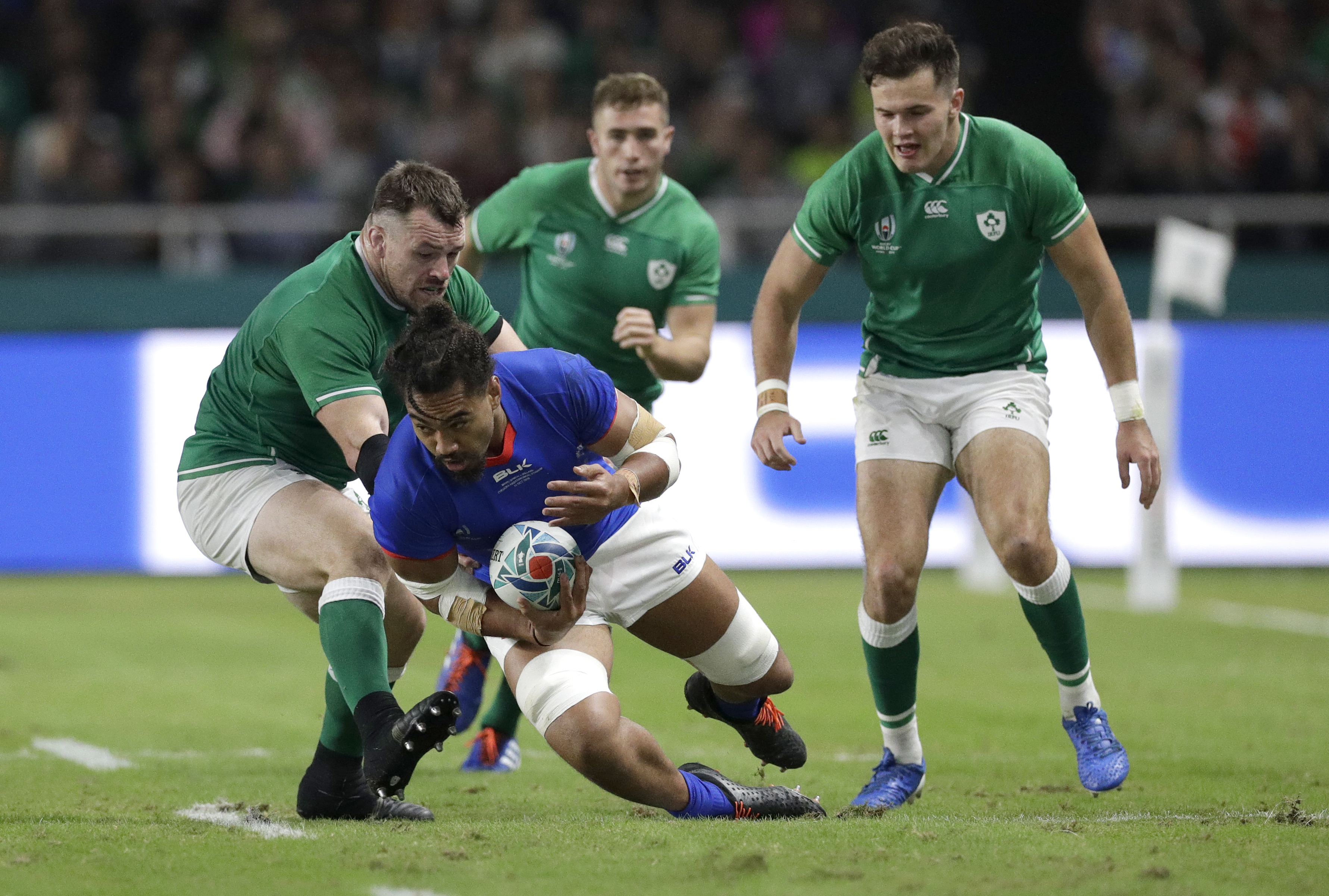 If the Manu were needing inspiration having played well for no reward, they got it from lock Kane Le’aupepe who made a huge break into the Irish half.

Ireland were penalised at the subsequent ruck when the tackler didn’t roll away, giving Manu a lineout inside 10 metres.

A couple of great one-off phases later skipper Jack Lam crashed over to score in the 25th  minute.

Henry Taefu couldn’t convert, but Samoa had their foothold back into the game.

Ireland second five Bundee Aki received a straight red card a few minutes later, for a similar tackle to Seilala Lam’s only without the mitigating factor of the ball carrier ducking.

Ulupano Seuteni had to go for a head injury assessment because of the tackle, with Tusi Pisi replacing him at first five.

The Manu held possession for most of the next five minutes, but couldn’t get the ball into Ireland’s red zone.

Jack Lam was penalised for being off his feet at the ruck in the 36th minute, allowing Ireland to mount their own attack from 20 metres out.

They went through plenty of phases and were eventually held up over the line for a five metre attacking scrum.

Halfback Conor Murray passed to Sexton on the blindside and the first five dummied and went over for his second try, securing that crucial bonus point with the last play of the half.