The journey to fulfil his dream to play international rugby sevens has begun for Aana Chief player Tuna Tuitama.

The 19-year-old from the villages of Mulifanua and Faleasiu has taken his first step to debut for the Manu Samoa Sevens team and is flying to New Zealand to join the team.

In an interview with the Samoa Observer, he said he started learning how to play rugby at the Mulifanua Primary School and than Leulumoega Fou College where he continued to play.

He also represented the school in the athletics carnival but it was at the school's rugby competition where he got spotted and was connected with the Samoa Rugby Union.

“From the schools rugby games the Samoa Rugby union office started to notice how I play, but I try my best to achieve my goals to be selected in the Manu Samoa Sevens team,” he added.

Idolising All Blacks center Rieko Ioane, Mr. Tuitama said he was determined to follow in the footsteps of the New Zealand rugby star.

“My favorite player in rugby was Rieko Ioane and I was aiming just to be like him and target to play with him but now I am in the Manu Samoa Sevens team,” he said.

Mr. Tuitama has played for the Aana Chief rugby club 15s and sevens teams, and from the rugby club's sevens team he was the selected player for the Manu sevens squad.

He also said in his family he is the second oldest in a family of five and he trains every day to keep fit as well as listen to music.

“Now I want to make my family proud and work hard on the talent that God has given me to work on,” he said.

Mr. Tuitama flew to New Zealand Saturday morning for the team camp for the upcoming Oceania Sevens and HSBC World Sevens, which he hopes will further his career as a rugby player. 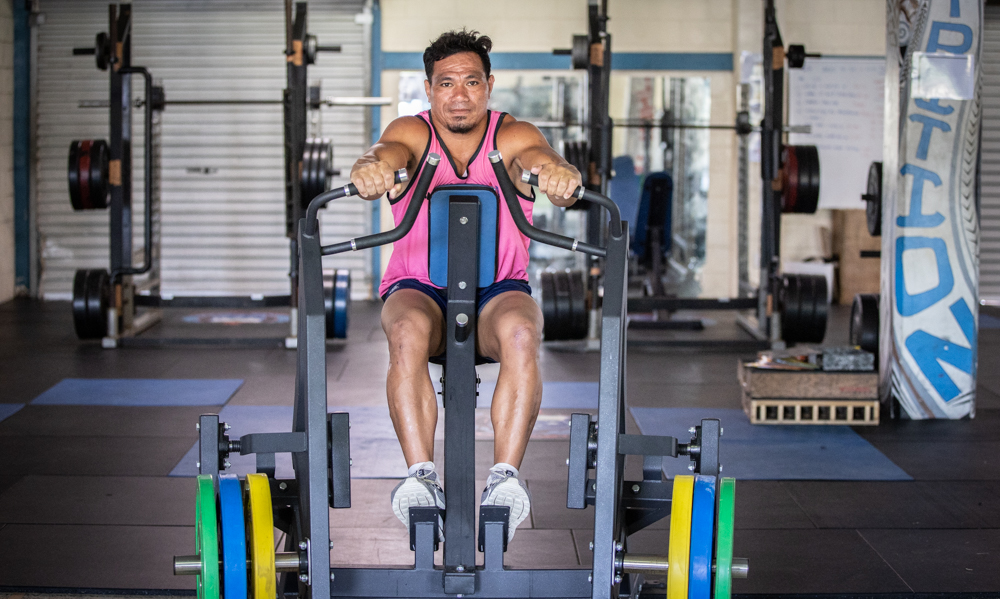 The 28-year-old Tipaula Sapeti of Safotu and Salelologa in Savai’i is another player, who is the verge of debuting for Samoa in the rugby sevens competition.

He said his rugby journey started when he watched the first televised game as a young boy.

“My interest in rugby start when I watched rugby games on television and when I watch I ask myself if I can do what those people are doing,” he said.

Mr. Sapeti attended Safotu Primary School in Savai'i, back then they use to play rugby with other students using a stick as a ball.

“I started from Safotu primary schools and then went up-to Alofi-O-Taoa College, and then I started to set a goal for myself wanting to become a rugby player," he said.

Sapeti told this newspaper he was a farmer back in Savai’i and later changed jobs to become a bread maker at his family's shop.

He also used to play rugby fifteens, but in 2017 he was introduced to rugby sevens and the first game he played was in Savai'i, for the Frankie Tama Uli club.

“I thank our team coach Matamua Junior Salima for helping us the boys from Savai’i to develop the talent of rugby, which I am here today,” he added.

Mr. Sapeti said he is aiming for the top and hopes to play for the Manu sevens rugby team and develop his skill as a rugby player.

And in order for him to reach his goal, he had to praying [fasting] to God and give to the lord his needs and aims, while keeping an eye on the antics of Kiwi rugby star Sonny Bill Williams.

Mr. Sapeti is also heading to New Zealand for the team training camp for the upcoming Oceania 7s and the HSBC World Series.